You Reap What You Sow #EndViolenceAgainstWomen

Good article about fighting back against the MRA trolls in the Internet neighborhood. 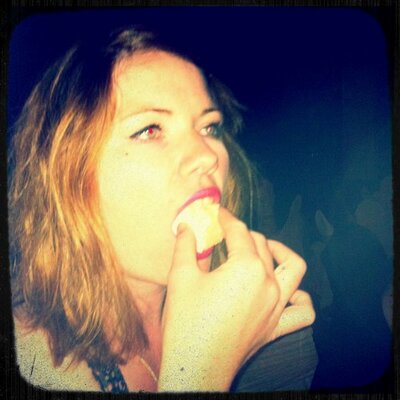 “Have had 3 people this morning respond to an img saying I should be raped with a soldering iron with a variation on 'you reap what you sow'.”

Shared … with many assertive and organized women and allies. Thx.

This sounds like a great solution - violence and threats against women are often difficult to confirm as the perpetrator can count on some level of disbelief and lack of proof, but here threats can be documented and sometimes traced back to the person. I guess you reap what you sow! For what it’s worth, consequences for abusive behaviour are part of growing up and becoming less abusive, so they may actually end up being good for the asshole writing these tweets too.

Whenever I see these abusive tweets though, I have more or less the same reaction as I do with rampage shootings. What went wrong in the guy’s life up to that point that made him think that this was an appropriate thing to do? The correct response to abuse is important, but the fact that it’s necessary at all, and so often, is just depressing.

Accountability that helps shift a cultural norm away from tolerance of coercive behaviors and toward an expectation of consensual interaction should generally contribute to reducing risks of harm from mental health trauma in a community and also enhance protections. Everyone benefits, including more or less culpable perpetrators of harm who, at other times in their lives suffered injuries or harm.

From a public health perspective, the goal of social accountability of community members to consensual relationships (e.g. as opposed to punitive accountability to the moral ideas of a particular group within the community) also helps reduce the net sum total of harms suffered from trauma: anxiety, depression, self-medication, suicidal ideation, etc.

From a public health perspective

Are you a fellow “public healther”? I’ve shifted into epidemiology proper, but it’s all still public health.

Yes, in spirit. I discovered the social justice work and history of public health recently as part of other work, and the clouds parted.

It’s such an amazing field! That’s so cool that you’re doing that job.

After 20 years in IT, I needed something that I could really get behind, something with a heart and soul. I hope that you take your interest full-tilt and consider a degree in it or something like that. The public health fields need more people like you who can think and write clearly.

Thank you! I saw a presentation on a community mobilization project for violence prevention from the Seattle area and felt immediately curious about the program at UW.

Are you interested in violence prevention work? Your background in IT must be hugely useful.

My research has been on pharma and surgery, with some work in health policy. But I’m not against violence prevention

It’s all rooted in the same theory.

What you’ll get out of studying public health are research methods and critical thinking about previously published research. This means that you will be able to design interventions that work. So, take violence prevention efforts. With more knowledge of research methodology, you will be able to put together new strategies for violence prevention that are based on stuff proven to work and published in the literature and systematically collect data to better inform your next round of interventions. That’s the true power of a public health degree: you will be able to make stuff that works.

Thank you, @awjt. I really appreciate the guidance!

Are there programs or projects doing violence prevention you think are worth investigating?

I like that your research interests include community. Some researchers or project managers in public health have a more clinical focus and seem less curious about social justice questions.

Are there programs or projects doing violence prevention you think are worth investigating?

The Adverse childhood experiences study: a springboard to hope

Lots and lots of good work being done under that umbrella.

Yes! And those are terrific links. I just shared them because concise & authoritative.

There’s been a lot written since but still wow.

*Apologies I can’t seem to figure our a link shortcut on my phone, and I space the html.

ACE score of 8. Nothing I didn’t already know.

Looks like @funruly has nailed it. Also, you ought to plumb the depths of Pubmed with very specific searching. Here is one way to keep organized for that:

Read this link inside the ACE study page: http://www.cdc.gov/violenceprevention/acestudy/about.html
On that page are two papers, with bibliographies. Those bibliographies are likely to give you a metric assload of reading. From which, you can write down a list of your own questions and key terminology to then jump on pubmed with those terms and search for more recent stuff. One of those papers was 1998 I think, and I know there has been more recent research, but you should go back to the roots of violence prevention and read up to now. This is how I’d do it.

If you live near a major metro area, chances are good that you will find somebody trying to build a trauma-informed community of inter-connected service providers. And they would almost certainly welcome helping hands, so it’s a great place to network and see the application of the theories/interventions.

This is cool. The volume of reading is overwhelming. But your suggestion to identify key words from the literature during the process to narrow the search will help curb my weaker habit of arbitrarily choosing key words from my best guesses. Thank you!

Yes, I think that’s partly how the field is catching attention from other fields.

Law enforcement and district attorneys in particular can be much less reactive when discussing gender violence in the context of trauma prevention or early intervention.

While there were three or four questions I could have answered differently, my most honest number is 0. My parents would physically discipline me basically every day from age 3, but I always understood that they wanted the best for me. They had rules, and they always kept to them. I knew when, how, why, and how much I would be hit, and I knew that my parents would never hit me if they were angry or embarrassed. I always felt sorry for the kids whose parents would shout at them and not hit them, and there was a huge difference between my experience and that of kids whose parents would take out their frustration on them or not respond for a while before snapping. I’m pretty sure all of my extended family would be 0 too, apart from those who were adopted into it. All grandparents, uncles, aunts and cousins are/were pretty happily in their first marriage (aside from one aunt whose first husband died before she met my uncle). The same seems to apply with the churches I’ve been to - the one divorced couple I knew in that context got back together about 25 years ago and are still doing well. A lot people I knew had jobs where they supported others - doctors, nurses, teachers, social workers, counsellors, mentors, missionaries (yeah, I know - my point is that they chose the job in order to try to help others). I could see evidence that they valued a better community more than higher pay, as they often gave up the chance of a better job to do this. I know plenty of people in those churches who had traumatic childhoods - it’s just not something I’ve seen them repeat with their partner or kids. There were a number of mentally ill people, just not violently so. I’m also not isolated enough not to have seen abuse in other places, it’s just that all of that happened to other kinds of people.

Aside from the things the article mentioned, these kinds of experiences probably have a lot to do with someone’s impression of whether people are generally good and trustworthy or not. Abuse seems to be quite unevenly distributed, although it can happen anywhere. You gain a lot from feeling that you could basically trust anyone around you and people would help you if you needed it (and having people around you who didn’t abuse that trust). You’re also less likely to see people as capable of reform if you were surrounded by abuse rather than seeing the odd ‘troubled’ person. I’m not saying that one perspective is correct or anything, it’s just interesting to see the effects of a supportive community (rather than just a nuclear family) in addressing the effects of abuse and preventing it from being passed on.

ACE score of 8. Nothing I didn’t already know.

I dug through that page and found the assessment. It was a higher score than I’d like to admit, but like @chgoliz, no real surprises.

Yeah, no real surprises, about middle of the scale for me. I’m going to go kick the dog a few times. Just kidding, no I am not.