Hey, McDonald’s didn’t achieve market dominance by having each hamburger be a special snowflake, did they? Sameness is the key to success. This time, I can almost see it coming - it’s the setup for Classic Barbie.

The Barbie Murders will never be the same…

The Barbie Murders is a science fiction short story by John Varley. It was first published in IASFM in January/February 1978, and subsequently reprinted as the title story of the 1980 Varley collection The Barbie Murders And Other Stories, later reissued as Picnic on Nearside. It was the second story to feature Anna Louise Bach as a police officer on the Moon, after "Bagatelle", which takes place much later in her career when she becomes the Chief of Police. Subsequent Bach stories appear to occu...

They could’ve put gyros in them, or make the shoes 52cm. (well…to scale) or kung-fu grips (like 6 each…or do kids just use frog tape) without having to switch to all-natural materials, not make fun of '80s Lane Bryant X3 patterns (pattern shaming…yeah fine there are sharpies), or pack in pumice stones, Tank Girl face stickers and UA stuff.

This seems like the kind of announcement over which the friendly friends at Fox and Friends would have a conniption fit. Love it!

Where is Dad Bod Ken? 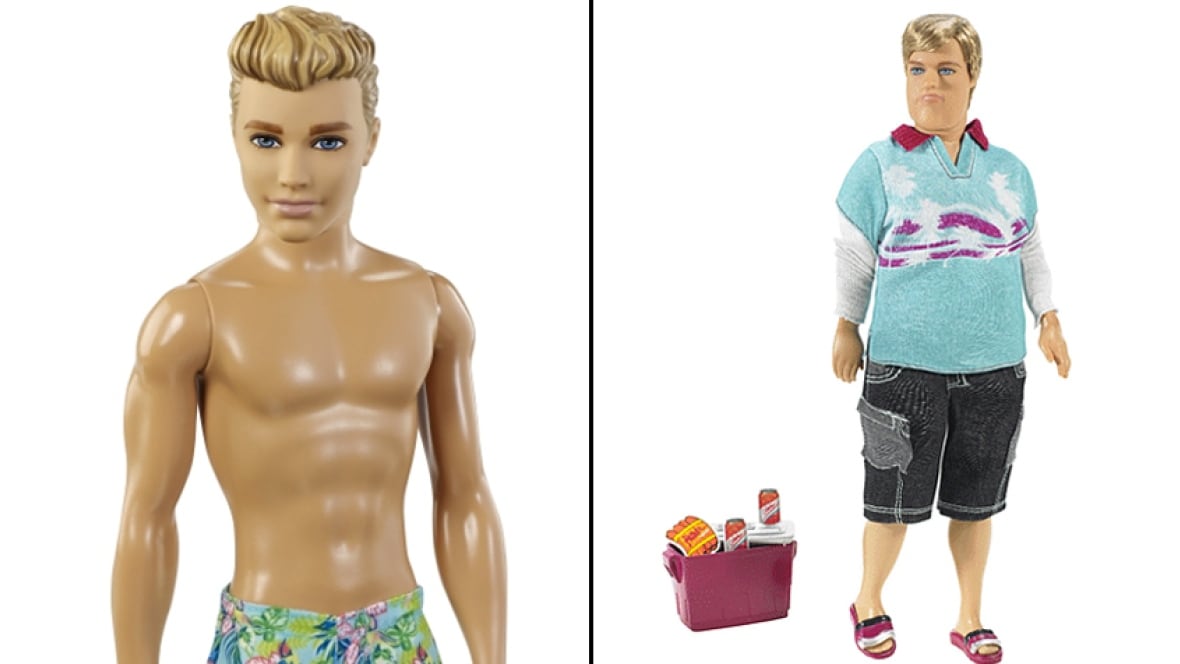 Men call for #DadBod Ken dolls after Barbie gets a makeover

Children have more options than ever before when it comes to what their Barbie dolls look like. But what about adult men?

Mattel, too little too late. After a lifetime of affecting body images without giving one single crap you can’t trick us into thinking you care.

Also, when my girls were younger, they transitioned a few of their girl barbies into kens. They cut their hair and dressed them in boy clothes. They even taped toilet paper around the boobs so the chest wouldn’t show when wearing ken shirts… I thought it was awesome.

McDonald’s didn’t achieve market dominance by having each hamburger be a special snowflake, did they?

Their market research must have told them that biting into a giant ice crystal in a bun made an even less fulfilling dining experience. But props for thinking outside that particular box you saw!

Well, remember that corporations are groups of people, and as younger blood enters, new ideas and perspectives enter. It’s not a bad thing. How many companies that are still operating supplied Hitler? I drive a VW, and relatives of mine were killed in the Holocaust. In the scheme of things, allowing Mattel to grow up is probably the best possible outcome.

allowing Mattel to grow up is probably the best possible outcome.

Except this decision was made to curb declining Barbie sales, not out of a moral turnaround. It is corporate marketing masquerading as a moral shift. I do agree these new dolls are an improvement whatever the impetus.

I drive a VW, and relatives of mine were killed in the Holocaust.

VW might not be the best example in light of recent environment killing sneaky manipulations of late. Their moral compass still needs some adjusting.

remember that corporations are groups of people

No, corporations ARE people. legally. without the accountability. most of whom serve a single goal, the bottom line, at the expense of everything else. there are exceptions of course, but they are the exception. the larger the corporations, the few exceptions you find. late stage capitalism.

And yet still almost every word out of their mouths is about how they look. Not one of the little girls looked into the barbies’ souls to see if they were beautiful people on the inside. So superficial.

Hmm, two days in and not one comment about how it’s a real Problem that no boys are shown interacting with these Barbies. Have I logged on to some phishing clone of BoingBoing in error??

Ask and yee shall receive. The boy is seen giggling with two female friends as they play with the dolls before he says 'Moschino Barbie is so fierce!' as he holds Barbie's purse.

Thanks, my faith in the BB community is renewed!

Is that really the Daily Mail and not some parody site? (I refuse to turn off Kitten Block. It would be really bad for my mental health.)

I thought they would be frothing at the mouth at the feminisation of our boys or something.

Here is a CBC link just for you! 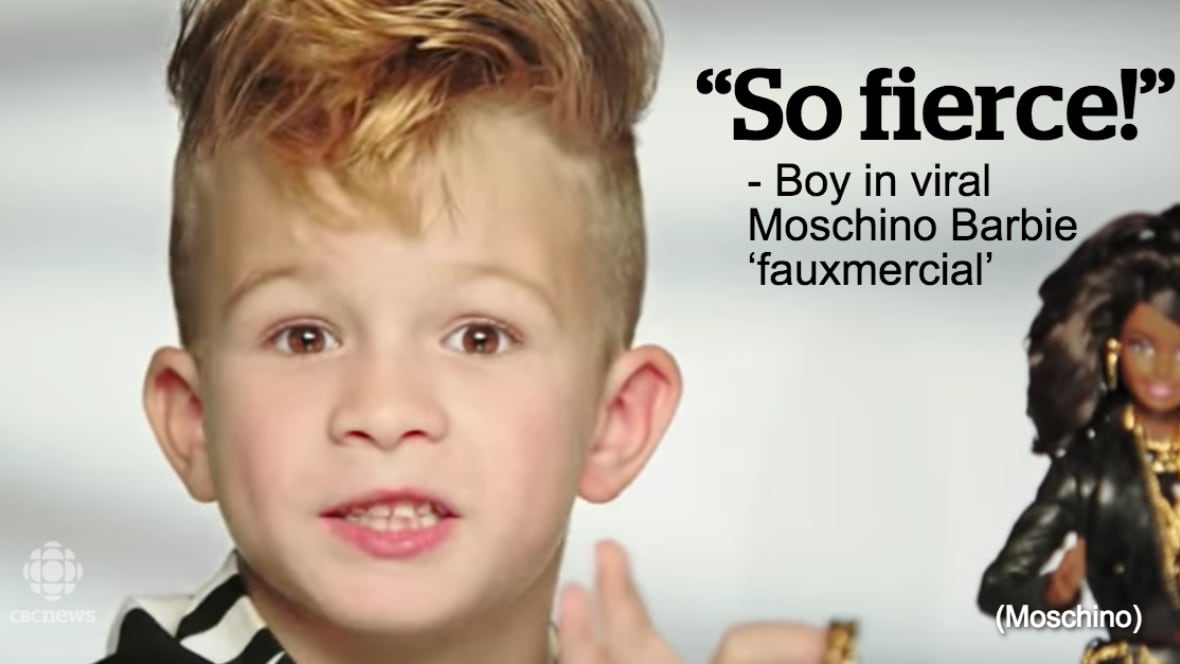 The online world collectively lost its mind this week over the fact that a little boy was starring in a Barbie commercial for the first time ever.

And yes, it really was the daily mail, and they described the little boy as “adorable”.