A more odious creep would be hard to find. 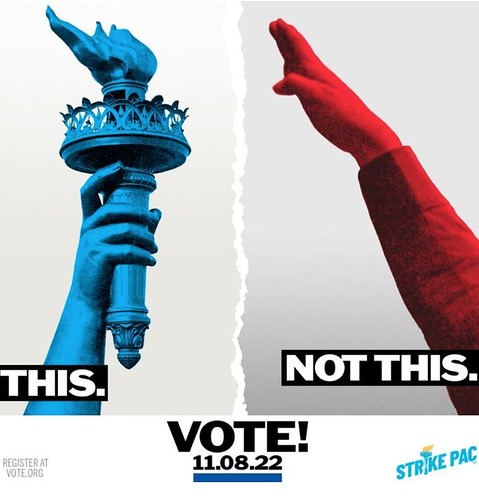 I don’t really care about the Zuckerbot’s personal net worth, since however you look at it his great-great-grandchildren will be set for life.

What I do hope is that his toxic company crashes into the rocks of its Web3/metaverse aspirations to the point of finally losing its grip on society. The alternative is that it will continue to do massive damaget to all of us in new ways. Unfortunately, due to the company’s semi-monopoly status, there isn’t much room for a middle course between those two outcomes.

A more odious creep would be hard to find.

[Elon Musk has entered the chat]

@beschizza I beg you please fix this- per the cited article and several others, he’s now the twentieth wealthiest. Unless you meant “third cringiest”

I work in the VR industry, and many folks working in AR/VR are, perhaps non-intuitively, both rooting for Meta to be highly technically successful and rooting for it to fail catastrophically as a business at the same time.

Almost everyone working in VR cringed VERY hard when Oculus allowed Facebook to buy the company. Their history of disregarding privacy and treating their users as a product to be sold to others felt like very bad fit for a company that would be shaping the future of VR. But the founders of Oculus (some of whom got burned pretty badly, in the end) have defended that choice as “maybe the wrong decision for us personally, but the right decision for AR/VR.”

The field needed the kind of bottomless funds that only a megacompany like Facebook could provide to do the expensive, time-consuming research necessary to solve some of VR and AR’s harder technical problems. And then everyone else in the industry could look at their solutions and take advantage of the end results.

“What answer did you get for problem 3? That’s amazing! That was totally the same answer we got!” [hurriedly scribbles notes down]

Honestly, from the point of view of the entire tech community, the best case would be for Meta to unwisely pour all available capital into solving the hardest unsolved problems in AR and VR, then go bankrupt, leaving a wide array of smaller, significantly less evil companies to then go use that tech to do better, more positive things.

@beschizza I beg you please fix this- per the cited article and several others, he’s now the twentieth wealthiest. Unless you meant “third cringiest”

Correction: Zuckerberg is the twentieth richest person in the world, not the third. Boing Boing is delighted by the error.

Boing Boing is delighted by the error.

Apple iOS 14 changes last year that made tracking harder for advertisers took a big bite out of Meta’s earning power.

I worked at a tech company that relied heavily on mobile ad revenue when this came out. Everyone treated it like the apocalypse and was freaking out. I was biting my tongue a lot and feeling pretty smug internally because I thought our business model was pretty evil and I want to see all this ad tracking shit end. The company pivoted to other revenue streams and survived, but a lot of marketing people lost a lot of sleep for a while. Good. Be less evil. I’m glad to see how hard that hit Facebook.

This is part of why I prefer Apple stuff over Google. Apple are no saints of course, and never trust a tech company. That said, their business model is selling hardware. Google’s business is selling data. Google will always be incentivized to be evil, and Apple is generally not. In fact now they are incentivized to protect your privacy because it’s a competitive advantage for them now that customers are concerned about it.

Boing Boing is delighted by the error.

Lot to unpack from this part of your sentence.

Just about to hit 60 years of age and thinking what the teen me that had to organise all personal meetings on a fixed line telephone (and show up cause we only had one chance) would think or even imagine of this.

Get off my lawn as I’m trying to learn Unreal Engine so I can make a virtual lawn that everyone can get off!!