Her daughter Daphne, 74, added "“She thinks it is funny to be called a street artist.”

LONDON—At a press conference Tuesday, 89-year-old Rose Biggin, a grandmother from the Camden Town neighborhood of North London, announced that she was in fact the internationally renowned graffiti artist known only as Banksy. "Those drawings?...

Seriously! Knitting is fine, I guess, but crochet For The Win!

Thank you. For the perpetually incapable to knowing the difference on sight: one stick = crochet, two sticks = knit.

[edit] 3 sticks, 4 sticks, or 5 sticks also = knit. Should’ve added that in as a knitter who hates using two circular needles when a good set of bamboo double points are available.

She’s OK in my book!

Thank you, that was driving me bonkers.

This is such amazing crocheting. I think this story is being bent though. It appears that an entire group of women were responsible for the street art at this festival. The 104 year old contributed but didn’t do all that herself.

Here’s a full gallery of their work…so great! 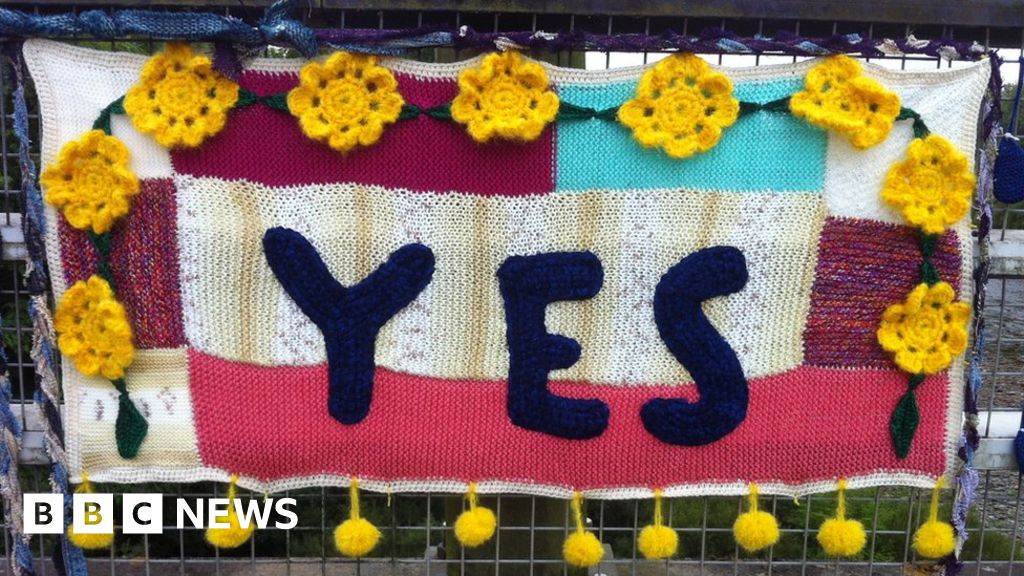 A selection of images from Selkirk, Ettrickbridge and Yarrow, where a team of "guerrilla knitters" have decorated local landmarks.

Rob tweeted something about how angry people get when crochet is described as knitting. So I expected rage, all caps responses perhaps. I am disappoint.

A little surprised nobody has yet made any jokes about “crotchety old folks.”

(Seriously, good for her.