1985's "Clue" the movie remains more fun than the game

I keep beating my kid’s mom in showing my kid old, classic, great movies. I think she liked Clue. I love it.

It is indeed a classic.

I show my daughter all the old classics of my youth. She loves it.

Came here just for this clip that I hate SO much.

I have yet to see this film and I have no idea why. It’s very well within my wheelhouse.

The movie probably owes as much of its existence to the earlier whodunit comedy Murder by Death (1976) as it does to the board game.

There is a version of Clue featuring the Golden Girls. You attempt to find out who ate the last piece of cheesecake. That sounds pretty awesome. 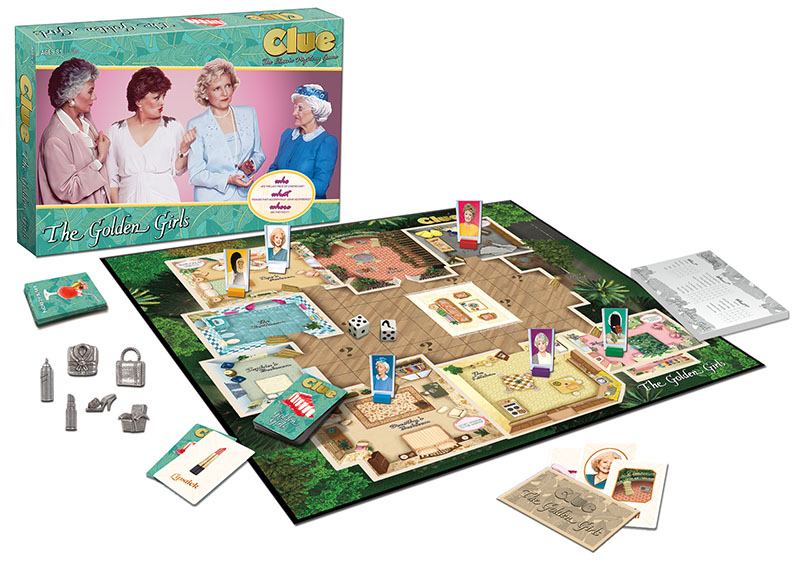 says YOU. i loved that board game.
and the movie.

…i could spoil one of the endings, but i won’t.

The board game was awesome, and we need more board games that teach children logic and deductive reasoning skills.

Also the CD-Rom version of the game I got in a box of cereal as a kid was oddly fantastic.

There are good modern “fixes” to Cluedo* that have evolved over sixty years of people learning about game design.
It’s a pretty solid design that is entirely let down by the roll-and-move mechanic, which ISTR was either demanded by the original publisher or added by them (given that, at the time, a board game that didn’t have dice was viewed as extremely weird.)
Remove that element, and you get a taut deduction game that really doesn’t outstay its welcome. So, for a very simple variant, just omit the dice. On your turn, you simply move to a directly adjacent room (or, obviously, use the secret passage) and then make your deduction. Everything else remains the same (including the bit about bringing people to you, which is still the same annoying fun it always was.)

I think you’ll find it a much more interesting experience that way. Obviously, in the intervening 60 years there have been better deduction games, but Cluedo* still works.

*as a Brit, this is the original name of the British game, with the clever pun in the title still intact. I never really understood why the US version changed it.

The movie is a delight, but I gotta stick up for the game. Clue is the only “classic” board game that remotely holds up against all the great new(ish) games, imho.

One of the things that’s so fantastic about it is that it’s one of the only games where your strategy remains secret from one play of the game to the next. In most family games we can all see what tactics each player is employing, but in Clue your notepad is your own private world.

In my family, we can’t even decipher each other’s notations after the game is over.

And then there’s the amazing way your strategy can increase in complexity over the years. When we were kids, you only ever wrote down cards you saw. Then you learn to infer in more and more elaborate ways. Personally, when one opponent shows a card to another opponent, I notate which three cards that might have been and, as the game goes on, I’m playing a little sub-puzzle to suss out which it was. Knowing my sister is holding a card she hasn’t ever shown me is so good.

And what about the first time my brother made a suggestion using three cards he owned? No one shows him a card, he raises his eyebrows, makes some fake notes and the rest of us presume at least one of those HAS to be correct? Legendary. And now that we all know that trick exists, we can’t make that assumption anymore.

I’ve been playing Clue now and then for a few decades and I still feel like I could adopt a new, better strategy tomorrow. Great game for analytic thinking. You must be playing it wrong.

The pun is completely over my head. Please explain.

But if I do that then I might end up working for The Sun!

(As much as I hate the newspaper, I have to admit that “Super Caley Go Ballistic, Celtic Are Atrocious” is a headline masterpiece)