The opinions, reached by a Colorado prosecutor and a former F.B.I. supervisory special agent, were released Saturday by a county prosecutor, who will present evidence to a grand jury.

Can we discuss this? I’m having a really difficult time wrapping my head around this conclusion.

(This is the first topic I’ve created so I don’t know if I’m “doing it right” nor do I know if I will regret it.)

My issue is did the police even tell the kid, yes the kid, to stop before they shot him? Why is shooting to kill the first step? I just don’t understand. And yes, I know that this doesn’t necessarily mean the officers involved won’t be indicted, but…but still. I need to hear what other people have to say. I’m just so disheartened.

As far as I’m concerned they went there with the plan of killing a child. They made no effort to do anything other than that when they could have taken numerous more logical and obvious courses of action. For instance not driving right up to someone they thought had a gun. They have a bullhorn on their car. If they were really that scared, they could have yelled at the kid from across the park.

But instead they decided to basically do a driveby on him.

Even if they didn’t know he was a child, as reports have stated, I would agree that they approached the scene planning to kill a person. And people wonder why Black Lives Matter is a movement and a necessary movement at that. And people wonder why there is a distrust for cops. And I’m left wondering what the hell we have to do to change this shit because the legal system certainly has been disappointing (in the nicest of terms).

The video of the killing was/is heartbreaking. I don’t suggest watching it.

I can’t see how the driving up right on him, on grass, in the park, was any attempt to assess the situation, let alone de-escalate.

“The question is not whether every officer would have reacted the same way,” Kimberly A. Crawford, the retired F.B.I. agent, wrote in her report, which noted that Officer Loehmann had no way of knowing Tamir’s gun was fake. “Rather, the relevant inquiry is whether a reasonable officer, confronting the exact same scenario under identical conditions could have concluded that deadly force was necessary.”

What a load of shit. Any decent officer would have approached the situation and ascertained the risk, instead of driving up onto a kid, and immediately shooting. The FBI agent thinks it’s smart and the right course of action for a cop, once told there’s a firearm, to run up on the person and kill them, instead of practicing situational awareness. Soldiers do better work. This cop is a merc.

(This is the first topic I’ve created so I don’t know if I’m “doing it right” nor do I know if I will regret it.)

You may regret it. But yes, you did it right.

Ha! I realized after posting that the possibility of regret is quite likely, considering it’s the interweb and all.

Welcome to the mutant club. Most of us are good, but when El Niño strikes, the winds blow with a decidedly assholish odor. Sorry, but that’s reality. This place is mostly good, though. 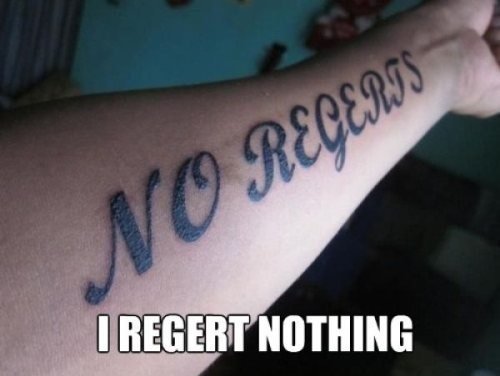 Thanks! I’ve been around though I just don’t post very often. But yeah, the mostly good part is why I even dared start a topic.

I can’t see how the driving up right on him, on grass, in the park, was any attempt to assess the situation, let alone de-escalate.

Precisely why I can’t comprehend how anyone could reach the conclusion that these officers acted reasonably.

Oh you’ve been around. I’m being a doof then. LOL what’s new

Thanks for posting this.
I was going to do so earlier, but I was just too angry/sad to even put coherent thoughts together.
That asshole executed the kid.

More to the point, it’s not “reasonable” by any outside frame of reference. What it is is the police and prosecutors closing ranks, to avoid having to reform police practices in Cleveland. They won’t until they are absolutely forced to change their practices. Either by extreme public pressure, legislation or as a result of several costly civil suits that make their insurance policies’ premiums skyrocket. Reason and sense hold no sway here.

I guess the argument is that if the person has a gun (or you think they do), then it’s reasonable to kill them.

It’s a bullshit argument, and it isn’t helped that they didn’t make even the slightest effort to ascertain if he did or not.

The court of public opinion will judge them accordingly, whatever the official verdict ends up being.

I figured it’d be posted on BoingBoing tomorrow but my head is spinning with such speed that I didn’t want to wait. Very few of my thoughts on the matter are coherent either, thus the appeal for discussion. So many people on this forum are intelligent and eloquent, much more so than I.

The court of public opinion will judge them accordingly, whatever the official verdict ends up being.

One can only hope that said court is less biased than the actual courts. I’m not holding my breath but I’m not giving up either.

All of this has led people like Moms Demand Action’s Shannon Watts to ask why Rice was shot when it is legal to openly carry firearms, including handguns, in Cleveland. It has also led blogs like Wonkette to wonder why the usually-vocal open carry movement hasn’t been loudly proclaiming the injustice in this case. In a press conference following the shooting, Deputy Chief Edward Tomba said that Rice made no “verbal threats,” and there was no “physical confrontation.” If the police really believed that Tamir Rice was 20 years old, and the pellet gun was really in plain view, then the open carry law would seem to complicate their justification for killing him.

The open carry folks at least showed up to protest the John Crawford Shooting, but seemed particularly quiet on Tamir's death.
10 Likes
navarro October 12, 2015, 4:06am #19

Precisely why I can’t comprehend how anyone could reach the conclusion that these officers acted reasonably.

unfortunately there is a cottage industry of retired fbi agents and police officers who train police on the use of deadly force who teach officers that if you wait to identify the nature of the threat it will get you killed. the reviews of deadly force incidents like the two cited are generally done by those trainers. it turns into a circular situation. the remarkable thing is that african-americans seem to be so much more threatening than white americans.

african-americans seem to be so much more threatening than white americans.

And not even the whole African American. Their backs seem especially threatening. Have you ever seen an African American’s back? The scariest thing you will ever see. Makes shark teeth seem like teddy bears.