It’s like an analog bullshit meter filling up to full brown. Yes, I know, all three are equally full of bullshit, but you gotta love the paint swatch thing going on there.

Haahaa - you won the thread.

Your entire rant here cries out for citations. If you don’t come up with some, the “Christ, what an asshole”, meme applies to you as well.

I can’t not see Cheney as Cobblepot. He works with both the Burgess Meredith and the Devito versions. 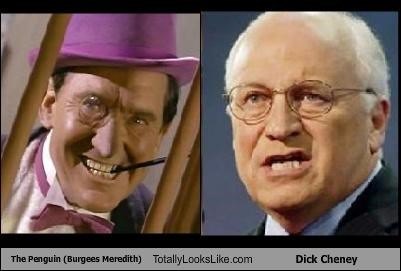 Now, see, I thought he was owned by the banking industry, being as he’s from Delaware.

…because Osama bin Laden never underestimated anyone. His word should be taken as gospel. Amirite?

200 years from now, academic careers in the field of history will be made as people argue whether or not The Onion stories about Joe Biden were based on real events.