At least with an airline you just need air for long enough to descend to 10,000 feet, so you can get by with a poorly-sealed overpressure system

Sure. But even so, plenty of cultures still pressure or even require their men to wear beards, as a sign of manhood. Gillette be damned.

Yevgeny Prigozhin, head of the Wagner mercenary group admitted to recruiting Nyirenda from a Russian jail, saying he chose to fight to “repay (Africa’s) debts” to Russia and “died a hero.” 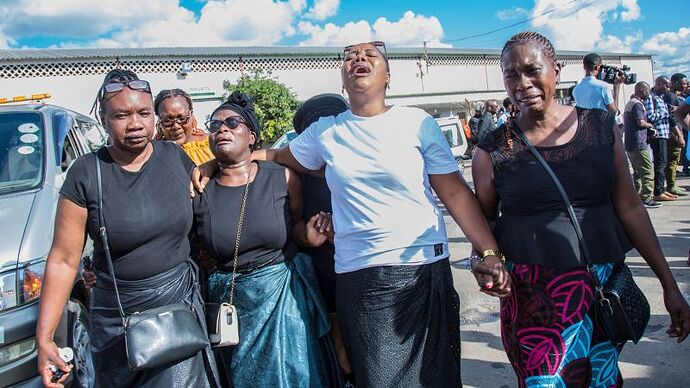 Lemekani Nathan Nyirenda, the Zambian student who died in battle in Ukraine while fighting for Russian mercenary group Wagner has been buried in a private ceremony in his home country Wednesday, his family has said. 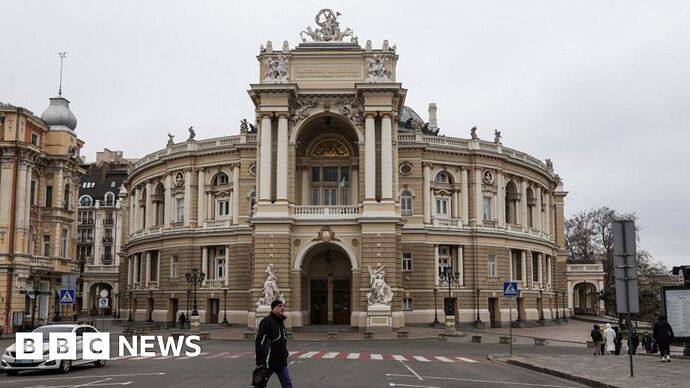 The foreign ministry in Moscow also accused Ukraine of submitting a poor application dossier and claimed the vote had been taken “under pressure from the West” while “disregarding the rules of procedure”.

“It was prepared hastily, without respecting the current high standards of Unesco,” Russia’s foreign ministry said.

I wonder why the “poor” dossier was “prepared hastily”.

While firing missiles at Odesa. 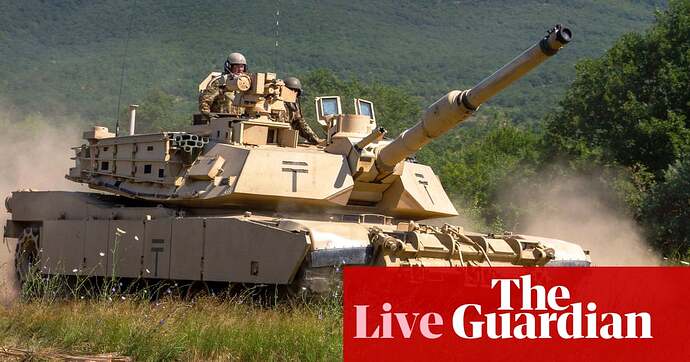 Russia-Ukraine war live: mayor reports at least one dead in Kyiv after wave... 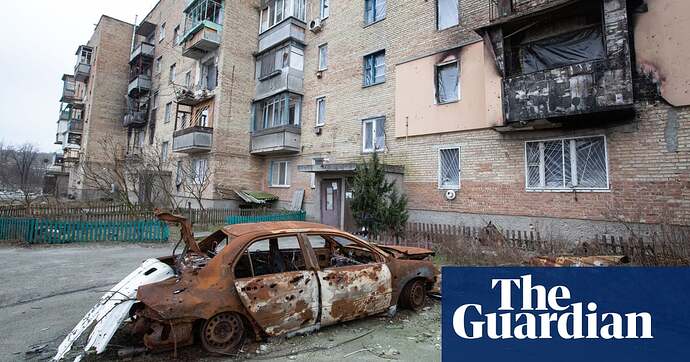 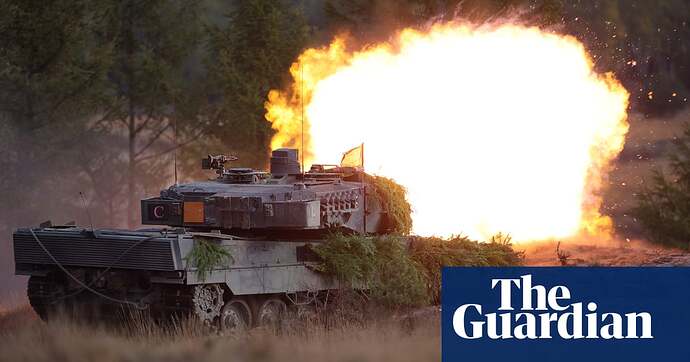 Ukraine says US and German tank pledges ‘only the beginning’ and calls for... 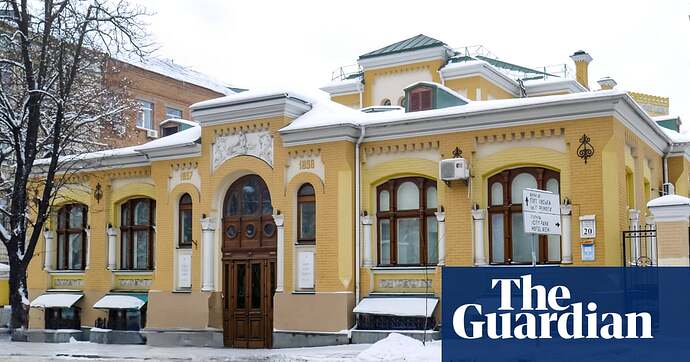 Art for auction in support of Ukrainian academy – in pictures 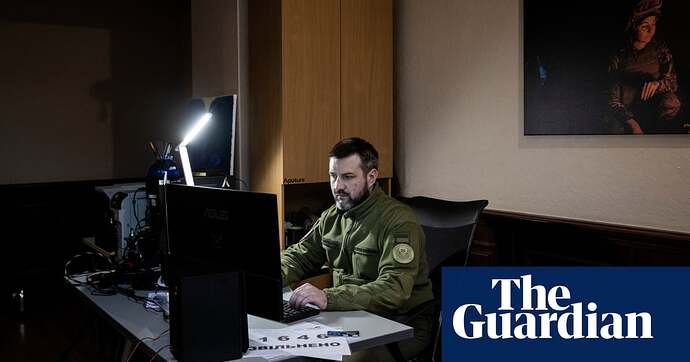 ‘I want to live’: the Ukraine hotline encouraging Russians to surrender

It is claimed 6,543 Russian personnel have surrendered since the hotline launched in September 2022

I couldn’t immediately dig up the balance of Prigozhin’s statement; but I can only suspect that it wouldn’t take a hardened postcolonial studies enthusiast to describe his understanding of ‘Africa’s debts to Russia’ as “several shades of problematic”… 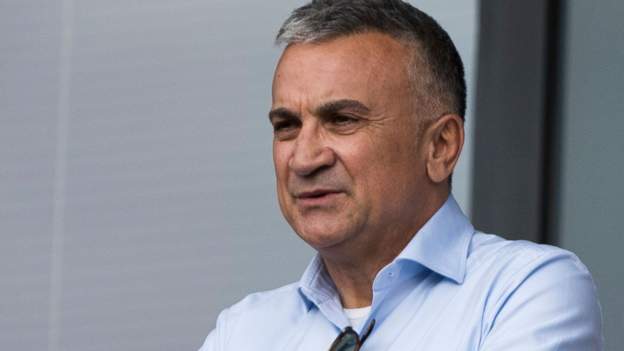 Novak Djokovic's father Srdjan is filmed posing for pictures with supporters of Russia president Vladimir Putin at the Australian Open. 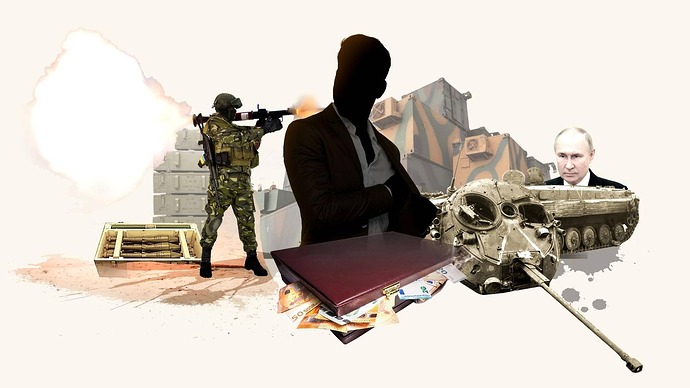 A rare glimpse into covert arms sales world: How Western companies make a...

When Russia unleashed its all-out war in February last year, Ukraine urgently needed weapons and ammunition to defend itself. Desperate for arms, the country was ready to buy at any cost, a top-ranking Ukrainian official involved in the hunt for... 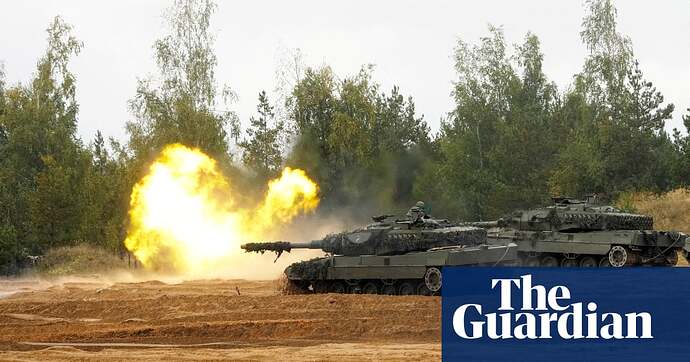 Western unity is critical, but Ukraine needs more than tanks to win this war 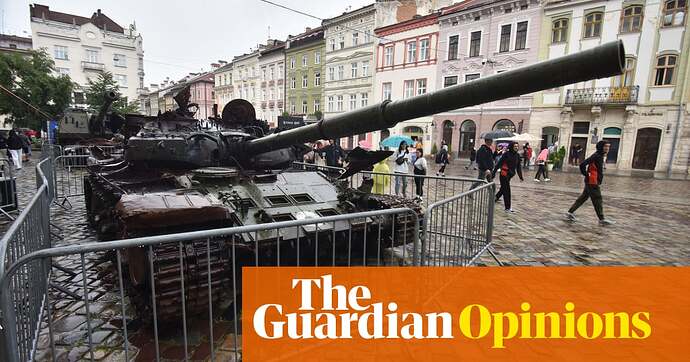 Sending tanks to Ukraine makes one thing clear: this is now a western war...

Volodymyr Zelenskiy is finally getting the help he wants, but it places more of Ukraine’s future in US hands, says Guardian columnist Martin Kettle 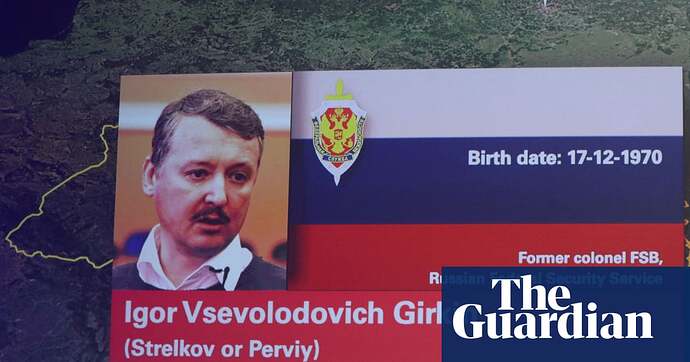 [helmets on]
Those were the exact reasons I was told while in the Canadian army in the '80s. As far as I know, only two exceptions:

“Pioneers”, aka “sappers” aka “combat engineers” were allowed beards. The reason being they were the first into an area in order to make roads and bridges and other sapper stuff that involved lots of explosives. They also had the coolest ceremonial weapon: a chromed double-ended axe.

Submariners. No reason ever given. I’m not even sure we had a sub at the time.

I’m not sure of how things are now, given the loosening of dress & deportment regs this past summer.
[helmets off] 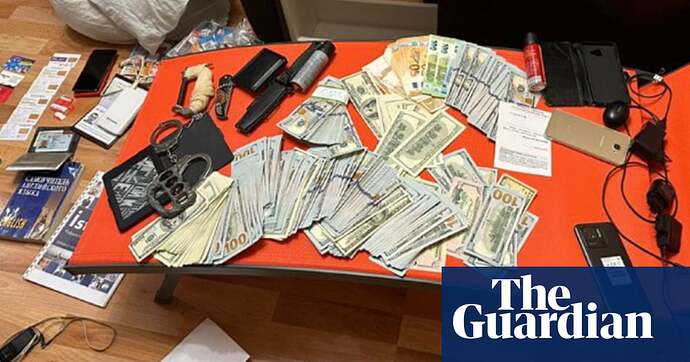 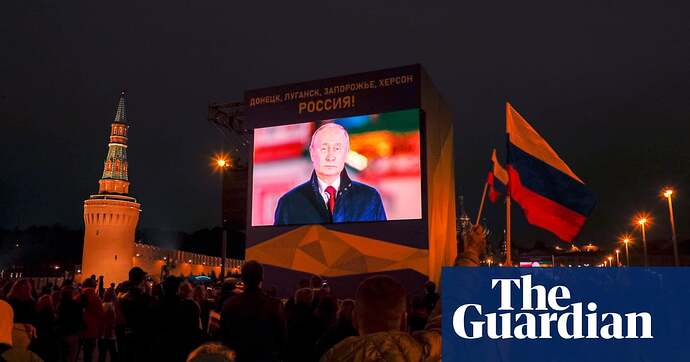 Russia outlaws Meduza in attempt to stamp out independent news 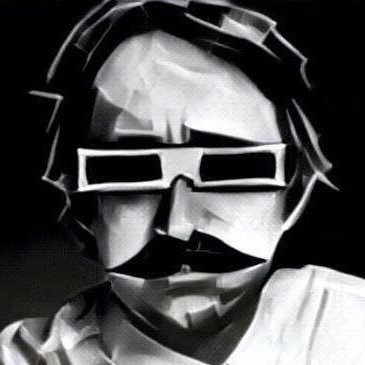 to the folks asking me for meduza’s comment on today’s “undesirable” designation, ‘ere ya go --- RT @meduza_en Meduza has been declared an “undesirable” organization in Russia. In other words, our newsroom’s work is now completely banned in the... 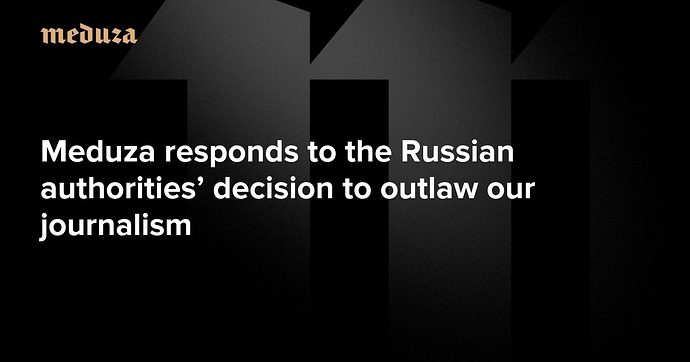 Meduza has been declared an “undesirable” organization in Russia. In other words, our newsroom’s work is now completely banned in the country our founders call home. 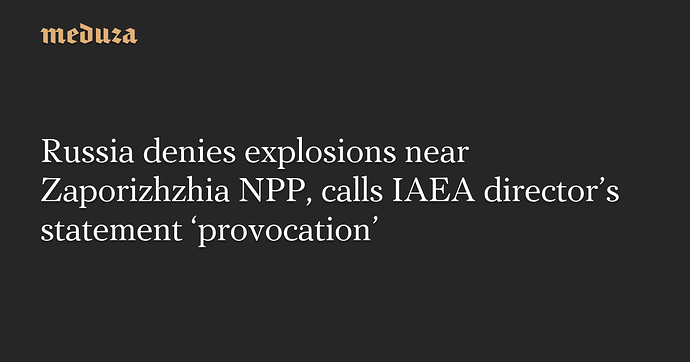 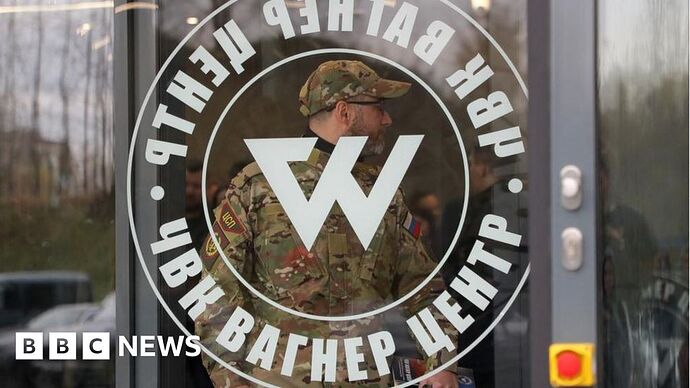 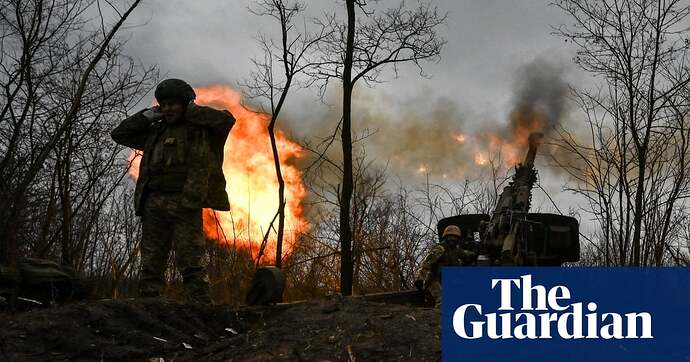 ‘The big battle is coming’: Ukrainian forces prepare for the war’s most... 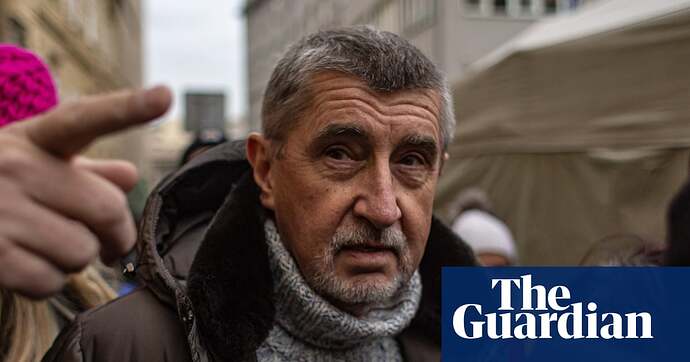 Behind in the polls, the former PM has resorted to a no-holds-barred attack on his presidential rival, Petr Pavel 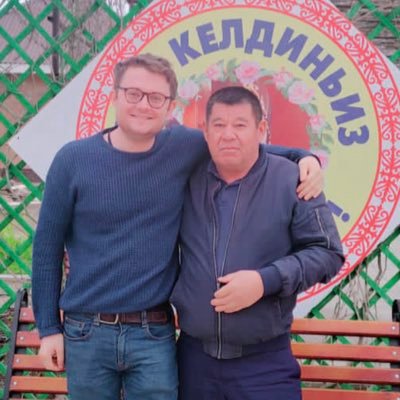 @felix_light
NEW: together with @reuters colleagues, I spent the last month reconstructing the lives of dozens of convicts who joined the Wagner mercenary army and who were killed in Ukraine. A window onto the grim reality of Russian prison life. reuters.com/investigates/s… 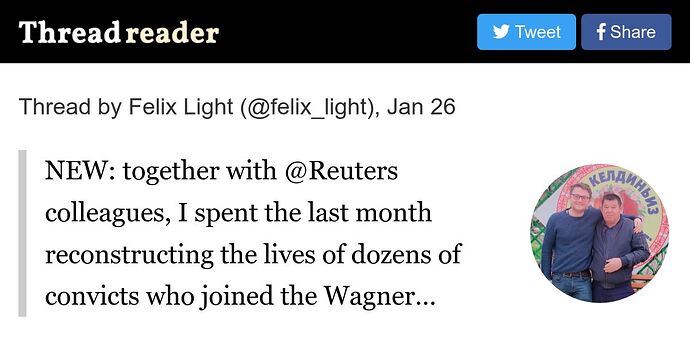 @felix_light: NEW: together with @Reuters colleagues, I spent the last month reconstructing the lives of dozens of convicts who joined the Wagner mercenary army and who were killed in Ukraine. A window onto the grim...… 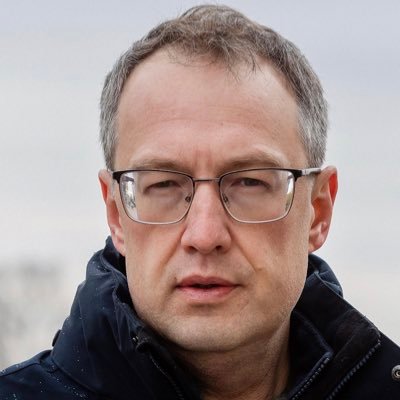 @Gerashchenko_en
Thirty T-34 tanks, produced in 1944, were brought back to Russia from Laos and passed to Russian ministry of defense. Will we see them on the frontlines? https://t.co/vpfUqe10VU

I guess it’s your grandfather’s Oldsmobile.

On the plus side - they qualify for historic plates and a low insurance rate.

Great. I have no doubt that these tanks will be put into service as the war drags on and the Kremlin gets more desperate. I’m sure ramming attacks won’t be far behind. Putin doubtless has as much regard for the lives of T-34 crews as Stalin did. 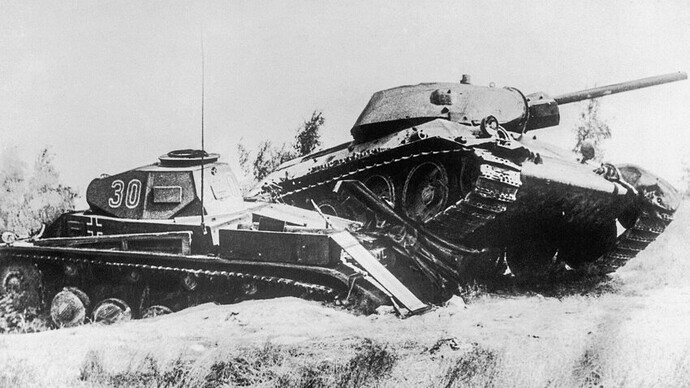