25 Synonyms for 'Pussy Riot,' for news presenters who'd really rather not to say 'pussy' on-air

The name “Pussy Riot” was used as a form of empowerment, but these are all so stupid and denigrating towards women.

Seriously, if Walter Cronkite could say “Deep Throat” on television 40 years ago, news anchors should be forced to say “Pussy Riot”.

Don’t weaken their message with these pathetic knock-offs.

I believe that the point is, precisely, that the reporters need to get over their problems with the phrase. Think of kittens fighting, if you have trouble saying it with a straight face.

I’d like to thank you all for being so Goddamned Clever!* No joke, that’s some good stuff 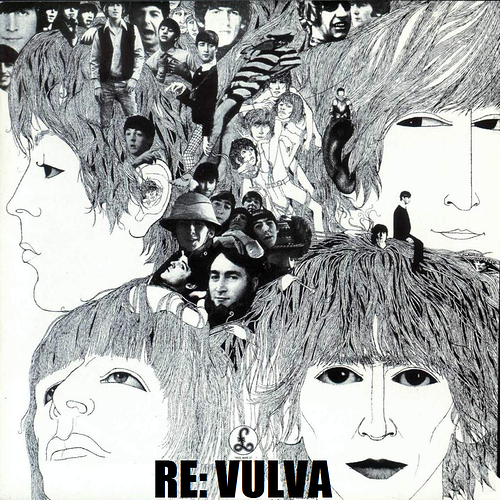 Does anyone have a supercut of news media saying Pussy Riot?

Nice, but it doesn’t count unless you use the word.

Otherwise, you go down the NPR track where they try to have a adult interview that becomes pathetically immature because the interviewee can’t bring herself to say “vulva,” and instead says “‘woman’s parts’ in particular ‘lady bits.’”

It can’t just be about the kittens can it? Can it? The kittens don’t like this sort of appropriation.

How that is furthered at all by this puerile and jejune exercise is beyond me.

Want to really get it out there? Put it on one of those whitehouse.gov petitions, so that the president has got to talk about it.

The Colbert Report did.

How that is furthered at all by this puerile and jejune exercise is beyond me.

By the exchange, no; it’s further evidence that the issue exists… but that’s hardly news. By the original observation that folks really should just Get Over It, even though that was expressed as mockery… I think that was a valid point though I grant it doesn’t exactly win style points.

Come on man, lighten up. You can go back to the important job of saving the world tomorrow.

Come on, let’s hear you say it. You’ll feel better!

If that one is too much of a stretch, how’s about whoopie whoopie?

We know you can do it!

Xeni, this whole thing was in really poor taste.

This reminds me of the Southall riots 30 years ago, when the Hambrough Tavern was burnt down after a skinhead band played there. I couldn’t understand why the newsreaders didn’t mention the name of the band, until I found out they were called the 4-skins.