The Tesla board members and large shareholders must be thrilled at the performance of this “visionary genius”. /s

I find it extra hilarious when I tried to find this tweet only to realize the first examples I find on my search were furries. I’m reminded of the John Oliver quote: “and if you absolutely had to reduce the furry presence online right down to its bones, critiques of conservative economic theory and fuzzy butt shots really are the guiding principles of the whole movement” 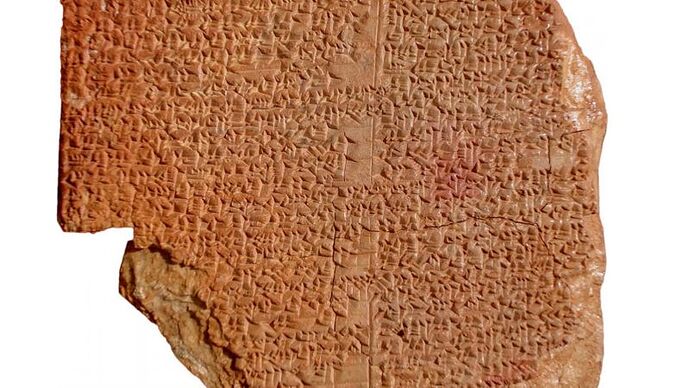 A New York federal court has ordered US craft store Hobby Lobby to forfeit an ancient artifact purchased at a 2014 auction that "originated in the area of modern-day Iraq and entered the United States contrary to federal law," the Justice Department...

edit: Oops, that was the wrong artifact import scandal. They were going to SELL THEM IN STORES: 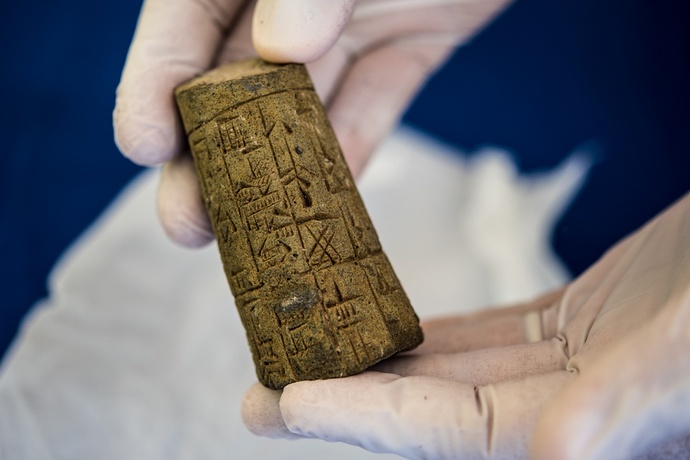 3,800 artifacts once bought by Hobby Lobby were just returned to Iraq

How did a chain selling arts and crafts supplies get in trouble for smuggling artifacts? Here's a breakdown.

IIRC they were going to exhibit the artefacts in the Museum of the Bible.

It doesn’t hurt avoiding him now that there are more product options out there than there used to be, especially one’s that don’t break down, catch fire, take off on their own, etc.

And backed by companies that have been making vehicles for a much longer period of time. (Jury’s still out on the ‘better respected’ term- For and GM have had their own series of problems over the decades…)

As long as the valuation of his car maker isn’t grossly out of proportion to actual sales he should be fine.

Not exactly blowing my hair back there CNN.

Not exactly blowing my hair back there CNN.

I can 100% confirm that I am a. In the market for an EV this year, and b. Will not be considering a Tesla.

We too are in the market of an EV, had a Model Y on order, and decided to let it go due to the ongoing debacle that is Elon, Full Self Driving sham, build quality, anti-union shenanigans, mistreatment of employees, racism, and general toxic culture that surrounds the company and a whole lot of the current owners. Our Model 3 was an amazing car, but the company is a complete mess that we felt we could no longer support. We’re headed back to Volvo .

Conversely, he may be have become more popular with cryptobros, but sadly they may not have a lot of cash on hand at the moment.

ETA:
There’s likely is or is going to be a major brain drain of high level employees wanting to work for someone less toxic.

It appears too much to ask people to buy into his politics, antics, and Tesla’s erratic build quality.

I was preparing to buy a Model Y but my wife went for a test drive and didn’t get out of the parking lot because the display:

No, you can’t change the layout or colors and previous buyers report being less than thrilled to have these “improvements” remotely “upgraded” without owner consent.

Elon recently said that Hair Twittler should hang up his racist red hat and sail off into the sunset…
I’d consider a Tesla for our next all electric car if he promised to sling the former guy into the sun.
Not a done deal, but…

He’s just saying that to give DeSantis warm fuzzys so the space port gets built without any roadblocks.

We have a Model 3. We put down our deposit in early 2017 and got the car in late 2018. I had run the numbers and at the time the Model 3 was the most cost effective EV car for us in the long run that met our families particular needs. Its still a great car for us.

I hate that Tesla has become so tethered to and heavily influenced by Musk’s toxic personality. I’m glad there are a wide range of EV options now should we purchase another car later.

They belong in a museum – but not that one! 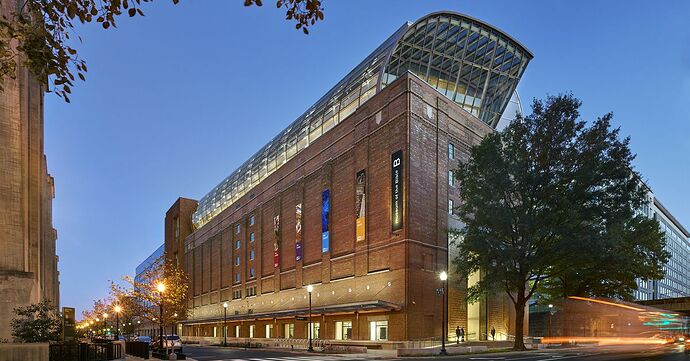 A Bible museum is a good idea. The one that's opening is not.

The controversial Hobby Lobby-backed Museum of the Bible is not the Bible museum we need.