A brief history of the Dungeons & Dragons cartoon

Originally published at: A brief history of the Dungeons & Dragons cartoon | Boing Boing

I remember catching flack in the 80’s from family friends and religious whack-jobs anytime they found out I played D&D.

People who play today often don’t realize the level of stigma that was attached to the game then. TSR itself tried to appease those same whack-jobs at the end of the 80’s with the release of the second edition, by renaming demons and devils and their home planes of existence to silly alternative names.

This, probably more than anything else in my youth, left a very bad taste in my mouth for organized religion. If you can’t tolerate a little imagination, then I want no part of your stupid-ass religion.

Edit: As I grew older I found plenty of other, probably better, reasons to dislike organized religion, but constraining imagination is still my #1 pet peeve. Halloween is also my favorite holiday…because imagination.

There is a fan made final episode, named ‘Requiem’, based off an unaired script. 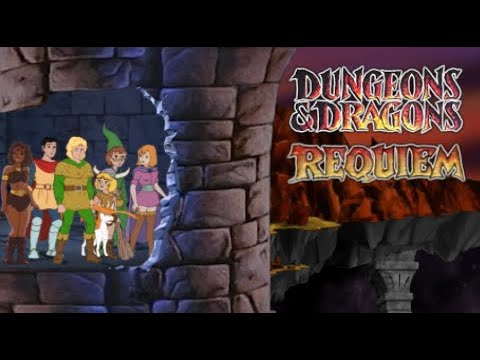 Same! My Mom (much, much more conservative at chrurch-y at the time) threatened to put a D & D magazine she found in my room in the garbage disposal. The whole “satanic panic” deal in the 1980s was sure something.

“Did the kids ever find their way back to our reality?”

Yes. They escaped in a Renault. 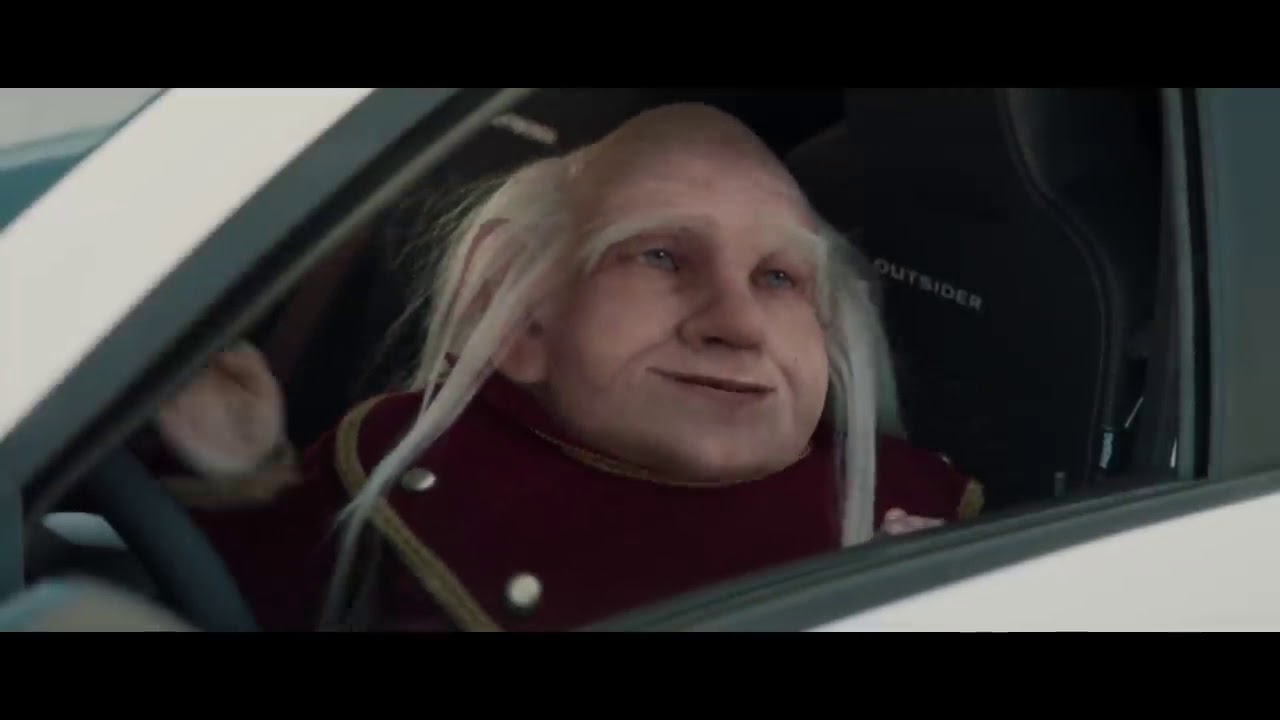 Good video. I played D&D in my younger years. There was always a big overlap between fans of D&D and fans of SF&F. It always struck me as funny that so many “religious” people were afraid of a game of pretend, where characters had magical powers, and there were clerics and demons. They had their own game of imagination only they couldn’t distinguish it from reality. So it was really a case of projection, thinking the kids couldn’t distinguish it from reality. I think D&D fans were actually quite sophisticated in their meta thinking and being able to clearly see multiple levels of thought and analysis, much better than the fear mongers.

Yes. They escaped in a Renault.

Wow this is so epic it really makes me wish it was a damn movie.

Imagination and critical thinking are anathema to religion.
Limited minds always project their thoughts and beliefs onto others because they can’t think beyond themselves.

Satanic Panic of the 80’s hit my house, wasn’t allowed to watch D&D cartoon. Nevertheless I was a big fan of “Kidd Video”… Kind of the same premise where youngsters get pulled into an alternative universe, but it’s surrealism in 80’s Memphis style… and of course new wave teeny bopper music. 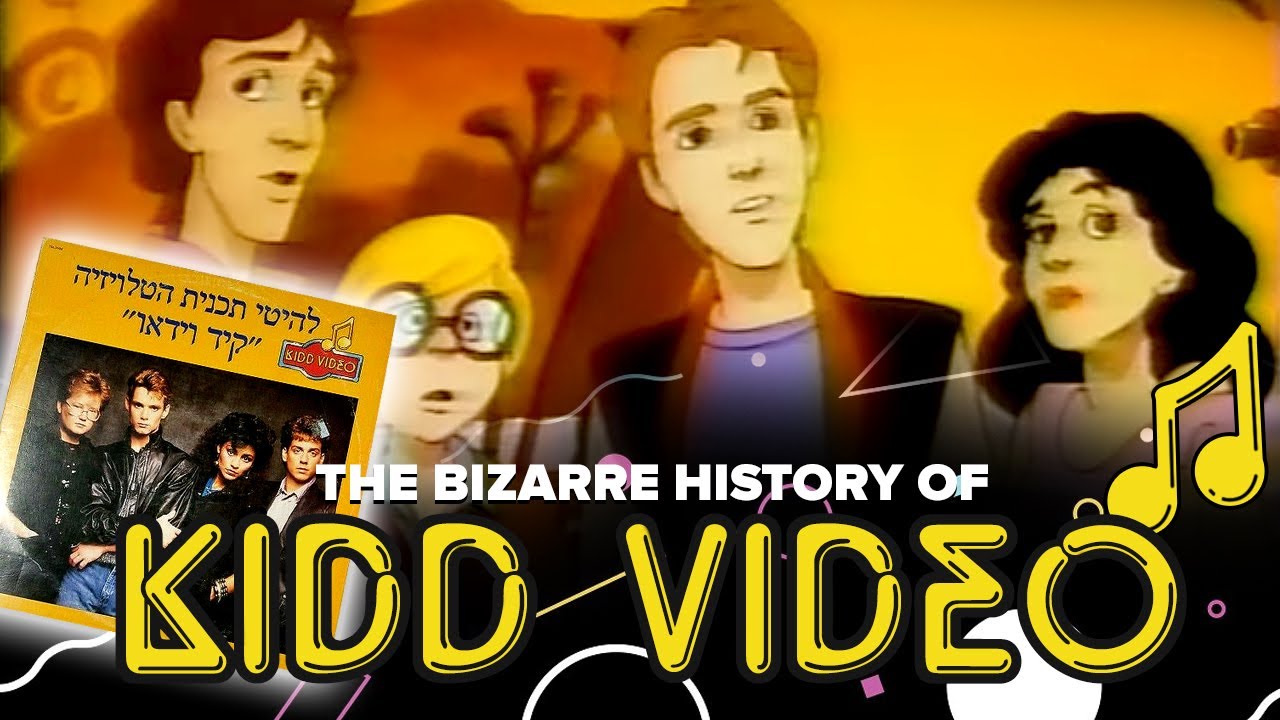 Wow, I forgot all about that show.

I really loved that Kidd Video cartoon as a kid, even though I wasn’t really all that into popular music. It had a sense of adventure and strangeness to it that I always found appealing. I’ve always liked stories like Alice’s Adventures in Wonderland, or the 1985 movie Explorers, and those point-and-click adventure games of the 80’s and 90’s.

this was the thing that led me to conclude they were totally uncool as a kid. why not “dungeons and dragons”? what was the “advanced” for?

it made it seem cheap and gimmicky.

the cartoon was cool though i never could seem to figure out when it was on. it seemed to appear at random.

Damn I loved this show as a kid. Who wouldn’t want a bow that shot energy beams? And that multi-headed dragon looked so cool.

Mark Evanier has a lot of behind-the-scenes info on the D&D cartoon. He’s always worth a read in general but his insights (and commentary) on this show are quite good.

Go to newsfromme dot com & do a search for the D&D series.

Agreed. We were banned from playing at school (after school) for a while, and I seem to recall several teachers saying we weren’t even allowed to discuss D&D on school grounds. Like most attempts to tell kids they shouldn’t like something this had the predictable consequences.

I grew up in a conservative religious household, but my parents never had much of an issue with D&D. After watching us play a session, they concluded that it was no different than reading Lord of the Rings or other fantasy literature, and let us have our fun.

I used to get the whole fire and brimstone lectures - that my eternal soul was in jeopardy as long as I played, blah, blah, blah.

It got to the point that I started laughing in people’s faces and telling them what they could do with their god. That probably didn’t change anyone’s mind, but it made me feel better.

IDK the historical reasons for that, but given its complexity compared to later editions (I never played earlier ones), I think the name was accurate. Tables. So. Many. Tables. No two game mechanics working in quite the same way. Few formulaic progressions, and when they existed they were often implicit in the tables and not spelled out.

I also miss the Planescape setting. Planescape: Torment is still one of my favorite games of all time, and the day its creators announced the Tides of Numenera “conceptual sequel” was a very exciting day for me.

Advanced dungeons and dragons was basically the 2.0 version of the game. It was also a recognized brand and not merely fluff like adding 2000 to a name or some such BS.

Yep. I had a wacky aunt who both tried to persuade our parents to keep us from playing, and also took our X-Men trading cards and threw them into a campfire yelling that they were, “Devilwork! Pornography!”.

She is long passed now, but whenever she comes up, my middle aged siblings and I still yell out, “Devilwork! Pornography! Whoosh!” (makes throwing motion)