Pretty much ALL the Jack Chick comics were bonkers.

I completely forgot about the Kickstarter campaign to make a movie version. Did anyone here watch it, in the end? 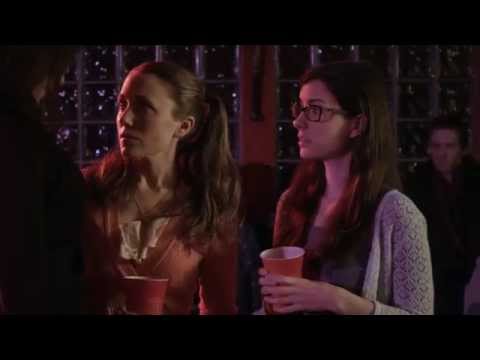 Dark Dungeons: Seduced by the exotic and sinister world of role playing games

Dark Dungeons: Seduced by the exotic and sinister world of role playing games

Did anyone here watch it, in the end?

No, but apparently I had bought it in a GOG sale at some point. I don’t like writing reviews though (too many bad memories of having to do book reviews in my English lessons at secondary school).

And here I was about to get the pathfinder humble bundle (yeah I should get that today) and anoint the kid in the ways of the dark powers… or just have a good afternoon being the bad guy for him and his friends.

Ah, Chick Tracts. Providing lulz since before the internet was but a glint in the milkman’s eye…

This brings back some wonderful memories. I used to go to a con in Evansville, IN. One year the local paper did a piece about it–it was called Glathricon if I remember correctly–and while the article was straightforward they had a rather sinister picture of the organizer.

Some folks were a bit upset about it but my friends and I just joked that the photographer had a Camera of Satanic Picture Taking.

Every word is true! D&D turned a whole bunch of my friends into neopagans!

But there was that kid who disappeared for a while in real tunnels, and it was blamed on the game. He later killed himself, someone going to university before they were socially ready.

“Mazes & Monster” was a film out at the time, maybe made fir tv, about it, with Chris Makepeace and Wendy Crewson.

[quote=“Michael_Black, post:9, topic:74699”]with Chris Makepeace and Wendy Crewson[/quote]You mean the one with Tom Hanks in one of his earliest roles?

Directed by Steven Hilliard Stern. With Tom Hanks, Wendy Crewson, David Wysocki, Chris Makepeace. Bound together by a desire to play "Mazes and Monsters," Robbie and his three college classmates decide to move the board game into the local legendary...

If you want a mindfuck of an old D&D movie, check out Skullduggery. It’s bonkers and really loses the negative message it was supposed to give.

Skullduggery (also known as Warlock and Blood Puzzle) is a 1983 Canadian horror film directed by Ota Richter. The film follows a group of young adults who come together to play a fantasy role playing game, while working at a costume rental store. One of the players is a young man named Adam (Thom Haverstock) who is the descendent of a long line of men who are all cursed by the devil. While working at the community college theater performance a strange magician appears and puts a curse on Adam, ...


Mazes and Monsters is OK, but this is entertaining.

Also Chick Tracts are impossible to not read; I mean look at this
http://www.chick.com/reading/tracts/0077/0077_01.asp

I can only think of the satire.
http://foo.ca/wp/chick-tract-satire/darque-dungeon/

(For whatever reason the original site seems to be dead http://www.epsilonminus.com/darquedungeon/ )

Or you mean 1983 Canadian Tax shelter as a lot of those were. I haven’t seen that one yet though.

It’s 95 minutes and on film, you can do a lot worse with your tax money laundering.

Gets me every time

This urban legend is based on a runaway, James Dallas Egbert III, who disappeared in the steam tunnels at Michigan State University. He was having drug problems and issues about his homosexuality. It was reported that he later committed suicide by a gunshot wound. There is a good book on the subject: “The Dungeon Master: The Disappearance of James Dallas Egbert III”
by William C. Dear. He was into D&D, but it was not the cause of his problems.

Also Chick Tracts are impossible to not read; I mean look at thishttp://www.chick.com/reading/tracts/0077/0077_01.asp

seems he upgraded to the digital age…

I received a copy of ‘dark dungeons’ with an order just the other day.