The bogus Satanic Panic is returning. Here's a look at the original purveyors of myth — Chick Tracts

Originally published at: The bogus Satanic Panic is returning. Here's a look at the original purveyors of myth — Chick Tracts | Boing Boing

I’ve played D&D on and off for decades, and I still haven’t been offered a Satanic pact. Maybe I should try Lamentations of the Flame Princes, instead; or take up that offer I got from Hastur’s while playing Call of C’thulhu. I’m not sure that yellow suits me. 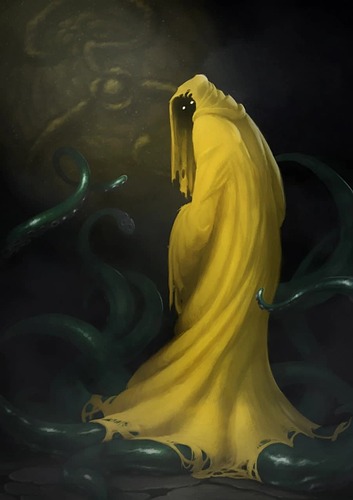 Years of D&D, drugs, rock n’ roll; not one offer for my soul either, damn it.

Dio warned us about that. 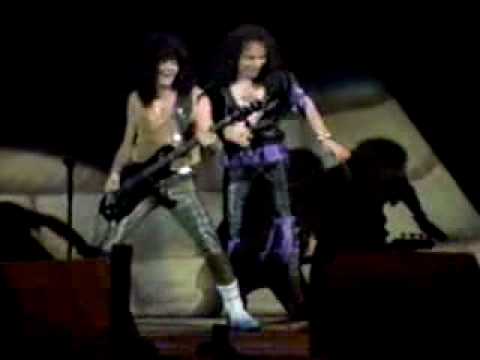 Well, Jack Chick did get one thing right. . . taken out of context anyway. 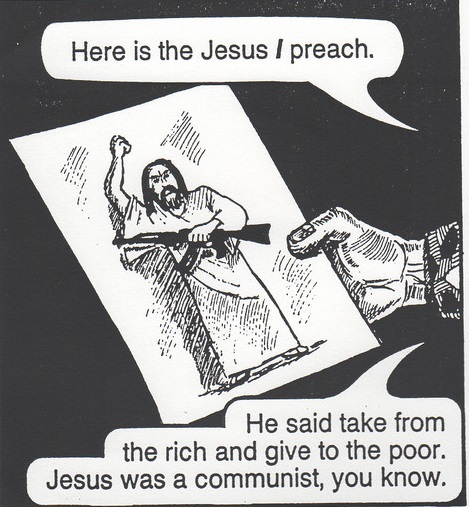 Most of the cliches and urban legends are here; the dark, seductive lady who acts as DM for a group of younger players,

Man, was I in the wrong D&D group…

I was also GM for Travellers and Robotech RPG. No Satan or alien abductions occurred, either. 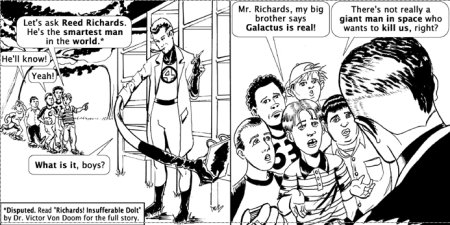 Galactus is Coming! is a freakin’ high-larious mash-up of the classic Jack Chick religious comic tract and the Marvel Comics Galactus Devourer of Worlds mythos. Link (Thanks, Fipi Lele!)

The link, she is rotted. 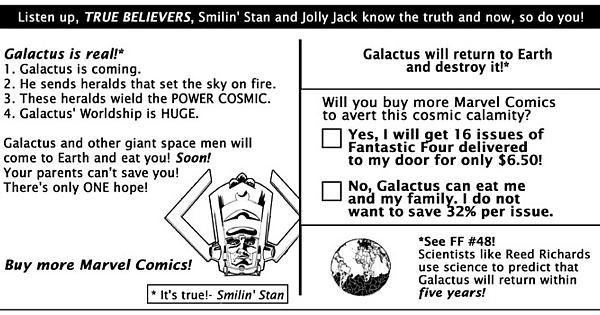 Thanks! Mr. Fantastic is a real douche.

People have more faith in Satan than in Jesus…

Say what you will about Jack Chick, at least he knew D&D isn’t just for dudes.

These tracts help set the stage for the Satanic Panic that took the United States by storm in the 1980s, and revealed and fomented the paranoid worldview of Christian Fundamentalism, which is on the rise in the United States and increasingly influences social, cultural, economic, educational, and political decision-making.

This feels like a rather roundabout way of not addressing just how much Chick’s influence may or may not have had on the Satanic Panic?

Yes, obviously, a lot of people nowadays have heard of Dark Dungeons one way or another, but is that not mostly because it is ripe for parody, or at least a conveniently-accessible means of addressing D&D-related concerns? Did Patricia Pulling not do much to suggest links between D&D and Satan-worship, quite independently of Chick? And let’s not forget that Tom Hanks movie.

She doesn’t even mention Chick.

You did this huge line of ketamine maybe ten fifteen years ago? You prolly don’t remember, but yeah, I signed your name for you. Turns out I got screwed on the deal anyway. Sorry about that.

Timeline does actually check out…

Guess we both got screwed on that deal.

That’s Satan for you. Fun guy, but don’t go near any papers with a dotted line while he’s there. 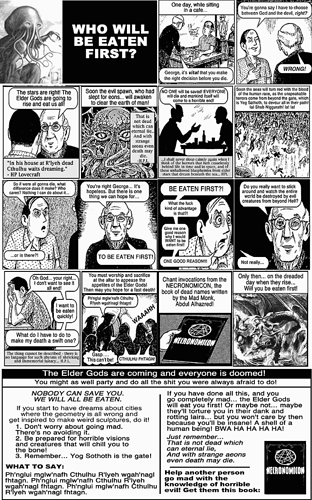 Well, but that also reveals the depth of his misogyny, that young men and women were “mixing” and that young women were responsible for leading men astray.

I hope he’s burning in hell.

The Satanic Panic seems to be having a comeback — everyone’s getting in on the action, from Stranger Things to QAnon to Teal Swan

This is full circle for Teal Swan. Her phony identity was formed in the original Satanic Panic, which also coincided with the “repressed memory recovery” fad of nonsense. A lot of people suddenly thought they had been in Satanic cults somehow without remembering it. It got really dark when people started accusing each other of rape or incest and even going to prison due to phony “recovered memories”.

And let’s not forget that Tom Hanks movie

I think Mazes & Monsters had way more impact on the Panic than people gave it credit for.

For a full accounting of the Satanic Panic, the Pessimists’ Archive (now Building For Tomorrow) podcast did a great episode, which annoyingly I cannot locate on Jason’s site. Try your pod catcher.

I think Mazes & Monsters had way more impact on the Panic than people gave it credit for.

The funny thing is that it’s perfectly possible to make a new movie with the same script just by swapping the RPG for assault rifles.