A chess-set you wear in a ring 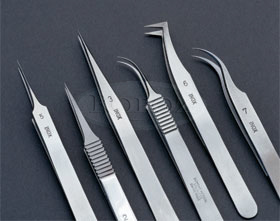 Pretty sure my chosen weapon would be the second from the right. Or maybe the third. Also a ton of beta blockers, since my hands shake.

This is completely impractical, and I totes want it anyway.

One thing missing from this is a pair of tweezers, like a Swiss army knife has.

If I were building something like this, I would make the board able to be unfolded (say 4 pieces each containing a 4x4 segment of the board) and the pieces very small and thin discs. Using both sides would allow you to cover most of the common pawn promotion scenarios, I think.

Actually, if you had the boards anchored with a post in the corner, you wouldn’t need to unfold it – just rotate the boards into position. The different quadrants wouldn’t be at the same height, but that shouldn’t matter that much.

You outlined the usable version of a chess board ring - the one in the OP is the “oh shiny” variant probably not meant to be used for playing chess.

I adore the little figurines of this ring, your idea woudn’t look as cute.

If I owned that, the first time I opened it at a party or something some guy would slap me on the back, sending half of the pieces flying into oblivion.

You may as well just glue them in place. I mean who’s going to demand that you actually take one of the pieces out?

I would demand all the pieces out and a game of Tiny Chess.

If you’re losing and want to (╯°□°）╯︵ ┻┻ all you have to do is move your finger slightly.

“I can tell you it is impossible, near imposible to set up.”

For the Mark II, magnets.

(Sorry Gilbert, obvious solution was obvious–but I refuse to read the whole thread before beginning to comment. It’s too early for that shit.)

For the Mark II, magnets.

That close together, the magnets are not going to play nice and set up a clean set of regions for pole-to-pole attachment. One magnet and metal pieces, on the other hand…

Neodymium alloys work the same at all scales, right? (+) in the squares, (-) on the corners, (-) facing down on the bases.

Neodymium alloys work the same at all scales, right?

It’s not scale, but proximity. The north pole of one piece is going to be close enough to the north pole of another to cause issues. Try this (I just did): Take two circular magnets and place them so that they are the same pole down. Now try and find a way to put them right next to each other. You can’t, because the top side of the magnet (i.e. one pole) is right next to the top side of the next magnet (i.e. the same pole). The bottoms match as well. The only way to get them next to each other is to turn one over, in which case there is lateral attraction. It works if they’re far enough apart, or there is substantial friction, but that’s not going to be the case here. Instead you’d have to use underpowered magnets, which would defeat the purpose. Steel pieces (or a steel bottom) and a single strong neodymium magnet is a better bet.

Also, while testing this, I just discovered that my Parker Jotter is made of aluminum, not steel.

The different quadrants wouldn’t be at the same height, but that shouldn’t matter that much. 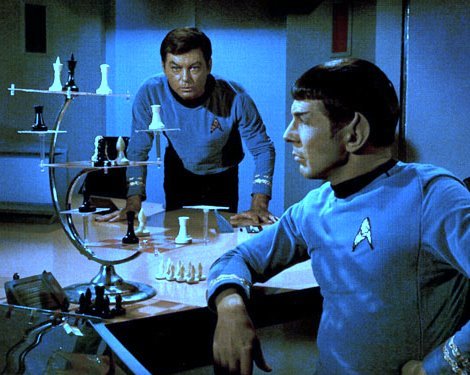 We once tried to figure out rules for 3d chess that included being able to move pieces through time as well. We were really high though.

I refuse to read the whole thread before beginning to comment. It’s too early for that shit. 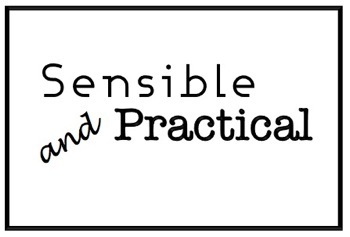 We once tried to figure out rules for 3d chess that included being able to move pieces through time as well. We were really high though.

You already were and the rule is simple, you can only move pieces forward in time.

Backwards chess could be an interesting puzzle. Start with checkmate and work your way to the starting setup using only legal moves…