I wonder if they make good pets?

The soviets domesticated them, but there’s only one farm and they’re expensive and they’re not red.

The red ones are undomesticable and smelly as hell, but YouTube demonstrates that they will play with humans and hang out.

Thanks, good to know. I did see something about that farm, maybe in a doc about dogs. I remember that they had to selectively breed for gentleness in quite a few generations to come up with some that could be domesticated. Hope they’re not still smelly as hell!

Now we finally know what a fox says!

As a rule of thumb, wild animals are called wild animals for a reason. We pretty much domesticated everything that would tolerate it a few thousand years ago.

I’ve seen lots of fox photos, and a few “oh, look, they’re playing with the cat / dog” videos, but I’ve never heard one.

I suspect, from his canine-like expression, that Hanya wants to be left alone, damnit.

I hope fully stable and genetically diverse domesticated foxes are a thing some day, because they’re such handsome creatures and of a handy size. 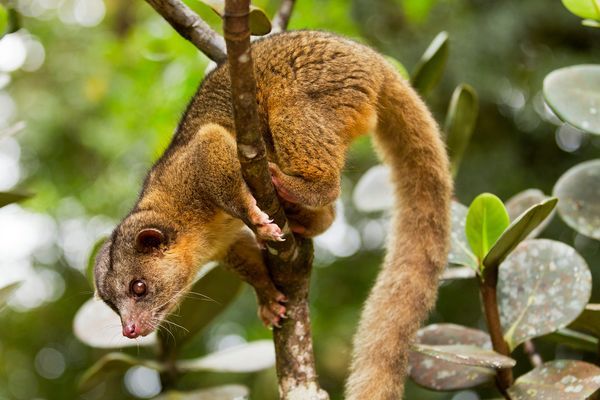 Adorable. Has he never seen a human before? Or is he just new to the scientific literature?

I’m sure that the locals have several Olinguito recipes…

I knew that sounded familiar (at :46)

I know several librarians who would have appreciated having this clip back when every other question submitted to the reference desk was “What does the fox say?”

Awesome! Now I know I know how to say “Stop filming me, jackass” in fox-speak.