A group of Irish fishermen held back the Russian military

Originally published at: A group of Irish fishermen held back the Russian military | Boing Boing

I’m just hoping that Putin and his ultra-nationalist advisors get similarly punked out in Ukraine. The situation is still dangerous but the U.S. and the EU and other NATO allies have done a surprisingly good job at putting up a united economic and military front in support of Ukraine’s national sovereignty.

Putin is obviously desperate for a concession from the West that he can spin as a victory to his mouth-breathing MRGA supporters. It’s one thing to move an intimidation exercise further out to sea. In contrast, an extortion racket based on having 100s of thousands of troops doing little more than glaring across the border can only go on so long.

In response to the requests from the Irish government as well as from the Irish South and West Fish Producers Organisation, the Minister of Defence of the Russian Federation Sergey Shoigu has made a decision.

As a gesture of goodwill, to relocate the exercises by the Russian Navy, planned for February 3 to 8, outside the Irish exclusive economic zone (EEZ), with the aim not to hinder fishing activities by the Irish vessels in the traditional fishing areas.

Odd having a paragraph break within a sentence. But, you know, war is hell.

When you want something done, you get a Sailor to do it, everybody knows that.

I can’t but wonder if you could get the US Navy to back off as easily. Especially those powerful sonars they have ought to be banned. The French even bombed Rainbow Warrior to stop a protest.

while i definitely don’t favor russian imperialism i must say that one happy outcome of a russian invasion of ukraine would likely be to bog russia down in a couple of decades of low-intensity conflict which would be a huge drain on their resources and military. honestly, given the response of most of the mainstream media and the associated punditocracy i’m surprised there aren’t more american pundits advising russia to go in.

a huge drain on their resources and military

To say nothing of the huge reduction in the Ukranian population, 13,000 so far, still at least the Russians would be bogged down.

Ukraine has already been bogged down since 2014 in a low-intensity conflict that is a huge drain on its resources and military.

It is not yet known where the exercises will take place

The way things are going, Cuba.

There was an opinion piece in WSJ on that theme not long ago, advocating that the West should play tough. Either Russia would have to back off, losing prestige, or they would end up with a war in Ukraine draining their resources, just like in Afghanistan. Hawkish to the last Ukrainian.

Opinion | The Strategic Case for Risking War in Ukraine

An invasion would be a diplomatic, economic and military mistake for Putin. Let him make it if he must.

Must have made Ukrainan diplomats nervous about if Washington is really their friend.

Thanks goodness it worked out.

The next step in Irish escalation was U2 writing a song about it, and no one wants that!

Must have made Ukrainan diplomats nervous about if Washington is really their friend.

The Ukrainian government is trying to play down fears of invasion. They say that Putin merely wants to keep Ukraine destabilised, and paralysing the country with fear is one way to do that. 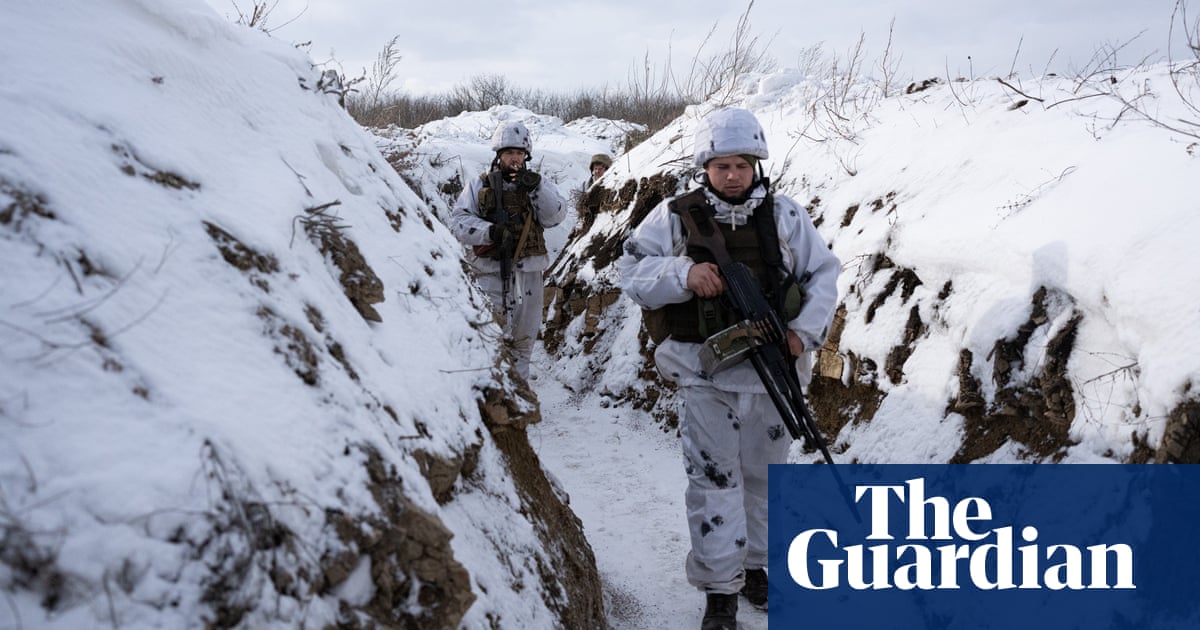 Ukraine: west’s fears of imminent attack not shared in Kyiv

Analysis: Kyiv’s interpretation of Russian buildup diverges from UK and US leaders, who in recent days have ratcheted up invasion warnings

The analysis in Ukraine diverges from the west’s assessment of the crisis as primarily a military one. The belief in Kyiv is that Vladimir Putin’s goal is the long-term destabilisation of Ukraine, and that the Russian leader may have other objectives than invasion.

Russian troops are also thought likely to remain in Belarus once exercises there conclude on 20 February – closer to Nato’s north-eastern flank, Poland and the Baltic states. While the world is preoccupied with Ukraine, [Ukrainian] officials said, the de facto takeover of Belarus by Russia has been taking place at a rapid rate.

The analysis in Ukraine diverges from the west’s assessment of the crisis as primarily a military one.

I have also been thinking that the west’s sudden hawkishness is simply a way to put Putin on notice that hey, everybody’s watching, unlike the other chaos they’ve been fomenting in former USSR states we’re focused on you, any shennanigans and false flags and general agitation as excuses to interfere isn’t going to go unnoticed and we’re not going to take that kind of “who, us? We’re just defending Russians” excuse.

At least that’s what I tell myself to keep from thinking we’re headed to being involved in another foreign war where US interests are negligible but we hardly care because a third party pays the price.

I’ve also previously backed down from causing international incidents when offered prawns, so I’ve now got something in common with a Russian ambassador.

The Ukrainian government is trying to play down fears of invasion. They say that Putin merely wants to keep Ukraine destabilised, and paralysing the country with fear is one way to do that.

My guess is that Russias prefered goal is Finlandization of Ukraine. Putin wants to ensure that Ukraine is a buffer against NATO, and as long as they agree to that he is happy. If they don’t, Cuba is an example of the trouble you find yourself in if you refuse to give in to the wishes of a nearby superpower.

If only. This just like when US/Coalition forces were massing during Gulf War I or Gulf War II.
You simply don’t put this many troops at every mile of the Ukraine border (including Belarus!) and not use them. The ony question is their war aim: capture of half the country (up to the Dniepr), or complete conquest/occupation/annexation. And after that, why stop there? Georgia and the Caucasus would be next.

Meanwhile, in the US, Trump/ists will have it both ways: “Russia would never have conducted invasions during a Trump administration!”; “What’s the problem with Russia invasions, anyway?”

My guess is that Russias prefered goal is Finlandization of Ukraine.

Yet now, thanks to master-strategist Putin, Nato is experiencing a mini-renaissance. “Frontline” east European states have scurried under its protective umbrella, appealing successfully for more troops and weapons. There is revived talk of membership for Finland and Sweden. 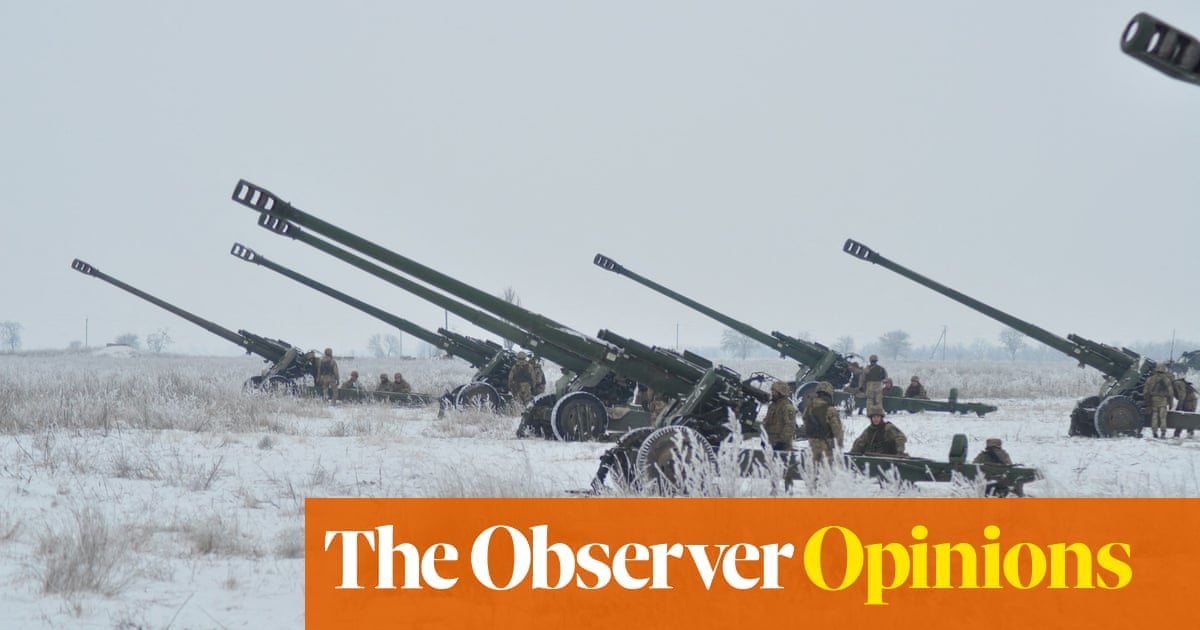 Waiting for Putin: Russia’s phoney war is playing out as surreal theatre

Is the man in the Kremlin’s pressure on Ukraine a masterstroke, or has it served only to rally the fractious west against him?

Finlandization was during the Soviet era when Finland had to make consessions in the peace treaty after WW II, it all became irrelevant with the dissolution of the Soviet Union. Rumors about Finland joining NATO may be a bit premature. In Sweden we have sustained campaign right now to scare people about Russia to swing the opinion in favor of joining NATO. Our largest newspaper, Dagens Nyheter, has at least two stories every day about the horrible Russians.