feeding a group murder of crows

When I first read this story, because these “gifts” were items the crows had been carrying in their mouths and were found at the bird feeder, the cynic in me wondered “How many of these ‘gifts’ are just stuff the crows had to drop in order to use the feeder?”

This story would be a little different if they brought her a doll that says, “Fuck you.”

How about a little investigative journalism to uncover the other side of this story? Somewhere, someone’s getting ripped off by a bunch of crows.

I like to feed gaggles of @crenquis (crenquii), they bring back shiny links.

This steroid guy threatened to kill me more than once. Tried to smash my flat door down.

My sin? Playing Screamin’ Jay too loud. Admittedly annoying for the neighbourhood. But not deserving of threats of murder and all that entails when you have to live under that kind of psychotic oppression day after day for months.

Previously I had developed a relationship with magpies. Birds in general. Helped them out.

One day I was approaching a garage/store to get basic supplies.

Magpies appeared and were symbolically acting out that I shouldn’t go around the corner into the garage forecourt without being aware of danger.

I knew what they were telling me.

I pulled my Assassin’s Creed hood up and walked past the area the magpies were alerting me to.

It was the steroid psycho guy, blowing up his car tyres.

He didn’t see me.

I walked past and right out the other side of the forecourt and waited.

The magpies let me know when he was going. One of them landed a few feet away to warn me not to go back into the forecourt yet.

I stopped. Melted into the sandstone wall.

His car appeared, pulling out of the garage. Off he sped, away up the street. He never saw me.

Develop a relationship with creatures not of the same species, they will help you out.

am i the only one who wonders if this gift-giving behaviour could be harnessed in order to have the crows help clear small pieces of litter from an area? 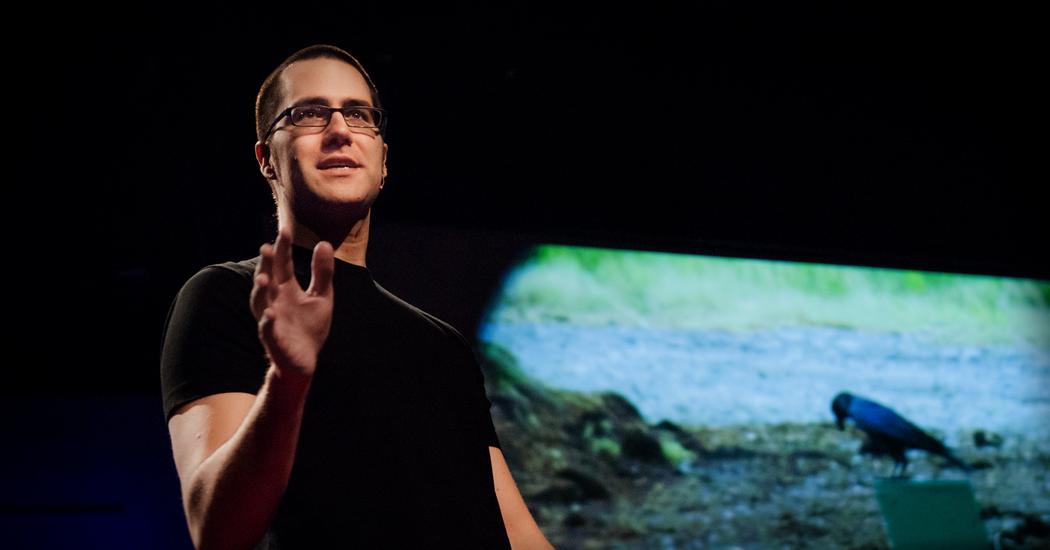 A thought experiment on the intelligence of crows

Hacker and writer Joshua Klein is fascinated by crows. (Notice the gleam of intelligence in their little black eyes?) After a long amateur study of corvid behavior, he's come up with an elegant thought experiment: a machine that could form a new bond...

They really are superbly intelligent. Make and use tools, recognize and remrmber human faces, teach learned behaviors, and possibly mourn their dead.

I have been told by relatives who have seen it, that in the far north of Canada, ravens will lead hunting parties to moose, because they know that there will be scraps for them to eat after the moose is butchered.

Ask the guy who built the crow-feeding machine.

Proper usage is an inebriation of dougs*

Apparently he (eventually, after his TED talk about his thought experiment) may have built the thing, but was never able to get any wild crows to use it as intended, unfortunately. Corvid experts went so far as to say it can’t work. Training a crow to do a specific set of actions to get a reward is completely different from the idea of spontaneous gifts anyways.