He’s never seen snow before (up to now, living in Phoenix): 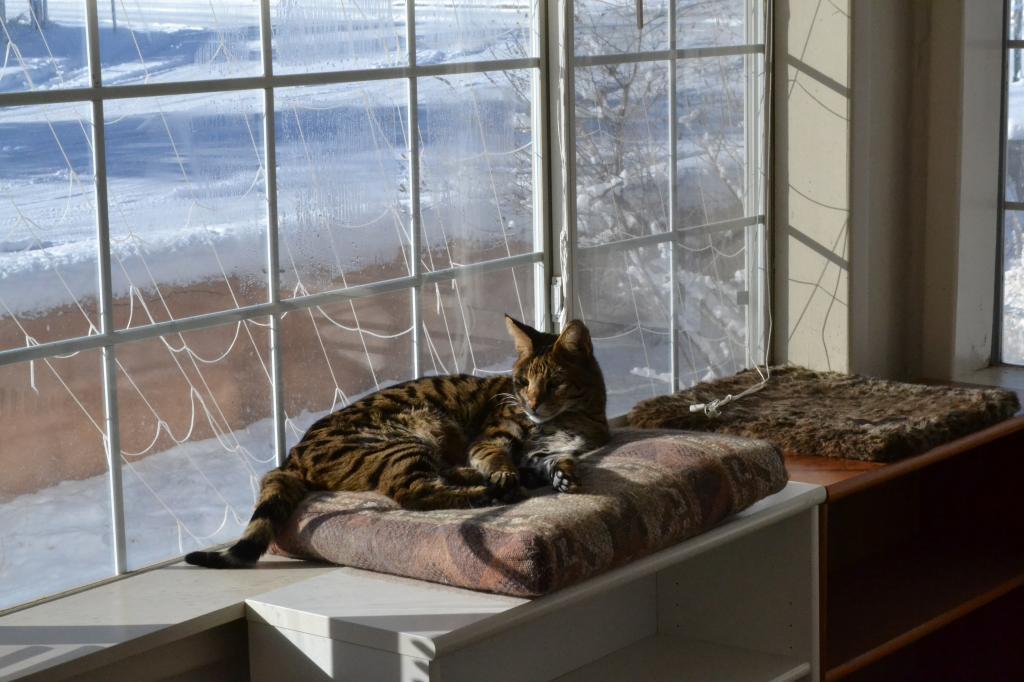 Now, is that your cat’s cushion, or has it been recently transplanted from a sofa for the picture? Only, I see another, cattier cushion behind but, knowing cats, the human cushions are preferable. Especially if already being sat in.

Three cats, three cushions. Plus couch on the sunporch.

He got that one when we scrapped the cushions in a conversation pit. By now, it’s more cat hair than fabric.

The other end of the sunporch with a cat who does not get along well with him (she’s a third his size and quite a bit older.) 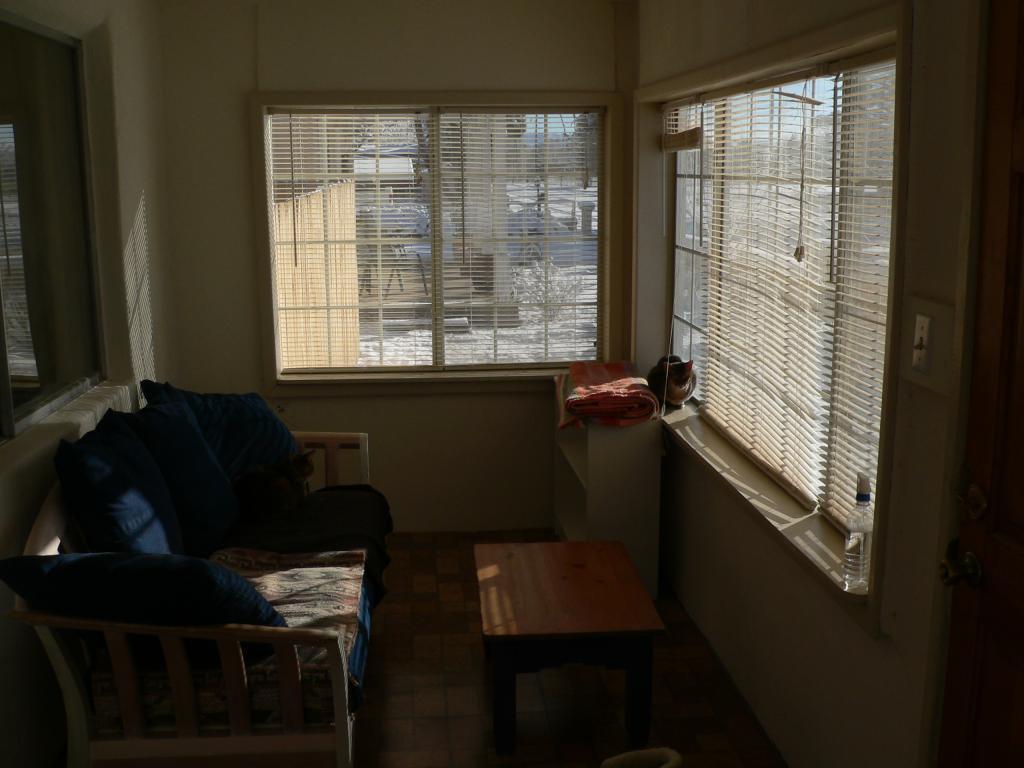