Star Trek web series Star Trek Continues has an excellent sequel to “Mirror, Mirror” called “Fairest of Them All”: https://www.youtube.com/watch?v=dJf2ovQtI6w

Spock may have been the original example of the Beard of Evil, seen most recently on Heisenberg.

Sorry, did you say something? I couldn’t hear you over Uhuru’s abs bangin’.

There’s More Than One of Everything

I thought it was a plausible follow up to the classic episode. I love how amazingly cheesy it all was, just like the original series. They did a great job on matching the sets, costumes and lighting too.

Also having Michael Dorn do the voice of the ships computer (and Marina Sirtis doing it for the first episode in the normal universe) was a great little touch. I didn’t overlook Grant Imahara as Sulu either. I swear that man can make me sit and watch anything. Umm, with the power of science of course…

Yeah, an entire universe to write in, but it’s been so used up you have to leave it to find a decent story. I’m not buying it, any more than I bought that all the lazy amnesia, time travel and OTHER “evil twin” stories were necessary. They’re SF junk food.

The high-production value Trek fan film project Star Trek Continues produced a full episode title The Fairest of Them All which starts with the closing Mirror Universe scene from the original series, and precedes to spin out the narrative of what happens next on the other side.

I thought they couldn’t show navels on TV back then.

I thought they couldn’t show navels on TV back then.

It was in the future, so it didn’t count.
I think by '66 that rule was gone, though.

Sorry, did you say something? I couldn’t hear you over Uhuru’s abs bangin’.

My god. Nichelle’s midriff is the sexiest thing that has ever been broadcast. Ever.

It was much better than the Mirror Universe episodes in DS9 were.

Spock may have been the original example of the Beard of Evil, seen most recently on Heisenberg.

Sussman sees the Mirror Universe and alternate realities as Star Trek's future, pointing to Abrams' reboot as proof of this. The optimistic, hopeful future depicted by Star Trek may be wonderful and fun but Sussman said there's also something about exploring the darker side

The problem with exploring the dark side is that it is well trodden ground. Almost every movie does it already. Great - the Federation is corrupt. How many corrupt police/government/military/corporation movies have there been? And it's lazy, making the protagonists respond instead of act, and justifying any action you want them to take. *Star Trek* should be about the biggest issues - about justifying morality and policies when confronted by different morality and policies. Not just blowing up the bad guy.

Exploring alternate realities is great if done for the right reasons (because that’s what sci-fi is), but so far the new movies are only “what if Star Trek was Star Wars”. Stargate SG1 was alternate realities done right, being chock full of parallel dimensions, clones, robot clones, different timelines, revisiting history and so on. But again, that made it a different kind of show, one about the missteps and ignorance and misguided good faith that could have changed everything. Star Trek has a formula of its own, and it’s more than a guy saying “I’m a doctor, not an escalator”.

This is what happened in the United States in 2000. Where Bush and Cheney were transported into power for 8 years before the effect could be reversed.

A new ST series should be based on the alternate dark side.

The other trope is ‘growing a beard’, which refers to the season in which a TV show finally finds itself and becomes truly great. This is from season 2 of TNG when Riker coincidentally grew a beard.

The problem with exploring the dark side is that it is well trodden ground.

Star Trek has a formula of its own, and it’s more than a guy saying “I’m a doctor, not an escalator”.

One of the key unifying themes throughout most of Star Trek, is the importance of adherence to principle. In the original series, the characters, particularly Spock and McCoy, often argue about how to choose between competing principles, and often the climax of an episode was a Kirk monologue about a matter of principle. In The Next Generation, a recurring trope was the need to choose between expediency and principle; the protagonists always chose principle, and it was always shown to be the right decision. (Starfleet Command didn’t always agree. A recurring unsurprising plot twist was to learn that the Starfleet admiral was in the wrong.)

This was compromised in Deep Space 9, which was intentionally darker and edgier than the prior series. On a few significant occasions, major characters did choose expedience over principle – and while they were ill at ease with what they’d done, within the story, their decision seemed to prove correct.

My interest in Star Trek had been renewed by playing Star Trek Online (and I keep asking myself why I’m spending so much time playing this game, given its many flaws). I’d rewatched the first two seasons of ST:TNG, which I hadn’t in years, and one thing that leapt out at me was how little representation of violence there was. The only time the protagonsists fire a phaser in anger at a living thing in the first season is in the season finale, in an extraordinarily grave situation – and this is followed by a speech from Picard on how regrettable it was to use violence, given the importance of respect for all life. Somewhat similarly, in ST:TOS, it was usually implied that the Federation could simply overwhelm most cultures it encountered, by force or other means, but that it refrained from doing so as a matter of principle; Kirk was prone to testing the boundaries of this, but generally ended up reaffirming the principle. With Kirk, I think it was a neat trick of establishing empathy with the character, so that we’d understand how he always worked back to the principle: “Why don’t we just kill the Gorn? Oh, right, because we’re better than that.”

By contrast, in Star Trek Online, almost all there is to do is combat. Perhaps worse, in the storyline (which is fixed and completely linear, allowing for no role-playing), expedience is frequently chosen over principle. In ST:DS9, Section 31 was introduced as a malignant force within the Federation, which justified all its violations of principle in the name of expedience; in STO, its claims are taken at face value, and a character playing as a Federation captain has no choice but to accept missions from Section 31. From what I can tell, players of the game are split about how they feel about this.

Getting back to the Mirror Universe, one of the tropes in Star Trek is that they encounter negative reflections all the time. Supposedly the original premise of ST:TOS was that they’d encounter “alternate Earths”, which would be implicit contrasts with the utopian Earth that Kirk and crew come from, and allow for social commentary. The Klingon Empire, as originally presented, was a culture that was as technologically advanced as the Federation, but unhesitant about overpowering other cultures – they were the negation of the Prime Directive, which tended to get mentioned most often in episodes featuring the Klingons.

I think you would like the recent TNG/DS9 novels, especially the Typhon Pact series. Basically, in response to certain events in the Federation and the Romulan Empire, the “bad guy” races of Star Trek (Romulans, Gorn, Breen, others) create a military and trade alliance called the Typhon Pact. In response, the Federation creates alliances with other powerful races. Usually this would be a prelude to some massive galactic war, but in the series of novels the tensions are actually ratcheted down, and understandings are developed between the Federation and some of the Typhon Pact powers, even in response to some extremely provocative maneuvers.

The other day, I streamed one of those old Star Trek Episodes. 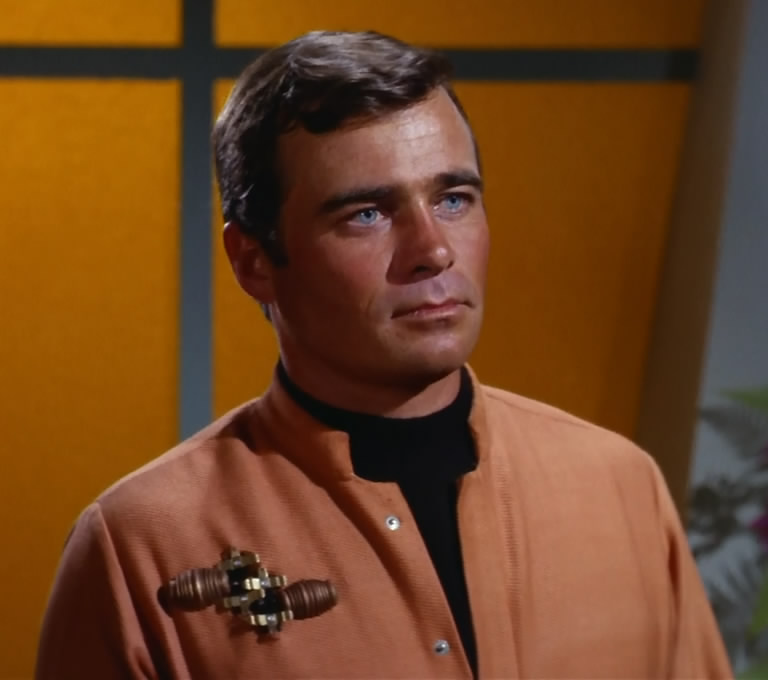 On an isolated asteroid, Kirk finds Zefram Cochrane, inventor of the warp drive, who has been missing for 150 years. Kirk, Spock, and McCoy are ferrying Federation Commissioner Nancy Hedford back to the USS Enterprise. The commissioner, who has been...

hoo boy, that was hokey. Reminded me of Interstellar.