I still haven’t seen Into Darkness. 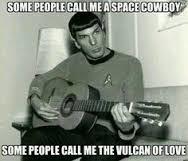 The only part worth watching is the cold open scene. Throw the rest of the movie into the trash.

So Star Trek really has been stripped of everything that made it unique (space diplomacy!) and turned into some super generic FX-laden blow-em-up in space. What a shame.

If you get upset over a movie having too much shit that makes no sense, then don’t.

The first reboot was ok. The 2nd one I think i lost sanity over. This could be fun if the plot doesn’t suck.

But of of course they have turned Star Trek into a generic sci-fi action genre, devoid of anything resembling the thought provoking challenges in Rodenberry’s original vision.

and shame on Simon Pegg for decrying the childish dumbing down of sci fi and then doing this shit. WTF, Simon?

So, let me get this straight. After “Into Darkness” pissed the fans off by dumping all the cool Star Trekky stuff and just being a generic sci-fi action movie featuring Spock and (spoilers, eh) Khan in an extended fistfight, they answer fans’ ire by hiring the director of The Fast and the Furious? Welp, this is what you get. Sabotage, indeed.

I still haven’t seen Into Darkness.

Everything remotely worth watching in that movie:

I call him Frumious Bandersnatch. It makes my wife laugh every time.

A noble sacrifice on his part. His Scotty makes the world a slightly better place.

Saw it and my response was ‘Eh.’ I’ll probably see it on DVD or streaming or something like that. Probably won’t go to the theater to see it.

Same here. Although I have only watched parts of Into Darkness while flying and without the sound. An episode of DS9 on Netflix provides more enjoyment than the new films.

The only part worth watching is the cold open scene. Throw the rest of the movie into the trash.

Yeah, I admit I got a kick out of the “We shall worship the Enterprise as our new God!” gag.

I think the thing that pissed me off most about the reboots is that Spock’s character was changed from “the one guy you can always count on to never lose his shit” to “the guy who is constantly losing his shit.” The first time he got pushed over the edge and gave someone a violent beat-down it was an interesting revelation about Spock’s mostly unexplored childhood. But by the third time he did it my reaction was “so Spock is basically Bruce Banner now?”

Abrams and Linn just held a press junket discussing their interest in film and their thoughts about the direction they took Star Trek in… https://youtu.be/uHkvD7-u7y8

So Star Trek really has been stripped of everything that made it unique (space diplomacy!)

In fairness the “space diplomacy” stuff never really worked in the films as well as in the TV series. Star Trek VI: The Undiscovered Country arguably had the most space diplomacy but doesn’t hold up nearly as well as Star Trek II: The Wrath of Khan (which is doubtlessly why Into Darkness used that film as the basis of its remake/homage/parody).