What brand of coconut oil do you use?

If its a solid coconut oil I don’t think it will work. The method relies on the gelatin coagulating and solidifying while the oil remains liquid. The gelatin sinks down through the oil, picking up all the crud and setting after it sinks to the bottom. If the oil is solidifying at the same rate, or faster, than the gelatin can. You’re not going to get that effect.

If its a liquid oil it works GREAT. I’ve been shocked at how clean it leaves the oil. Though I’ve found it useful to use a bit more gelatin for the volume of water recommended. You get a harder crud puck thats easier to remove.

Wonder if this would work with agar-agar instead of gelatin? (I’m a vegetarian, so I don’t use powdered cow bits, and I don’t deep-fry often enough to try this myself.)

I would think anything that gels over time/based on temperature, rather than immediately. And is water but not oil soluble. Should work. So Agar definitely might. But agar is also used as an emulsifier, so depending how it works on that front it might just lock the water up in suspension with the oil. IIRC the serious eats guys mentioned testing veg friendly alternatives and other agents in the comments.

Kenji is a modern wizard. for kitchens.

Okay, this was first posted back in June. When is he going to post a followup? Or is he still using that one pot of oil?

You eat that much fried food?

pectin is gelatin from apples and other vegetables and I see it more often than animal gelatin or at least as often.

Pectin is not gelatin. Gelatin is a protein. Pectin is a polysaccharide, a type of carbohydrate. Gelatin can only come from animal sources as its rendered from collegen. Though pectin and collegen have some what equivalent roles in animals and plants respectively.

I do think pectin produces an end result closest to gelatin. But it’s gelling ability is heavily dependant on pH and the presence of sugar. I don’t think pectin will gell in plain water. So it likely wouldn’t work. And using sweetened water would very well be a disaster.

far out. I just used it as a reliable substitute in cooking and my mom’s cookbook called it “vegetable gelatin”. Must be marketing creep.

Vegetable or vegetarian gelatin is a common trade name for some plant derived gels and stabilisers. Including those based on pectin or agar. But gelatin itself is a specific molecule.

So far as I know pectin won’t work in savory or unflavored applications. Because it needs sugar to form a strong gel, or to gel at all. Acid can strengthen the gel without additional sugar, but there needs to be some sugar.

So pectin alone won’t gel enough to do the job here. Sweetened pectin is a bad idea. Some of the water and gelatin stays suspended in the oil. And foams out when you reheat it. The gelatin Browns off and drops to the bottom, the water boils off. Sugar in the mix means sweet oil and badly scorched sugar instead of browned proteins. So, barf.

So it’s pretty important to note that filtering is not the only concern for reusing frying oil. Oil will degrade over multiple heating/cooling cycles, and using oil that has degraded a lot can be a big risk factor for starting a fire in the kitchen.

I’ve only cleaned the same oil this way twice so far. But part of what makes it so promising is that it doesn’t just seem to pull out the typical crud built up by frying as with typical filtration. It significantly lightens the color of used oil. Leaving it almost as clean, odorless, light as fresh oil. So it seems to remove some portion of the degraded part of the oil as well. People have been reporting a significant increase in the number of uses before the oil gets scuzzy.

It’s not gonna make your oil last for ever, but it apparently makes it last much longer. The most uses I’ve gotten out of oil filtered the other ways before it got gross is 3 or 4. More towards 4 if I dilute it with fresh oil. I plan to keep the oil I have now going as long as I can. I’ve been really shocked to see how clean this makes it. No sign of darkening at all.

You eat that much fried food? 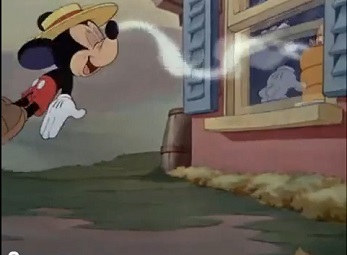