Had a hankering to twist a few pixels; when I was done I thought a few peeps here might dig it. 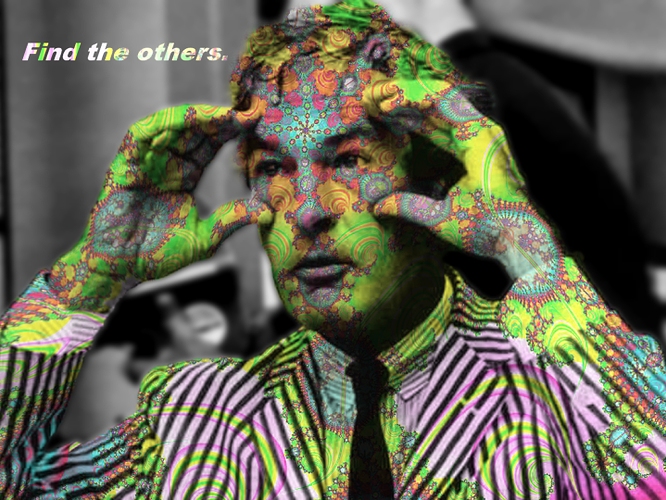 I thought this was how Timothy Leary looked normally.

The thread was up less than ten seconds before you replied!

Dude, you don’t get it. I had tons of time to post because I replied from the future.

I got fired from my college job in the library by skipping out to go see Leary debate G. Gordon Liddy. But the fucked-up part was that my boss also went to the debate. I told him I was going to go, he said “cool, I’ll go, too.” But of course, randomly, his boss decided to visit that night (the only time he ever tried to visit us on the night shift, naturally.)

I wouldn’t have missed that for the world.

Did your boss at least stare at his feet whilst he fired you?

yeah, pretty much. he was real sheepish about it. we were friends, Chad was only a few years older than me and that little crew of stacks-workers he managed, including him, was part of a larger social scene–I was probably the least proto-indie-rocker-type of us all.

I never met the upper-level boss, but he was described by Chad and some of the other employees as an extremely tightly-wound Chinese national. The idea of us not shelving books for a few hours that evening just didn’t compute to him, apparently.

Though, I’ll always be grateful for that job if only for one thing: I re-shelved this book one evening 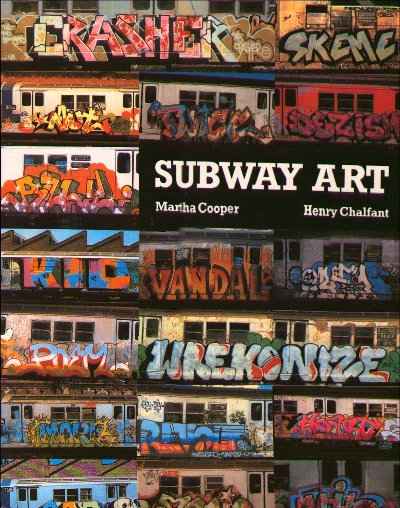 a watershed moment for me because I’d been tagging for a few years at that point without realizing the the larger context. A few years later, another writer found me out and told me to go to that same library’s video room to watch Style Wars, but I was already much deeper into it by then :^)

This topic was automatically closed after 1017 days. New replies are no longer allowed.