For his part, Idris Elba himself said he was flattered that so many people were throwing his name out there but he thought he was too old to take on that role. (For context, Elba is already older than Craig was when Craig’s iteration of Bond retired from the role of 007.)

Which fuming came first, that or Pacific Rim?

I want to see a fork of the franchise: let’s go back in time to when Judy Dench’s “M” was an 00x agent, and cast some strong female actor in that role. There’s no way Dame Judy’s tough “M” came up through the administrative bureaucracy, right?

I would definitely pay to see M chastising an underling with “Is you taking notes on a top-secret fucking operation??”

That is part of the plot* of Skyfall – Judi Dench had been head of Hong Kong section and swapped the villain (who used to work for MI6) for other agents.

*seems a bit daft to suggest there is a plot, it was all too ridiculous.

Tbf, a field agent career would have happened before a posting as station head. But in the world of the movies I really can’t see her as a field agent, at least not of the blunt instrument variety that is the 00 programme. I’d always envisioned her as having been recruited out of university and having a career as a legal resident (i e. an intelligence agent posted officially to an embassy with a slim cover story (the infamous trade attachés, etc.)). Probably recruiting assets but not carrying out assassinations and the like. Her skills lie in handling people and in strategic thinking, just like Ralph Fiennes’ M’s skills like mostly in politics rather than field work, although he does have a background in that.

I didn’t know that Aaron Taylor-Johnson is British. Go figure. My first real exposure to him was in “Kick Ass”-- no accent. He surprised me “Tenet”, where at first I didn’t recognize him.

recruited out of university

Per You Only Live Twice JB is a Cambridge man with a first in oriental languages.

Spies recruited out of British Universities? Perish the thought!

Regarding the casting of the next Bond, I was hoping that Lashana Lynch was going to return as 008.

I thought she was rather good in the role. 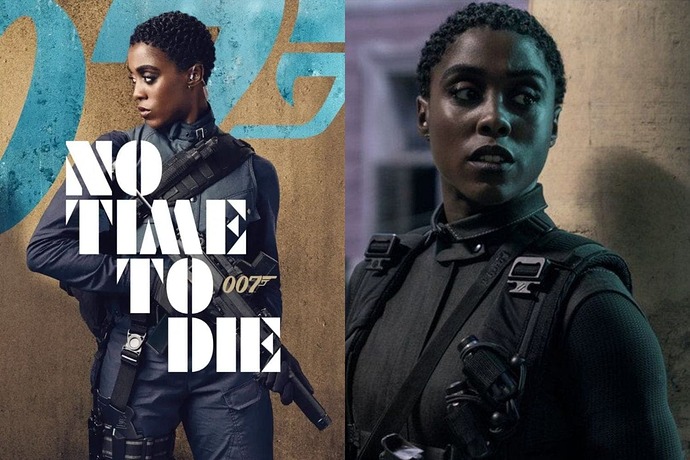 she was rather good in the role

If you believe MI6’s portrayal in The Night Manager, then the head of that service might as well be a head of lettuce.

I’ve seen him tell people to just watch Luther when questioned about it.