Nah, says the guy who writes Bond books… “too street” he says:

In an interview with the Daily Mail, Anthony Horowitz, the novelist most recently selected to add a book to the James Bond canon, spoke about why he thinks Idris Elba wouldn’t accurately inhabit the character. “It’s not a color issue,” he asserted...

Doesn’t dude know Idris is one of the internet’s boyfriends and is basically perfect in all ways?

As far as I’m concerned once they decided they could get away with a smooth-chested blonde guy then all bets were off as far as Bond’s physical appearance goes.

I think Elba might be getting toward the upper end of the age spectrum for the part (Connery once said Bond should be played by someone 33-35 years old) but at least he’s still a good 15 years younger than Roger Moore was when he filmed Spy Grandpa visits San Francisco.

They say Elba is too close in age to Craig to replace him, but Moore is older than Connery.

‘Too street’ sounds like a dog whistle. But then apparently he thinks Adrian Lester would be okay (EDIT: also the same age as Craig). Maybe he added that so he didn’t sound too racist.

I’d go with Chiwetel Ejiofor. Or stick with my old idea of Rufus Sewell (except he’s the same age as Craig).

He was right about Skyfall being arse though.

Idris would make an excellent Bond, and damnit it is because he is a fucking phoenominal actor who is so sauve it hurts. Off the top of my head I can’t think of a better actorfor the role (with the giant caveat that I don’t know all actors).

I could name some Americans, but I doubt 007 will ever be an American.

They say Elba is too close in age to Craig to replace him, but Moore is older than Connery.

Moore didn’t replace Connery because Connery was too old, he replaced him because Connery didn’t want the part anymore. Moore’s age wasn’t an issue for the first couple of movies but by the end he came across less as “charming playboy” than “creepy old man who really should have stopped trying to hook up with chicks that young about 25 years ago.”

So I guess Elba might not be too old for the role so long as they don’t try to keep him around for too many movies.

Connery was too old, though. He was too old in Diamonds are Forever, let alone Never Say Never Again.

I don’t think any of the Bonds have managed more than a couple of decent films TBH.

Also, anyone who hasn’t seen this should read it:

I got it. The perfect Bond.

Well, NSNA actually addresses Connery/Bond’s age (although they still forced him to wear his rug) so like it or not, Connery was probably just the right age for that movie.

Holy Mackeral Idris is only five years older than me! Draft. Him.

(Glob damn it, Hiddleston is three years younger than me. What have I done with my life?)

Nah, says the guy who writes Bond books… “too street” he says:

James Bond’s creator, Ian Fleming, originally doubted Connery’s casting, saying, “He’s not what I envisioned of James Bond looks”, and “I’m looking for Commander Bond and not an overgrown stunt-man,” adding that Connery (muscular, 6’ 2", and a Scot) was unrefined.

Idris would make an excellent Bond, and damnit it is because he is a fucking phoenominal actor who is so sauve it hurts.

He would be good, wouldn’t he? Let’s see if pure internet hype can Snakes on a Plane this meme into reality.

I could name some Americans,

but I doubt 007 will ever be an American.

Let’s just ignore Barry Nelson, everyone does anyway. But they did have an Australian, so that’s something. Also, this list of actors considered for the role is incredible.

Shit, there I go being unserious again.

Jeremy Brett!? JEREMY BRETT!? He would have been so good your eyes would pop out.

Daniel Craig has been the one who closest resembled the Bond described in the books physically, but whatevers. He was described as looking like Hoagie Carmichael with a long scar on his face. So something like this… 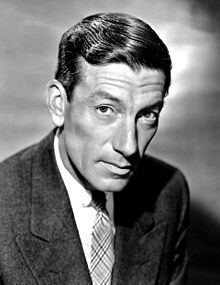 Anyway I think Idris Elba is an awesome choice for Bond.

Honestly I enjoy the Connery and Craig movies the most. Pierce Brosnan will ever live in my memory from Mars Attacks. 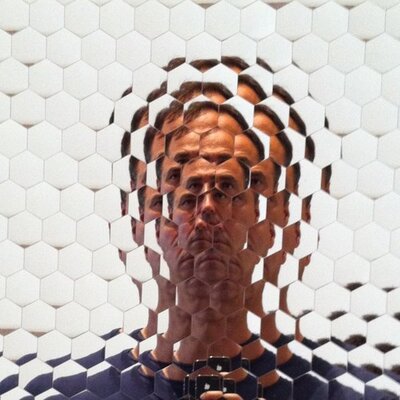 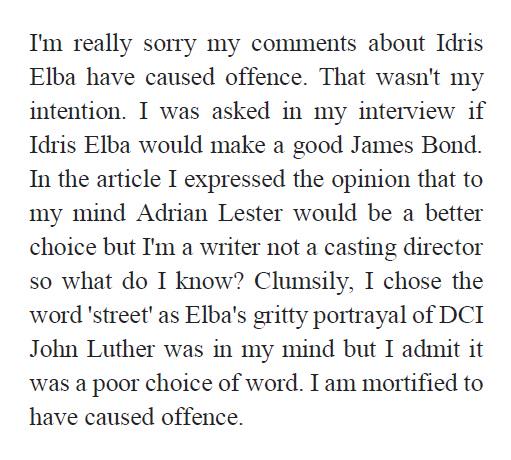 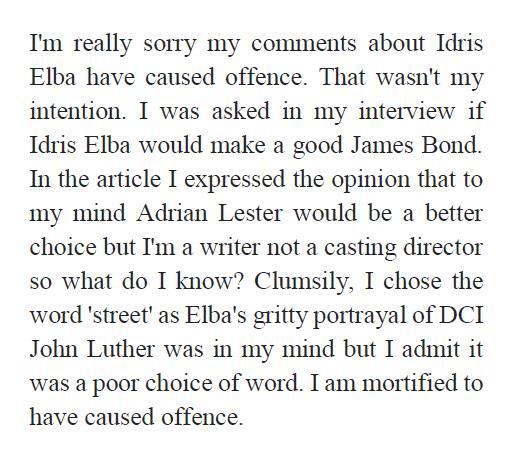 a couple of things that really steam me over this.

I could never imagine Moore actually having sex with his ladies. I figured he’d hop into bed, in full leisure suit, and just smirk at them.