The next 007 will have to serve for a decade

Originally published at: The next 007 will have to serve for a decade | Boing Boing

Yeah. Mr. Elba’s ethnicity isn’t a problem, but he is probably too old for the role.

I loved it when Pierce was cast, but the movies were still pretty goofy, it hardly seemed to matter much. Even Timothy Dalton reminded me a bit of ’the Saint’ which I didn’t mind, though he lacked screen presence. Daniel Craig looked FINE to me from the start, and turned out he worked very well on screen. You basically just need to look cool and do certain things very fast. I mean, almost anyone can do it? I guess the biggest part about choosing Bond is the anticipation, and not knowing who it will be. Hey, it might be YOU, or ME!?

My first Bond was Moore, 1973, Live and Let Die. Fun film, but I was young enough to hide behind the cinema chair when the shrunken heads started firing darts.

Craig was my absolute favourite. Because when he started in Casino, they paid homage to the original work (the torture scene etc) but also because he played it with the grit that Fleming intended (I know there was also a lot of crap in those books).

It was also my favourite section of Bond films as they managed to complete an arc that kind of made sense (more than any other Bonds) and actually managed a finality to the story, rookie to pro to end-game. No Time To Die is, in the opinion of my dad, the worst film ever, because of the ending. It’s my favourite, because of the full-circle-homage going on. Rami Malek as, basically, Dr No, hence the stiff acting, and all the little nods throughout the film to the decades-old legacy.

No idea how they’re going to follow that.
I have rambled. Sorry if that was too much.

Roger Moore later joked he was “about 400 years old for the part” when he played Bond in View to a Kill at age 58. I think there are aspects of the Bond character that work better for a gung-ho, frequently reckless agent in his 30s than a more experienced veteran agent in his 50s.

For example, Bond’s incessant womanizing and inability to settle down just comes across as kind of creepy when he’s old enough to be someone’s grandpa, especially if he’s still carrying on with women in their 20s. (Same applies to Leonardo DiCaprio.)

While filming VtaK, Moore was particularly humiliated to learn that he was older than co-star Tanya Robert’s mother.

Hence his inability to maintain a relationship…

I still think Idris Elba would make a great M. We already know he can play a gruff commander who has had just about enough of a rogue officer’s destructive tomfoolery.

Well if we can be certain of anything about the new Bond, it will be that Barbara Broccoli fucks it up.

Casino Royal and Quantum of Solace should have been a slam dunk two-parter. I know the writers strike messed up Quantum, but if you watch Casino and Quantum back to back, it’s still one of the strongest entries in Bond. But to then follow up the whole ‘new double 0’ vibe of those two films with the ‘I’m to old for this shit’ vibe of Skyfall was just incompetent.

Then the whole getting the rights back to use Blofeld in Spectre was handled in maybe the worst way possible. None of the prior three films even hinted at that retconning they did.

But the thing that really got me about Spectre was that it seemed to hint that maybe they were going to use the Madeline Swann character to update Diana Rigg’s Countess Tracy di Vicenzo from On Her Majesty’s Secret Service. Because the comparison of Vesper, the woman Bond falls in love with at the beginning of his career, to Tracy, the woman he falls in love with after he’s been an agent for a while is a pretty good story. Despite Fleming’s misogyny, Tracy is a good character from the books that’s only been used once. It should have been an easy lay-up shot and they just bungled it.

Now that they have killed Bond on screen, and now that Elizabeth is dead, maybe they should just quit. Both Bond and Queen Elizabeth started in 1952, maybe this should be the end of a few era’s. I don’t think Bond is going to play as well with Charles and Camilla as an unspoken backdrop, unless maybe the plot is Bond killing the monarchy.

Then the whole getting the rights back to use Blofeld in Spectre was handled in maybe the worst way possible.

Plus they literally ripped off a plot twist from the worst Austin Powers movie for no good reason. Blofeld is Bond’s (adopted) brother now!?

I’d not thought of that. People banging on about him being Bond, etc.

He’d be a brilliant M!

I’m glad you pointed all that out.
I had not thought to look on the bright side.

So now that I’ve made one Bond comment, I’m thinking about this way to much.

I think the best idea moving forward from the Craig Bond’s would be a series of one off Bond films by different directors with different Bond’s. There are enough different era’s of Bond that it would be fun to see updates on the different styles. Tarantino wanted to do a 60’s style Bond movie which probably would have been pretty fun. Personally I grew up with the tail end of Roger Moore and the two Timothy Daltons. I would love to see someone doing a late Roger Moore style Bond film that takes place in the early 80’s but updated with a 2020’s take on the material that would hopefully be less embarrassing then the actual 80’s Bond films.

less embarrassing then the actual 80’s

It’s true, kids, the '80s weren’t nearly as cool as they looked on MTV

I thought this guy would be a good James Bond. He was in this really cool Irish TV series called “Normal People”. He’s got some good acting chops. 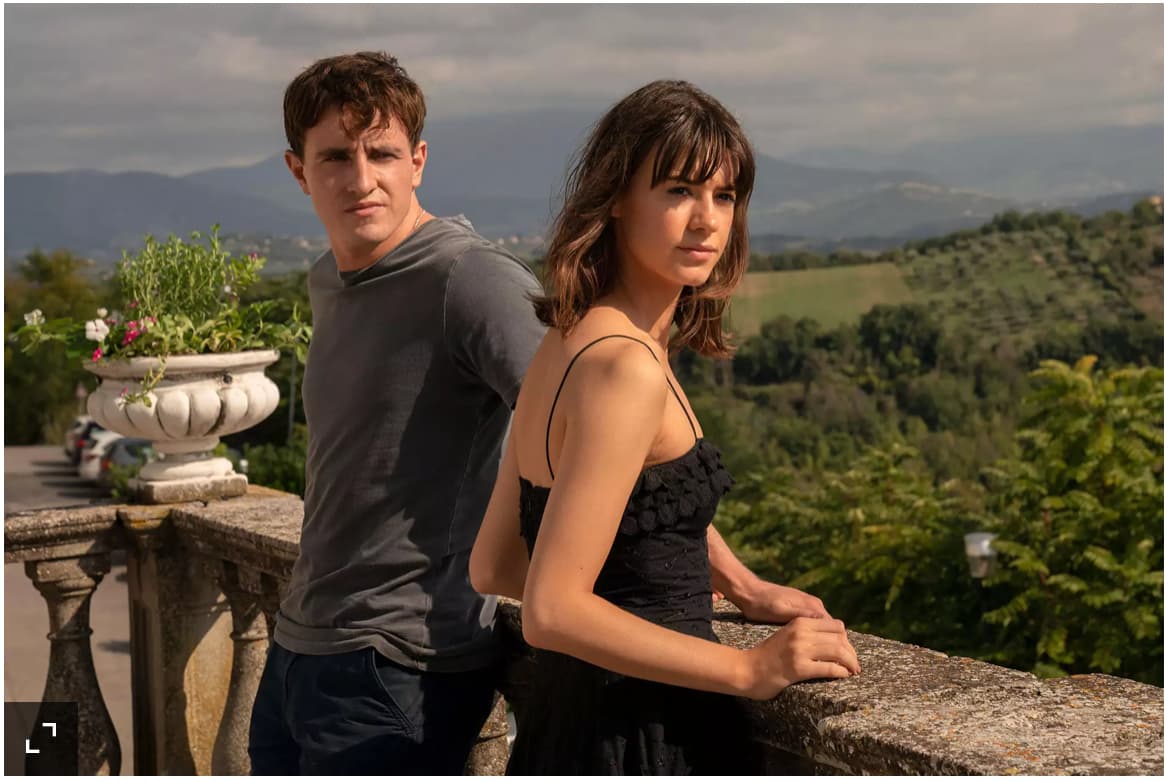 (My partner off screen) “Yeah, and you wanna bang him!”

Now that they have killed Bond on screen, and now that Elizabeth is dead, maybe they should just quit. Both Bond and Queen Elizabeth started in 1952, maybe this should be the end of a few era’s. I don’t think Bond is going to play as well with Charles and Camilla as an unspoken backdrop, unless maybe the plot is Bond killing the monarchy

Bond has always represented the British state, not the monarchy, so I don’t see the connection.

He would be, but Ralph Fiennes is doing a good job and there’s a tradition of keeping Ms even when the Bonds change.

So introduce a wacky subplot where Ralph Fiennes has to train his successor and James gets shot with a stun dart for making an “M&M” joke.