Aktion T4 (German, pronounced [akˈtsi̯oːn teː fiːɐ]) was a postwar name for mass murder through involuntary euthanasia in Nazi Germany.[b] The name T4 is an abbreviation of Tiergartenstraße 4, a street address of the Chancellery department set up in the spring of 1940, in the Berlin borough of Tiergarten, which recruited and paid personnel associated with T4.[c] Certain German physicians were authorized to select patients "deemed incurably sick, after most critical medical examination The killi...

The GOP really ramped up the eugenicist ideology this summer, suggesting responsible people don't get sick or have disabilities. So.

Before I went nuts, I was a neuroscientist. Before then, I worked in rehab, mostly focused on adults with traumatic brain injury. Disability is a field I’m familiar with.

I’m not in America; I’m on the other side of the world. But we live in an interconnected, viral reality, and my country is particularly prone to echoing American trends. Australian fascism is already obviously gaining momentum, drawing both inspiration and funding from the USA.

My motion disorder is mostly Tourettic, although there’s a touch of Parkinsonism to it as well. I twitch, and squeak, and my limbs fly about of their own volition.

The exact effects move around over time, but there are two consistent features.

The left hand is fine, but the arm flies about all over the place. The right arm isn’t fine, but it usually binds itself to my chest rather than flying about. Even when that arm is working, I only have feeling and full function in a thumb and one finger of that hand. My right leg tends to lose coordination at awkward moments, too.

The summary version of that paragraph of whinging is: I can’t fight worth shit these days. I can’t even make a proper fist.

The first victims of fascism are often the most vulnerable. The activists of ADAPT know their history, and they are fighting as hard as they can to stop it from happening again.

Don’t make them do it alone.

What's in your driveway, Sessions? The patriots of ADAPT! #ADAPTandRESIST https://t.co/Qc0EPuscyi 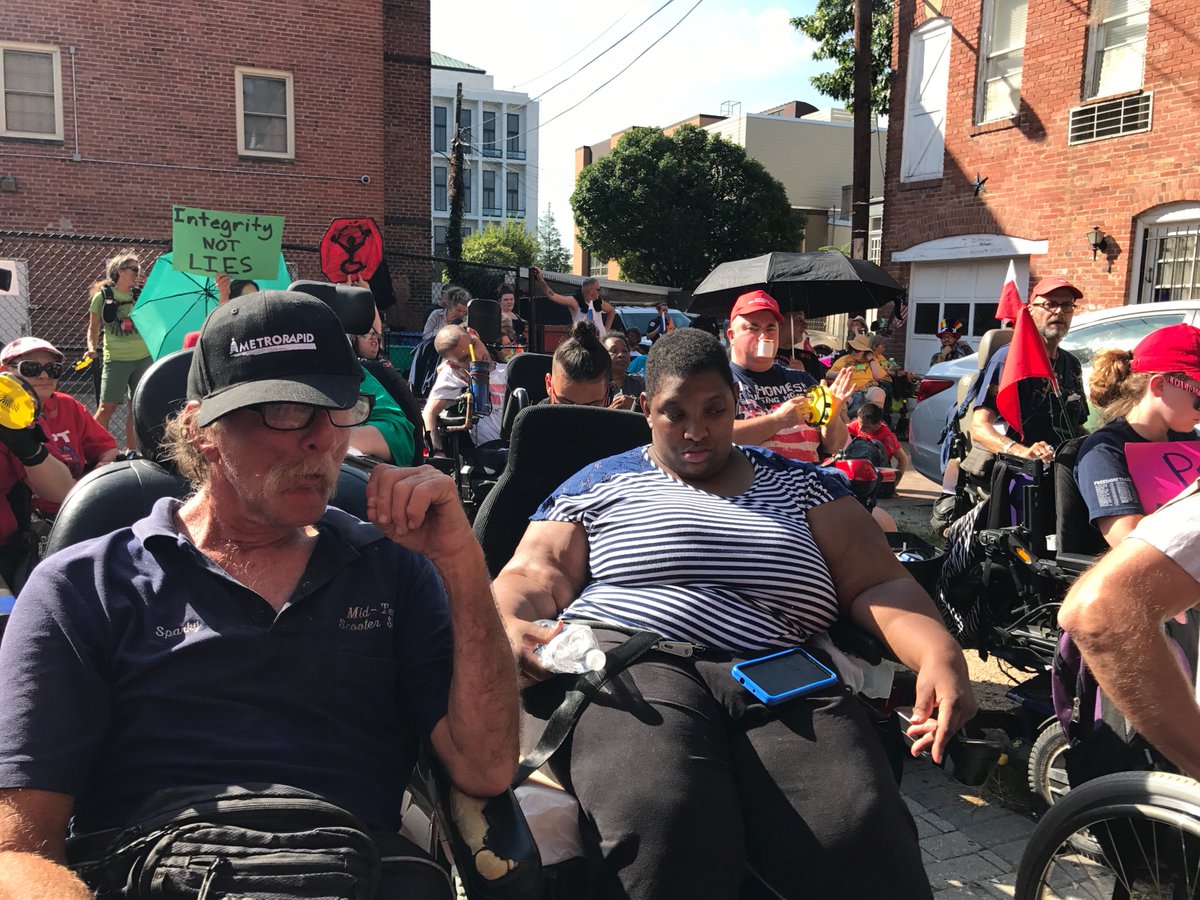 The forcible, and ugly, removal of citizens from the United States Capitol - fearful of losing health insurance (Photo/Getty) https://t.co/rWYbTkP8BR 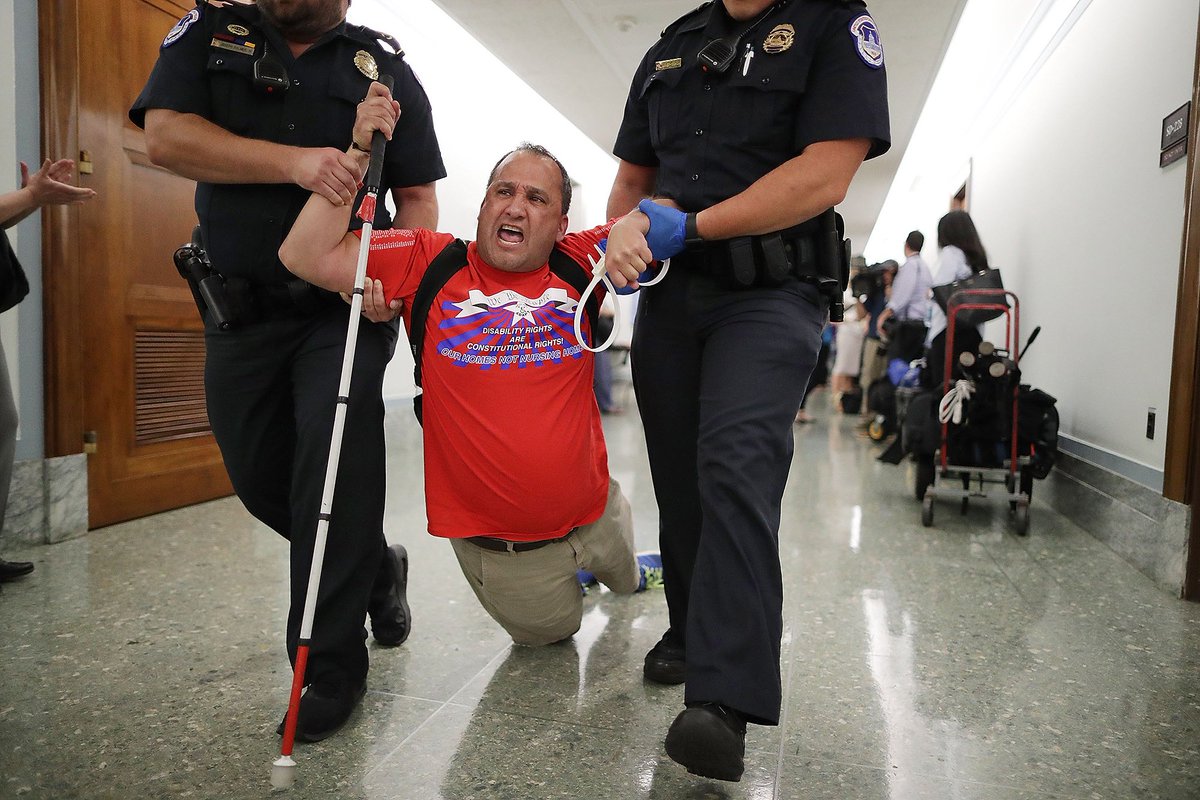 The activists of @NationalADAPT are inspiration to us all who dream and fight of a better society. Healthcare is a life or death issue. twitter.com/MEPFuller/stat…

20 Likes
The promise and peril of reading your genome in 2017 (or for that matter, 2018)
Price of 40-year-old cancer drug raised from $50 to $768 a pill
Undocumented Americans
Standing up by sitting down: the overlooked power of the sit-in
ACA isn't enough: single-payer is a feminist issue
58 killed and at least 515 injured by gunman in Vegas
Summer Uprising: Enough is Enough
Black Lives Matter. Still
Truck driver plows into people in New York bike lane, multiple deaths reported
Snowlark 3 October 2017 13:15 #2

This can’t be pointed out often enough. Thank you.

Reading time: ~10 minutes Jerod Poore, the founder and webmaster of CrazyMeds, posted this piece on the CrazyMeds forum five days after the Sandy Hook mass shooting in Newtown, Connecticut. Diagnosed with epilepsy, Asperger’s, and bipolar disorder, Mr. Poore is deeply familiar with issues of mental health. I share this because the issue of mental illness invariably pops up in threads on shootings and gun reform. This is his original post, complete with no modifications. All italicized empha…

For the irony-impaired @SLMPD, this is the shirt I was wearing when you fucking maced me for filming from my ♿. cc: @ACLU @aclu_mo https://t.co/txbOKMS9h3 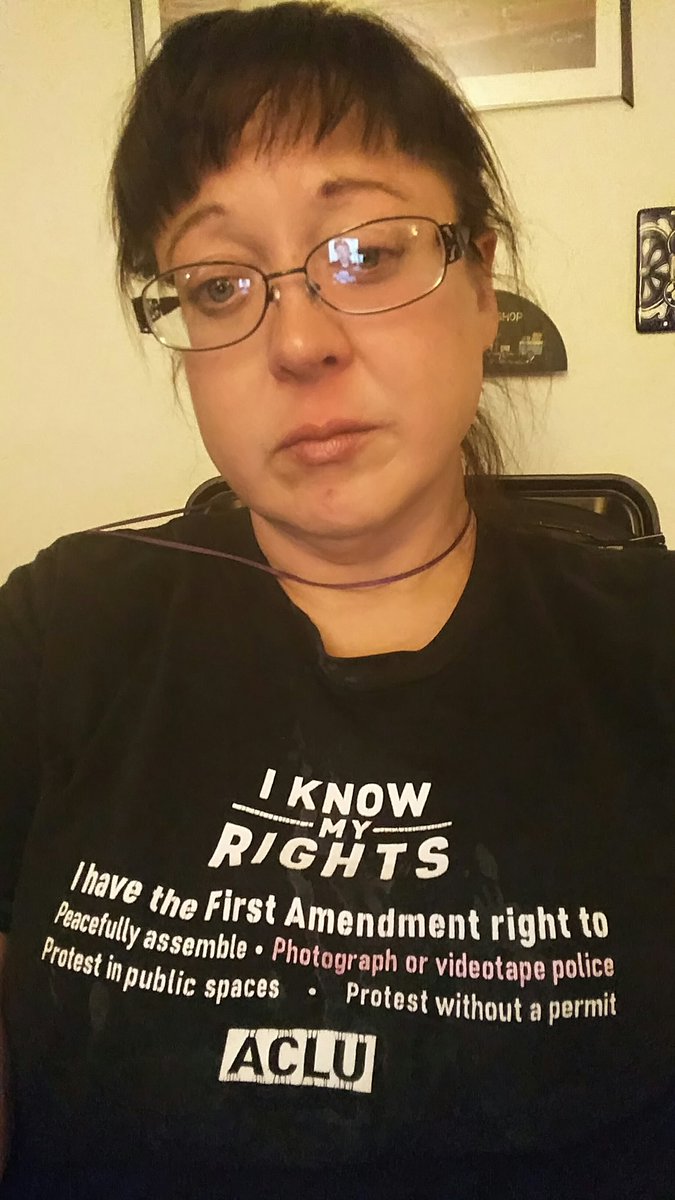 You used a potentially lethal weapon on a protester & then maced me for filming his arrest. #FTP twitter.com/SLMPD/status/9…
5 Likes
Wanderfound 9 October 2017 07:19 #4

A brief PSA, since some familiar narratives have already been showing up in talk about Jay Bishop and Jeremy Christian today:
2 Likes
Wanderfound 22 October 2017 00:46 #6

US @RepBobbyRush is having @NationalADAPT arrested rather than pulling his name from #HR620 the #ADA destruction bill. #ADAPTandRESIST 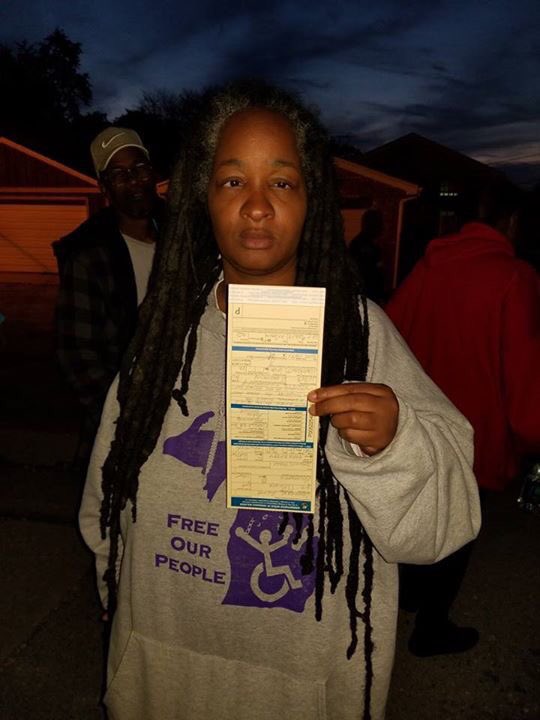 The guidance documents helped parents and educators understand student's rights under the Individuals with Disabilities in Education Act.

She is stripping the rights and protections of very particular groups of students. Almost as if there's some type of underlying agenda... 🤔😒 twitter.com/washingtonpost…
1 Like
Wanderfound 24 October 2017 05:15 #9

On Friday, the Chicago chapter of ADAPT protested outside the office of Congressman Bobby Rush (D-IL). For over seven hours, a dozen ADAPTers used their own bodies and wheelchairs to block doors on… 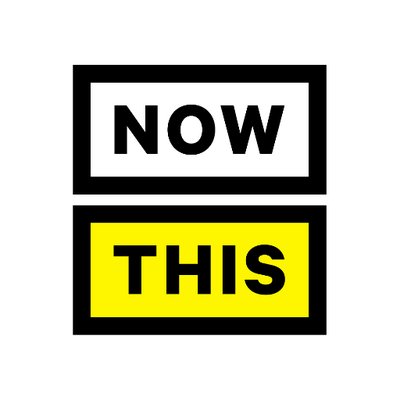 ‘I am a man with Down syndrome and my life is worth living.’ — Advocate Frank Stephens standing up for Down syndrome research https://t.co/xkwRvAqf4J
2 Likes
Wanderfound 30 October 2017 04:50 #11 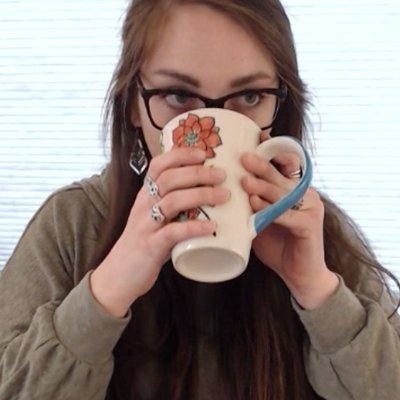 Can people please stop giving me the completely fucking useless suggestion to move to Canada bc it's funny to them that USA's hc is so bad?? twitter.com/enbertussi/sta…
2 Likes
Wanderfound 30 October 2017 05:37 #12

In the Simon Ing book Hot Head, one of the characters is facing crippling disability because they can no longer afford the rental on their cyber implants.

Liberals like to throw around "you deserve X if you work 40 hours a week." No. You deserve to live comfortably. No modifiers needed. https://t.co/pghC70Pl7m 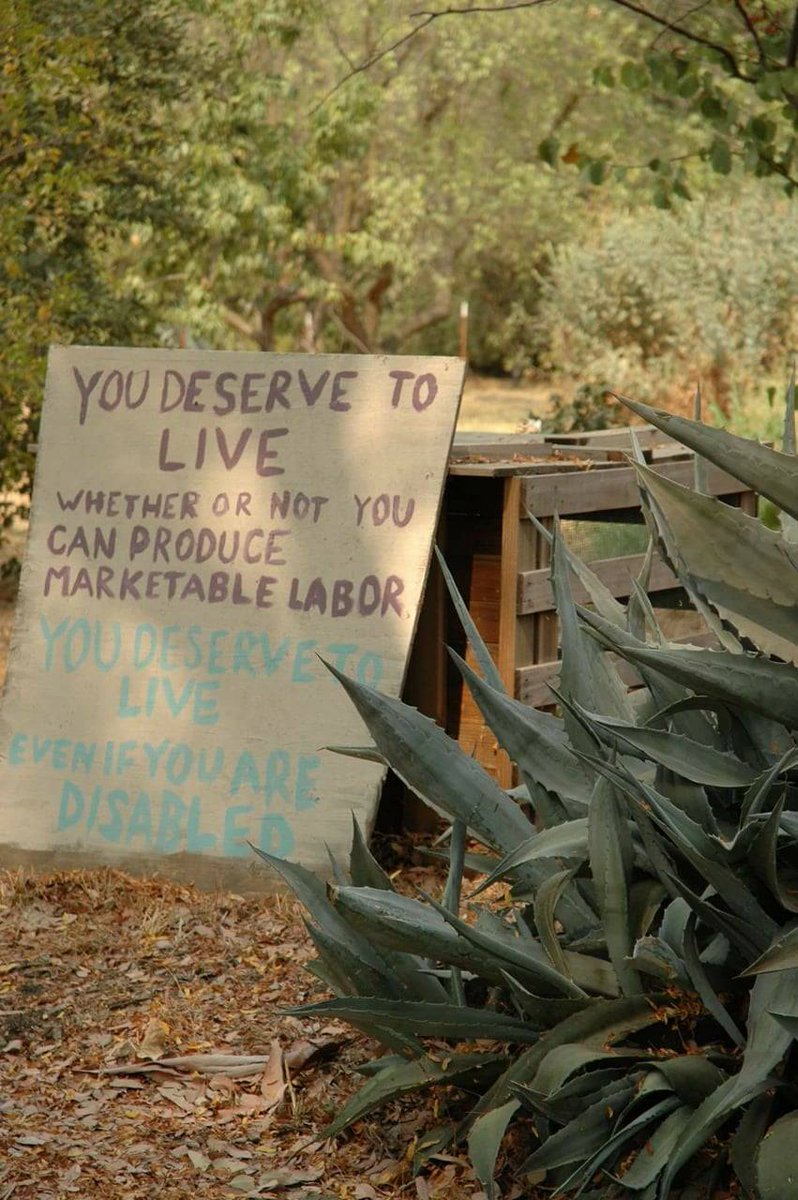 Holy cow. The Cut Cut Cut Act repeals the credit for small businesses to provide access to disabled people. Not a joke 👇🏼 https://t.co/8JqyOQoF9r

A touch of international news of relevance to disability rights:

“The young people of Australia are not getting what we need from our parliament. We deserve a new deal.” 23-yo Senator @JordonSteeleJoh https://t.co/TX2ye0rDP6

Jordon Alexander Steele-John (born 14 October 1994) is a member of the Australian Senate representing Western Australia for the Australian Greens. A disability rights advocate and politician; he replaced Scott Ludlam, who resigned after realising his New Zealand citizenship had not been renounced. On 27 October 2017, the High Court of Australia, sitting as the Court of Disputed Returns, ordered the Australian Electoral Commission to conduct a recount of senate ballots in Western Australia, and St...

1/ Today is #InternationalDisabilityDay, and at this afternoon's @BostonDSA Women and Gender Non-Binary Caucus, we discussed the radical history of Helen Keller. 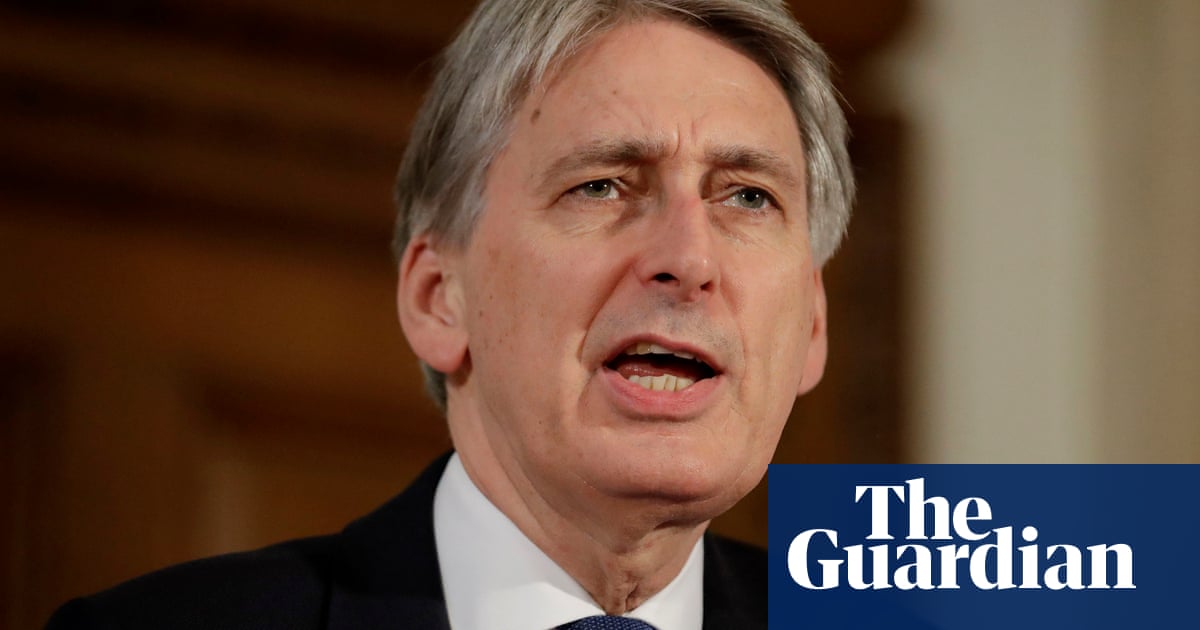 We’re to blame because we’re not in work, and we’re to blame when we are working. We know where this mindset leads to.

Aktion T4 (German, pronounced [akˈtsi̯oːn teː fiːɐ]) was a postwar name for mass murder through involuntary euthanasia in Nazi Germany.[b] The name T4 is an abbreviation of Tiergartenstraße 4, a street address of the Chancellery department set up in the spring of 1940, in the Berlin borough of Tiergarten, which recruited and paid personnel associated with T4.[c] Certain German physicians were authorized to select patients "deemed incurably sick, after most critical medical examination The killi...

.@ArthurCSchaper and his #MAGA goons have now resorted to harassing special needs people. Even for them this is low. https://t.co/zl8yRGJQ9M

@ArthurCSchaper Arthur is known for provoking people into fights hoping to get them arrested. To think they would target a special needs person and his handlers w/ this tactic is infuriating.
anon63581570 11 December 2017 04:09 #19

I always attributed the lack of anything about Helen Keller’s adult life because of her socialist tendencies. This was a big no-no in the land of the free where anything Communist is and has been evil since right after world war 2.

since right after world war 2.

The early ‘40’s were just a brief and uncomfortable truce.

I have been educated. Thank you.