All the more impressive because Miranda is normally hesitant to say anything bad about ANYBODY. This is like getting cussed out by Mr. Rogers.

to speak for America:

Well, not all America.
For intelligent, caring America.

Sadly, probably the best way to not get any aid is to say bad things about that asshole.

Puerto Rico pretty much blew any chance they had of getting support from Trump when they made the reckless decision to be mostly non-white.

You know, my friend Lucifer tells me Hell is going to be amazing. Yuuuuuge! You know what’s not amazing? Heaven. That’s where the losers are gonna go. Sad. 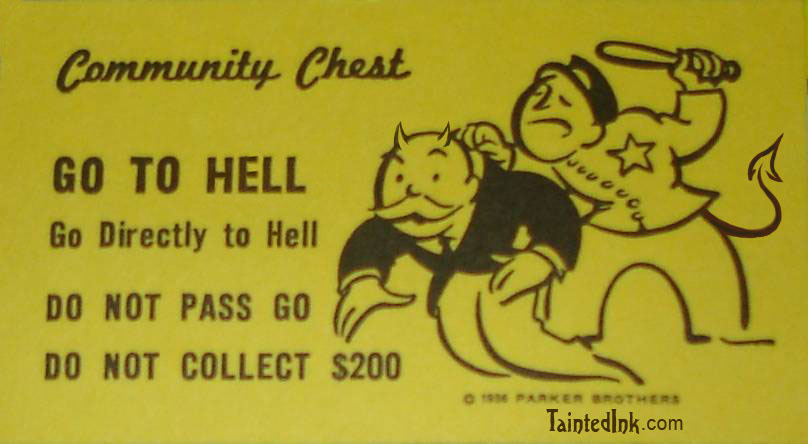 Now that the military is directly involved with relief efforts, I’m hoping the general in charge will make an independent decision to bring in adequate resources. Would that person have sufficient authority?

It’s not all that nice to have this president* on your side. I wish someone would teach the president* how to say goodbye, so he’ll never be back and we won’t feel so helpless.

Ya know Trump is only being this obtuse because he knows rich celebrities, the general public, and many humanitarian organizations will step up.

He’s like the guy at work who suddenly needs to spend an hour on the toilet when something important needs to be done, leaving his co-workers to finish up.

I blame Big Water. It’s not DOTUS fault that someone put this island in the middle of big water, ocean water. 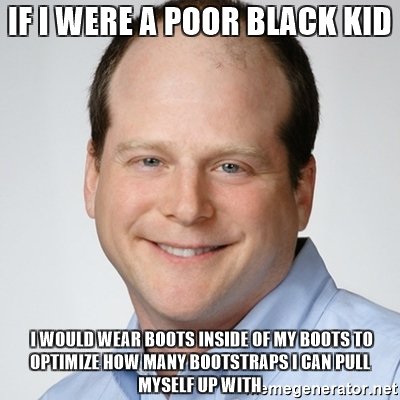 Seriously his tweets are usually like “Good morning! You look GREAT! Go get em tiger!”

I feel sad to see him so unhappy. 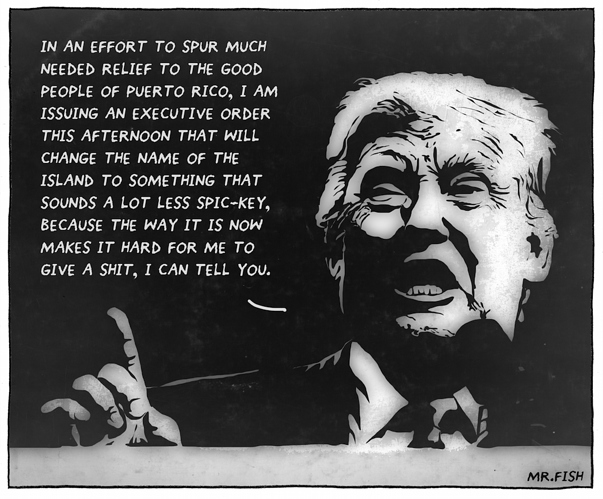 Goddess! I think that one may go down as one of the dumbest things that Trump has said yet. It’s almost like he has this “Rain Man” thing going on where he has to do the repeating crap.

Can we finally get an adult to kick Widdle Twumpie’s fat, lazy ass out of the White House?

Can we finally get an adult to kick Widdle Twumpie’s fat, lazy ass out of the White House?

That will require millions of adults.

But it can be done, if people choose to do it.

Not neccisarily. It depends on what he’s general of. He should be able to freely redirect any of those forces directly under his command. And anything that’s been added to this particular mission he’s in charge of. Provided doing so comports with his orders, oaths and the chain of command and what have. I mean technically you probably need approval for those sorts of things. But Trump generally seems to be a fan of letting his Generals operate independently with minimal over sight (not generally a good thing).

But this dude is the General for the this. Basically the Army’s Homeland defense disaster response and what have element. He can’t exactly go redirecting Navy and Airforce forces that haven’t been tasked to the specific mission in Puerto Rico or whatever task force or working group has specifically been put on it. Nor can he do the same with any Army or National Guard resources or forces that are likewise not already in his command. You’d need orders from higher up the ladder (and cooperation from who’s ever in charge of them) for that.

They should rename to island to something more distinctly Anglo he can relate to, like “Cabaña,” or “Mar-a-Lago.”