Gracias. Always good to get input from someone on the ground. You’re probably the best person here to ask why the current autonomous region status within Spain isn’t enough for the Catalans. The Basques (for the most part) now seem OK with their status within Spain and France, and compared to Catalonia they had a much more violent and contentious history with Spain during the Franco and post-Franco eras. It looks to me like Madrid screwed up seriously here on issues other than culture and language.

Also, I’m curious if general Catalonian separatist sentiment is averse to or supportive of joining NATO and remaining on the Euro (thus being subject to European central bankers). I’m sure opinion on these matters isn’t monolithic, but I’d appreciate hearing the viewpoint of a Catalan.

As with @MTHead I’m a bit torn about separatism, but generally lean toward self-determination as long as ultra-nationalism and its attendant xenophobia and score-settling doesn’t play a part. I’m not hearing much about those negative aspects, so although any separatist movement in the West makes Putin somewhat happy this isn’t the kind that has him gleeful.

Lets add a little bit of surrealism to the conflict: 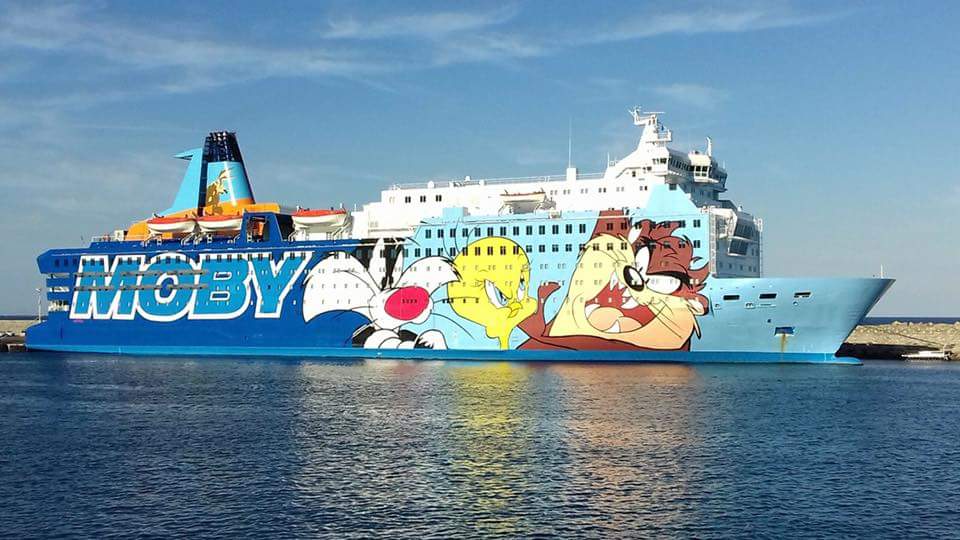 moby.jpg960×540 74.8 KB
The national police and military police sent by Madrid came (and is currently living) in THIS SHIP (and other two cheap ass Italian cruisers liners).
After a few days of burning jokes left and right it’s not clear if high police officers or Warner Brothers themselves decided to cover Tweety and other WB characters with a tarp. 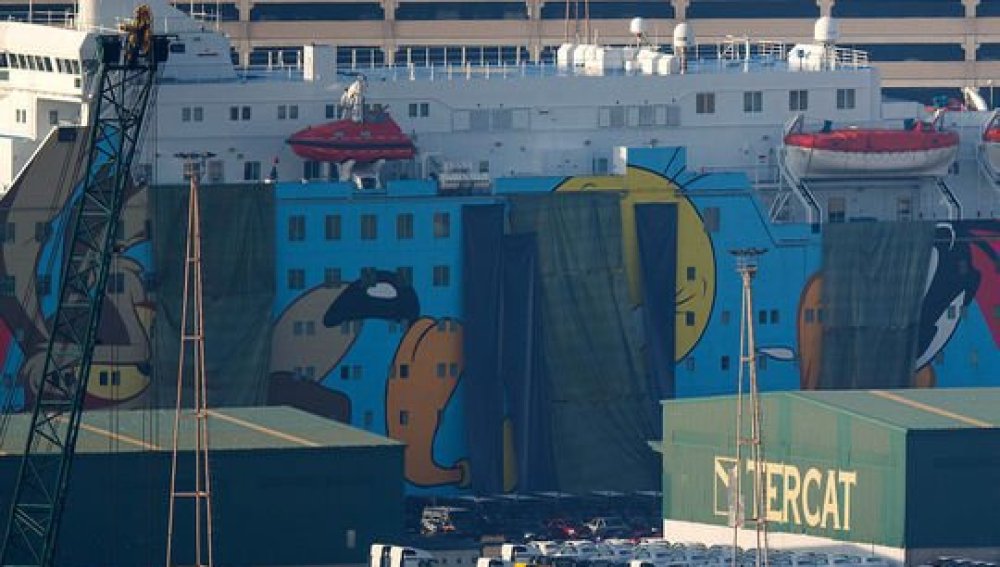 lonas.jpg1000×567 96.4 KB
Which resulted in a twitter storm with the #freepiolín hashtag (Piolín is the Spanish name for Tweety).

Also it seems that polices are very uncomfortable and angry inside the ship because cabins are tiny for four fully grown policemen, cooks are Italian and only cook pasta (the three ships are from Italy) and that drinks and snacks are fucking expensive (again, they are in a cruiser).

Well if Putin likes it, then it cant be a good thing!

Thank god Putin hasnt come out against pedophilia. I know I am a veritable fan of all things Russian in comparison to some, but I really dont think Catalan self-government is gonna resurrect the Warsaw Pact or bring about the end of West European freedom.

I am a Russophile myself, and I actually used to kinda like the guy. But it’s increasingly clear that his main desideratum in any international situation is for Western institutions to either be discredited or to discredit themselves; I think that in this, his personal interest and the Russian greater good are severely at odds. (For example, I think a strong, prosperous, and peaceful EU next door to Russia would have a salutary effect on the Russian economy, citizen welfare, and civil society. But it would also almost certainly lead to Putin’s ouster, so it Must Not Be Allowed.)

I’m not suggesting that Putin’s pleasure or displeasure should be a factor in whether the Catalan people vote to secede or not. I am saying that for us outside observers, who really don’t have any right to tell the Catalans what to do but do have peripheral interests, it might be a reason why we might wish they’d vote Stay.

and Catalunya as a separate country, would be significantly weakened by separation.

I don’t know. Catalunya on its own would gobble up about a quarter of Spain’s entire economic output… and it has Barcelona.

Spanish guy here. I have repeatedly read that is a “Spanish court ruling” which bans the referendum. I don’t know where comes the statement from, but it is not very exact, to say the least. It’s the Constitution which bans it. Written in the former way, it makes look laughable and sound the whole issue as a silly technical conflict caused by some random old-school judge.
I have also read (repeatedly as well) that a majority wants the independence. Oh, it is possibly so, I don’t deny it, but please take into account that we are talking here of a very narrow majority, less than 51 percent and descending. Okay, okay, I know, democracy is democracy, but seriously, do you think that this so very grave matter is really eligible to be decided with a sudden, non-debated, unconstitutional referendum that affects half of the Catalonian population who does not want to stop being Spanish?

The referendum result is going to be an overwhelming Yes, but is it fair, I ask, given that those who oppose to a Yes (to independence) will not vote because they agree on the fact of being illegal? Or that, by the same reason, the government is not actively campaigning for a No because there is not any legal campaign at all?

It is just as if I in my home I’d propose some profound change the rest of my family does not agree on, then I campaign for my own vote, then I vote (and nobody else does) and of course I win the vote and still say it was Democratic™.

Well… I guess I don’t need to start from the XVIII century ;), and we can ignore the Spanish Civil War too. Ten years ago there was an important issue to understand what’s happening now: the Statute of Autonomy of Catalonia. It was then that many catalans became pro-independence (me included), because it showed that it is impossible to negociate with the Spanish Government, whether the left or the right are in charge. Since then, every year millions of people demonstrate during catalan National day, September 11th.
If you read the wikipedia article, you’ll see the role that has played the Spanish Constitutional Court. The same one that now says that the current referendum is illegal. Basically, the Spanish Government chooses the 12 members of it and they simply nullify any law that passes the Catalan Government. Thirty-five during the last five years. I could explain funny stories about the members of that Court (sorry, I’ve reached the limit of links per post). Anyway, my point is that the Spanish Government uses this Court to rule over Catalonia, making the regional government useless. Anything they don’t like it’s illegal, thus no need to negociate.

Thanks. Using the Court in that way does seem to be a monumental screw-up on the part of the Spanish government that’s now backfiring on them. Judging by this ballot box incident it’s clear they’ve learned nothing from their earlier errors.

I am saying that for us outside observers, who really don’t have any right to tell the Catalans what to do but do have peripheral interests, it might be a reason why we might wish they’d vote Stay.

Fair enough. Its just recently Putin has been cited as an automatic means to discredit anything. So you think Kaepernick had a point with his protest? Well Putin agrees! You are against Betsy DeVoss’s policies - well Putin agrees. Apparently Putin supports BLM therefore I am now a useful idiot (btw I can assure you I have never been useful my entire life - why would I start now?).

There are lots of reasons for everything but I swear I will shoot the next person who Putins me - although no doubt I would be playing into Russian hands.

No idea why the guy got flagged either. I’d flagged with a note the post does nothing overtly in violation or insensetive so someone abusing the automated flag system?

“An independent Catalonia? That’th dethpicable!” (I guess Sylvester might just have had a Castillian lisp all along).

Lets add a little bit of surrealism to the conflict:

No idea why the guy got flagged either. I’d flagged with a note the post does nothing overtly in violation or insensetive so someone abusing the automated flag system?

Fixed! Sorry for the false positive!

Thanks for sharing your POV. I hope things go peacefully for you all.

Fixed! Sorry for the false positive!

@orenwolf Kindly unhide the above post. I see no valid reason for it to be flagged.

He’s trying. Glitch in the system. 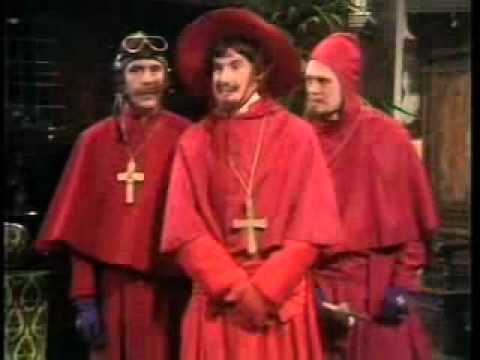 The article is biased from the word go. “Austerity-crazed central government” is just highly incorrect, when the local Catalan executed more austerity measures than the rest of the autonomic governments. Furthermore, Catalonia received more than €67.000 million from the central government (more than any other autonomy) to deal with its economic problems.

Catalan nationalism origins can the traced back to the late 19th century. It’s rooted in racism (the “Catalan race” would be Ario-Goth-Celtic as opposed to the rest the Spain’s Semitic and Bereber. Dr. Robert, mayor of Barcelona, used phrenology to justify it) and supremacist (“Catalans are exceptional beings because they are children of the land of truth such that the day will come when Catalans, for the sole fact of being so, will go around the world and we will have everything paid for”, Francesc Pujols, one of the key characters in Catalan nationalism). Even today, Joan Oliver, ex-director of no less than public autonomic TV channel TV3, says that “Spaniards are crooks by the sole fact of being Spaniards”).

More than 90% of Catalans massively voted the Spanish Constitution, which does not address self-determination. Just like the US (many Catalan independence claims are similar to Richard Lance McLaren’s Republic of Texas organization), Italy, Germany or France, where Constitutional Courts have ruled out independence referendums in the past. In fact, around the world only the Constitutions in “Saint Kitts and Nevis” and Ethiopia contemplate this. You may wonder why.

Catalonia is the 3rd richer autonomous territory in Spain, and sports one the the highest levels of independence in the world. As an example of the latter, in Catalonia I cannot school my children Spanish in state run schools in Spanish as the base language (despite being 50,7% being the common use language for Catalans as per the local government reports, as opposed to 36,3% for Catalan language).

This is not grass roots movement, but one led by politicians (objectively the most corrupt in Spain, based on judged cases) over 40 years of indoctrination at schools and subsidized media, which have turned post-truth (still, local government polls speak of only 41% of support for secession).

The desire for independence was traditionally residual (around 15%), and surged within a very short time (about 5 years, which point to it not being organic) fuelled by a significant economic crisis.

Post-truth includes Bexit-style “Spain is robbing us” and gross manipulation of history. As an example of the latter, Rafael Casanova, a defender of Barcelona in 1714 during the War of Succession (between two aspiring kings) was made into an independence hero, even if he wrote that he fought “for the freedom of all of Spain” and Catalan nationalism wasn’t even a concept then. Other fallacies include automatic EU membership for the new country.

They claim self-determination of all people’s is a basic right, yet the United Nations (read declaration 2625) limits this to colonies, military occupation or oppressed nations. What’s more, the independentist Catalan pre-Constitution, does not address self-determination either (do as I say, not as I do), even though they have their own internal independence movements (Vall d’Aran). Also, the province of Barcelona is far richer than the rest, so, by the same token, Barcelona would be a “robber” in a hypothetical Catalonia.

Overall, I do not think a movement with racist supremacist overtones and largely based on lies by the most objectively corrupt politicians in the country, has a lot to do with democracy.