“This will be the most expensive Maccas meal this passenger ever has,” Murray Watt

I wonder if this passenger’s still loving Mac tonight?

the passenger had been issued with "a 12-unit infringement notice

Whatever a 12-unit notice is, it sounds double plus bad. 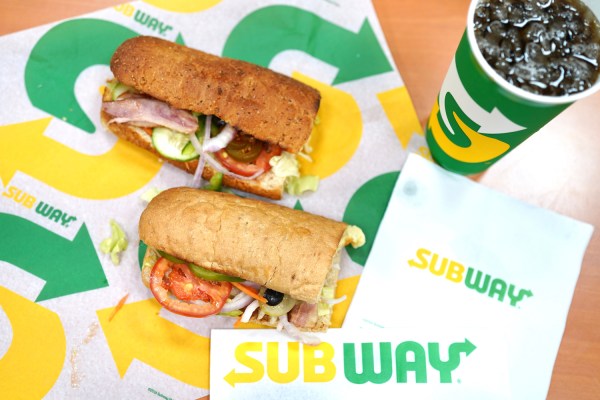 An Australian woman had to pay $1,800 ($2,664 AUD) for a Subway sandwich she didn’t finish while traveling. She explains that she bought the footlong sandwich at the Singapore airport because…

I just can’t wrap my head around the concept of eating McDonald’s “leftovers”.

Australia is developing a penchant for fascist schadenfreude that seems to be becoming the norm of large governments. It’s not the specific policies that are worrisome - rather the sort of vindictive power-trippy attitude with which they enforced.

double plus ungood you mean

Don’t the Australians have McDonald’s? Who wants a nasty cold stale McMuffin…

Yeah. Any country that calls its immigration and customs agency Border Force has taken more than one step towards fascism.

*glances at UK as well*

(That said, their biosecurity rules make sense. As you say, it’s just the overall tone of anything to do with borders and immigration that’s worrisome.)

Heat kills hoof and mouth disease. Anything cooked should be safe.

Anything cooked should be safe.

You’d be surprised (I had a food safety certification once).

Rules is rules I guess. The statement that says this shows you will be caught implies the passenger knew the rules and decided to risk it for cold food.

If they legitimately didn’t know then a well publicized warning might accomplish the same thing.

The only way an Egg McMuffin is good is when it’s fresh and with sausage. I haven’t had one in a couple years though.

I eat them as I’m pulling away from the drive through window to be sure I get the best quality.

On a side note, an egg cracked in a well greased ramekin or souffle cup with the yolk slightly broken with a fork in an air fryer on an English muffin at home is a pretty good alternative. 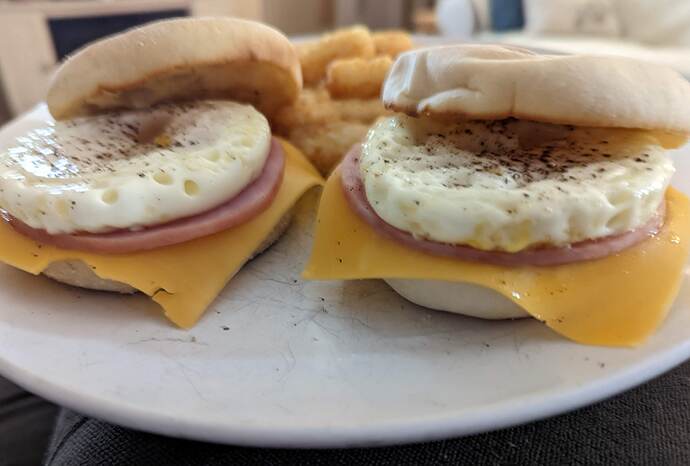 I haven’t worked for them in quite a long time, but your steps for making the egg portion of an egg mcmuffin is more-or less how they made them last I knew. They crack actual eggs, into metal rings on a griddle top. It’s not like the other egg items which are poured out of a container.

The only way an Egg McMuffin is good is when it’s fresh and with sausage. I haven’t had one in a couple years though.

That used to be my occasional, seriously guilty pleasure treat in the Before Times, on those mornings when everything started too early or became too chaotic to eat a decent breakfast at home. Earlier this summer I wanted that nostalgic sense of “before” and hit the drive-thru. It was … not the same. Disappointing at first, then within an hour oh, why did I do this? Do not recommend. (Stick with your at-home alternative.)

Once, long ago, I was returning from a trip to Southeast Asia. I had fallen in love with a hot sauce that was made and bottled at various towns in Cambodia. Like Farley Mowat with “wolf-juice”, I filled the empty space in my bags with bottles the hot sauce.

On return, I went through customs, and was funneled through agriculture enforcement. After asking me several times about snake wine, and other such contraband more officers showed up. I was given one last chance to come clean. They showed me the x-ray, I think. I said it was hot sauce. Sure enough, they removed every bottle, and with puzzled. “Seriously, of all the things to bring back‽”, one agent said. The officers in the back smiled. “Is it really that good?”, another asked. “Yes, I said.” I was instructed to open a bottle and I then dabbed a bit on my finger and offered to put some on some fries that somebody had behind the counter. The officers broke out laughing and left. Apparently, they love catching people trying to circumvent agricultural or customers controls and I was the most happiest and most entertaining false positive that they had all week. Also in chatting with one of the officials I learned that the x-ray wasn’t the trigger (but it gave them hope) but it was the countries I visited and the amount of time I was traveling were triggers for a more intense scrutiny.

I had to count the bottles out loud as I put them in. A customs bureaucrat wanted to make sure I hadn’t missed a bottle in my deceleration and made a tally mark on a sheet as I put them back in. They even checked the total volume of liquid and I think the weight to see if I had an excess of what was allowed. I had to wait around while I was finally cleared for some reason.

While I waited a woman was nailed for an apple taken off the air plane. I think she paid a fine right there and then. Eventually, a supervisor arrived looked at passport and said, “hot sauce‽” He handed my passport was handed back and both the customs bureaucrat and the supervisor left from the same do the police officers did. As I packed up the last of my things, I offered a bottle to the remaining agricultural control officers. One declined with, “Dude, your going to get us in trouble. We want to, but can’t. Enjoy your hot sauce.” The desk officials really seemed happy I wasn’t smuggling in contraband.

Of all the people not to screw with, agricultural control and customs are not the ones. They have time enough to search every millimeter of one’s possessions, and space enough through winding roped lines to keep everybody waiting until they are done.

Do they allow you to declare and dispose of anything brought for the plane trip, but uneaten? (With big memory-jogging reminders.)

Hawaii has ‘Amnesty Bins’ for fruits and veg you overlooked in your carryon, or intended to eat but never did. That seems a little less draconian.

Treat any international border crossing for what it is: a civil rights grey zone and playground for authoritarians. In that context, not declaring meats, cheeses, fruits or vegetables is an amateur mistake, especially in a country that takes biosecurity seriously.

They have lots of big warnings about banned products and bins for chucking stuff before the checkpoints. You’d have to be deliberately ignoring the signs and/or trying to smuggle in something to get caught. They’re usually quite friendly and if you have doubts, you just ask them and they’ll either say that it’s fine or destroy it for you.

I did have trouble with a sniffer dog that found my rucksack interesting, so they gave it a good search and kept asking about what I’d had in it previously - we figured it was some bananas that were in there not so long before and the dog was sniffing that.

We had some seashells that we’d picked up from a beach and we checked with them - they said they were fine, but gave them a good wash first. They also wash boots if you’ve been in certain areas within the last couple of weeks.

Don’t know about the government in Oz, but their customs control have always been incredibly strict when applying biosecurity, and I believe Aotearoa New Zealand does as well.
Both countries have enough issues with invasive species introduced deliberately over the years, along with diseases to not be concerned for their biodiversity.

“This will be the most expensive Maccas meal this passenger ever has,” Murray Watt, minister for agriculture, fisheries and forestry, said in a statement.

“This fine is twice the cost of an airfare to Bali, but I have no sympathy for people who choose to disobey Australia’s strict biosecurity measures, and recent detections show you will be caught.”

Strict biosecurity is one thing.

Being a self-satisfied, smarmy, power-tripping jerk is another. Gloating by the authorities is particularly obnoxious.

implies the passenger knew the rules and decided to risk it for cold food.

Slightly over two and a half hours, Bali to Darwin, plus the time from McDonalds to takeoff.

Ugh. Never mind what they find, it’s already a biohazard.