All weekend, California Democrats booed neoliberal would-be presidents who talked down the Green New Deal and Medicare for All

Today people are less spooked by the word ‘socialism’ than they are by their medical bills.

Funny, I just had that conversation this weekend. A friend of mine is an avid outdoorsman (as am I) and he was lamenting that he just can’t afford to replace an expensive piece of equipment that’s wearing down. A new one would cost (coincidentally) exactly what he paid out of pocket for a necessary surgery last year. He was raised, and remains, deeply conservative. I pointed out that, with Medicare For All, he could afford to buy his new [widget].

You could see the gears turning. Call it socialism all you want, the real meaning of the real policies hit home with a huge swath of voters.

In an important note to all Americans, Do you drive on roads?

If the answer is ‘yes,’ you’re a socialist. Now that you can get over yourself, we’re just discussing what that means, and what that does.

I appreciate that these guys are honest about their views rather than using the Trump approach to say anything to get elected (“Mexico will pay for the wall!”, “I will reopen the steel mills!”, “I’ll make it okay to say ‘Merry Christmas ‘ again!”). If they are opposed to universal health care and environmental issues it’s best to know about it now.

Yeah I think the reason we didn’t have a bigger turnout at the beach is that there were several different political things going on at once in the Bay Area on Saturday.

I concur and am glad he’s out of the Governor’s mansion and going nowhere fast. Granted, Polis has D-controlled House and Senate, but it’s been surprising to see how quickly he’s undoing Hick’s legacy of using the “D” in front of his name to convince voters he’s some sort of liberal. We’ve seen great improvements in education (all day Kindergarten), MJ regulation, and oil/gas regulation in very short order.

That isn’t going to happen if you spook people in the purple states by wearing “socialism” as a badge of defiant pride.

Republicans turned the market-focused minor revisions to the health insurance industry in the ACA into a socialist government takeover of health care, and have spent the last 10 years trying to figure out something that could conceivably squeeze through the impossibly thin gap between “free market capitalism” and the ACA to prove to their base that they could do their bullshit “repeal and replace” thing.

If even legislation that was literally adopted from Republicans is going to be decried as a socialist apocalypse full of government employees descending on ropes from black helicopters to steal your hamburgers, why even care about what they’re going to say about your policies in the first place?

I think there’s a good argument to be made that Republicans are the ones who made Americans more open to the idea of Socialism when they started describing everything that wasn’t a far right market-based approach as “socialist.”

Hear that kind of thing often enough and people start thinking “well maybe I do support socialist policies then.”

Please point out any time in history that centrism has resulted in actual progress and not just stagnation of a crappy status quo.

Pretty sad when Politicians are that tone deaf.

They hear pretty well, it’s just not us who they are listening to.

“Equitable” would mean that Poors, women, “articulate and polite people of African descent”, “inverts”, Hebrews, filthy tradesmen who work for a living, and others who Just Aren’t Our Sort would have a say in how the country is run and get ideas above their station. We can’t have that. And that is why we need neoliberalism, to let the lower orders think we think they are worth something besides cheap labor and spare parts.

It is time to just fucking quit lying and believing the lies of others. Medical Insurance is not Health Insurance, and each of us is paying thousands of dollars a month for “health care” whether we go to, or can go to, the Dr. or not. It does not matter if the Govt. is paying it, or your boss is paying it.

$x1,000 dollar pills, Doctors with $200,000 pay checks, when they command no more expertise than the average coder… CEO’s that make hundreds of times more than any human is worth… Corporate personhood… Lobbyists that are no longer in the lobby, and are in now every orifice a politician could possibly have… It is all bullshit. It is not left or right, it is not socialism or capitalism, it is just corruption. Gimmie a freaking match.

A candidate who gets a million more votes in California than Hillary Clinton did could still lose to Trump.

Let’s see who gets cheers in Pennsylvania, Wisconsin and Michigan.

It’s a bit socialism-y. I know my own ideology when I read it.

Consider paragraph (4) and subparagraphs © [Could be taken to imply a need for free college], and (G) to (J) which are straight-up labor protections you’d expect to see on a socialist party manifesto. Also (O) which, depending on how you read it, implies either free or heavily subsidized healthcare and housing.

There are no policies (it’s a wishlist) but as a statement of intent it’s pretty damn clear, I thought.

Let’s see who gets cheers in Pennsylvania, Wisconsin and Michigan.

These so called democratic conservatives should know, that after all the shit the Republican party has pulled over the last term if they aren’t gonna woo any diehard republican voters with this “republican light” shit they are peddling. 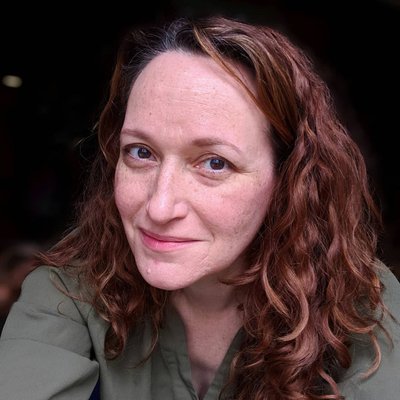 When I lived in Iceland, I found a lump. I had no idea how to navigate finding a doctor, so I went to our show's production manager. Me: I found a lump. Can you help me find a doctor? PM: Just go to the cancer center. Me: Okay. How do a get a referral? PM: What's a referral?

One of the biggest lies I hear is “but the wait times!” Yeah, well, the US has wait times too, while you wait for pre-approval. In countries with Universal Health Care or even something like it, you can get in faster if your doctor feels it’s urgent, versus your insurance company. If you can’t afford it, your wait time under the US system is forever.

Not forever. Eventually it gets bad enough to send you to an emegency room where you die in a day or two due to them having no fucking medical history or approvals to do anything.

I’ll point you to a point in the future where centrism has resulted in actual progress. In 2020, when Donald Trump is defeated.