Joe Biden repeatedly claimed to have marched for civil rights. He didn't.

Yes, and (as they say in improv class) a lot of older, staid Democrats are more comfortable with a familiar face. It’s brutally hard to appeal both to voters who want comfort and a return to a more familiar style of politics, and voters who want Big Changes. I would love it if a candidate could do both. I’d be even happier if Elizabeth Warren were that candidate.

I’m a registered Democrat, but if we pick an old white man for our candidate (Biden is 76!), I’m going to have to find a new party.

I understand that politics involves rhetoric, and I’m not a Biden fan, but calling Sanders the “most popular politician in America” based on an article that says he has the highest approval rating of any Senator in his home state seems to be stretching things a bit far. Vermont is tiny.

I am very confused if boingboing thinks people should accurately convey news or not.

The problem is that “the familiar style of politics” is dead. It’s been dead since the Contract With America, the Hastert-Kiddie-Fucker Rule, and Lee Atwater.

Biden’s self destruct mode is in full swing.

Trump’s going to add Boing Boing to his browser bookmarks for the next year and a half.

Joe, you’re unwilling to follow but clearly not fit to lead. That leaves you with one option.

seems to be stretching things a bit far.

Boy, is that being generous. The reality-distortion field among Bernie fans is second only to the one around Trump. Over the last few months it’s progressed from slicing and dicing poll numbers (“Bernie is the most popular among Hispanic voters in this small-sample-size poll (in which he otherwise trails Biden who isn’t even running yet)!”) to the flat-out lie in this post.

I’m also not a huge Biden fan, but he remains a popular and well-liked politician and, at least as things look right now, he stands a decent chance of winning the nomination. That’s not the outcome I want, but I’m reasonably convinced he can beat Trump.

I’d certainly be more receptive to Cory’s arguments about why Biden is a bad candidate if they weren’t always, always packaged with misleading Sanders wank, which makes me doubt the veracity of everything else he writes.

It’s poorly worded, but what they mean is, “most popular amongst his/her constituents”. Presumably, the people who know them best.

Get a really heavy spray tan and get elected?

That only works if you know how to play the Electoral College and don’t get complacent thinking it’s business as usual ca. 1992. Biden is more like Il Douche’s opponent in 2016 in that respect.

He didn’t mean it literally-- he was “marching” metaphorically. In his mind. Sometimes.

Why just yesterday he marched down to the 7-11 for gay and transgender rights. Also for a Slurpee.

I don’t really think Bernie is the candidate we need any longer, but if the DNC really wants to totally guaranteed another Trump victory, they should keep shoving Biden down our throats… 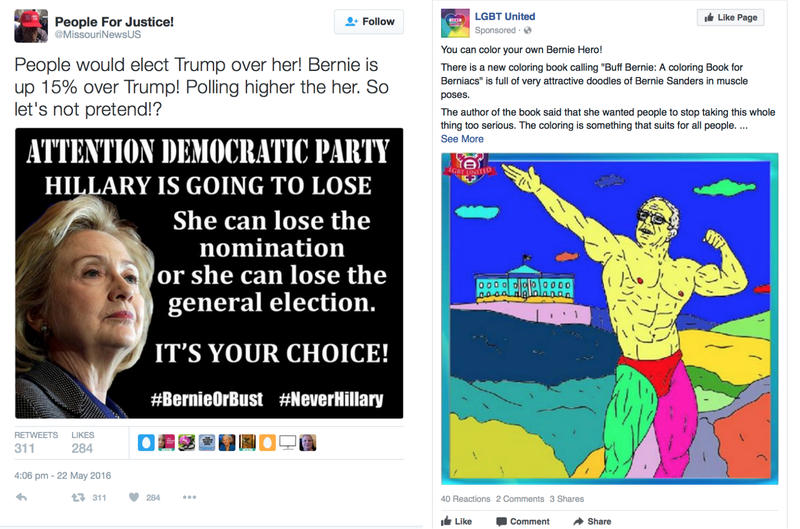 Bernie Sanders inspired a political movement with his insurgent 2016 run for the Democratic presidential nomination. Yet he's been reluctant to acknowledge

It’s been dead since the Contract With America, the Hastert-Kiddie-Fucker Rule, and Lee Atwater.

Is the Hastert-kiddie fucker rule a wrestling rule or a Congressional rule?

And is it related to the Biden-Creepy-Handsy rule? 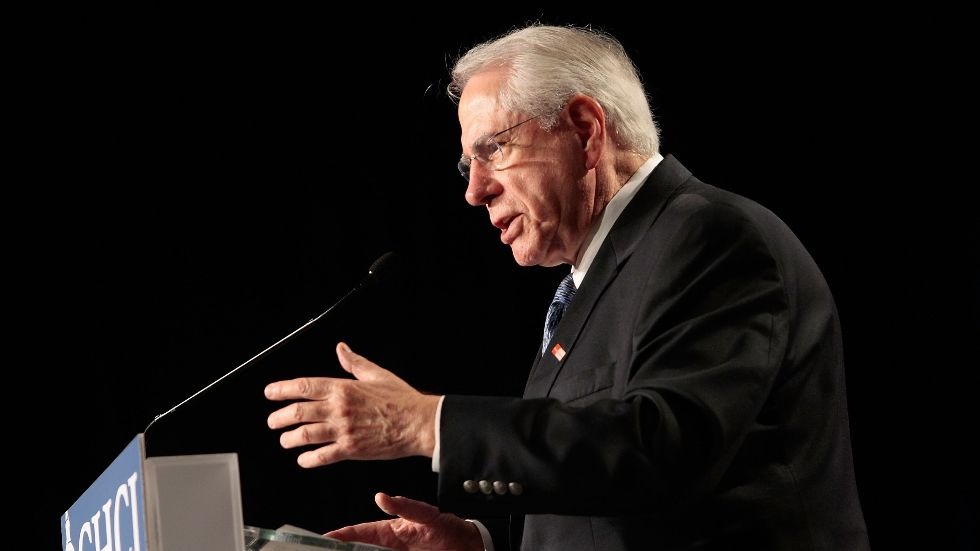 Mike Gravel: 'Joe Biden's creepiness around young girls not something to be...