All You Need Is Kill by Hiroshi Sakurazaka

I haven’t read the book, but I don’t see how it could match the joy of watching Tom Cruise die horribly over and over. The movie rather shamelessly panders to us haters.

I really, really liked the film. After watching the horrible pile of shit called Elysium recently, it was a breath of fresh air for decent action/sci-fi. Time travel movies easily become stupid/confusing messes and I thought this one did a good job of keeping it straight.

Apparently, despite being well received, the film is doing pretty badly at the box office and might be nailing the door shut on future Tom Cruise blockbusters not called Mission Impossible. Oblivion was better than I expected, but not great. Jack Reacher was dire. 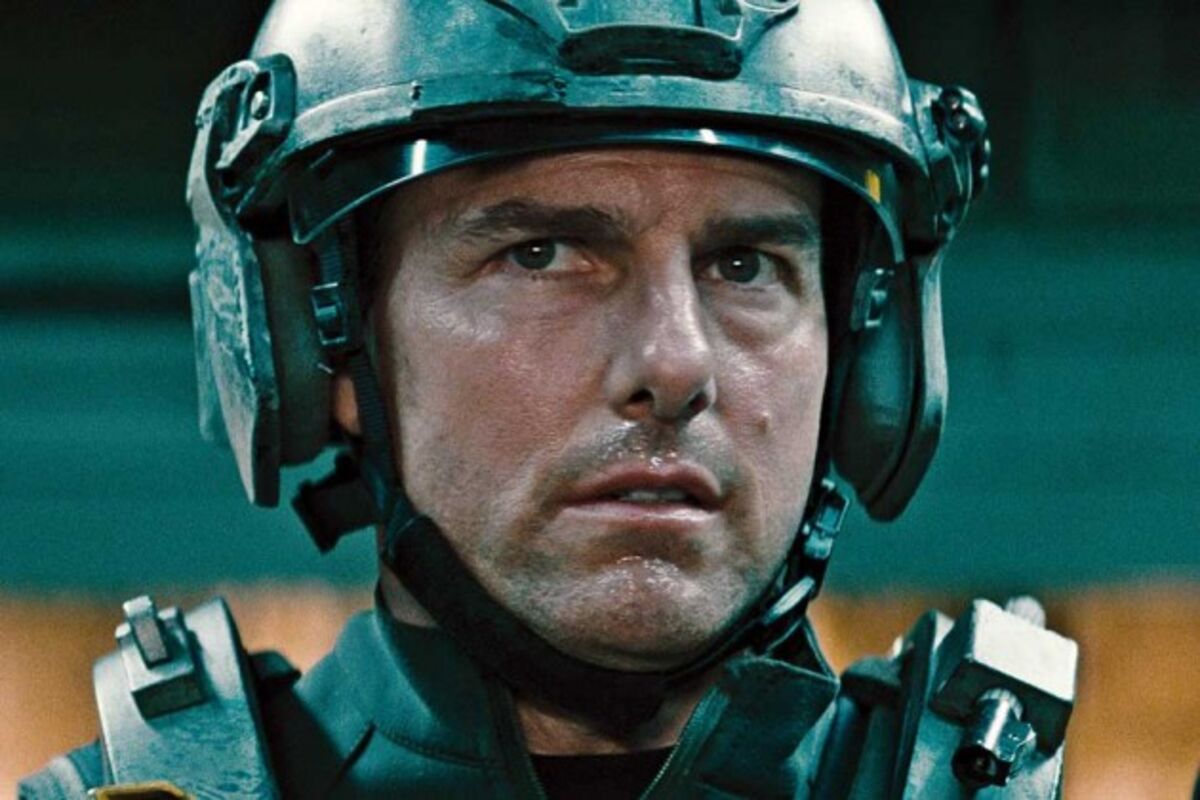 This was a good news/terrible news kind of week for Tom Cruise. On the plus side, he got some of his best reviews in ages for the new science fiction action movie, Edge of Tomorrow. The film, which many expected would put the onetime superstar back...

I’d actually like to see Edge of Tomorrow, but the cinema is too much of a faff and too expensive now we have to arrange childcare. I’m hoping more distributors do what they’ve done with Snowpiercer this week and release it for rent during the cinematic release (Snowpiercer’s totally worth a look, BTW). 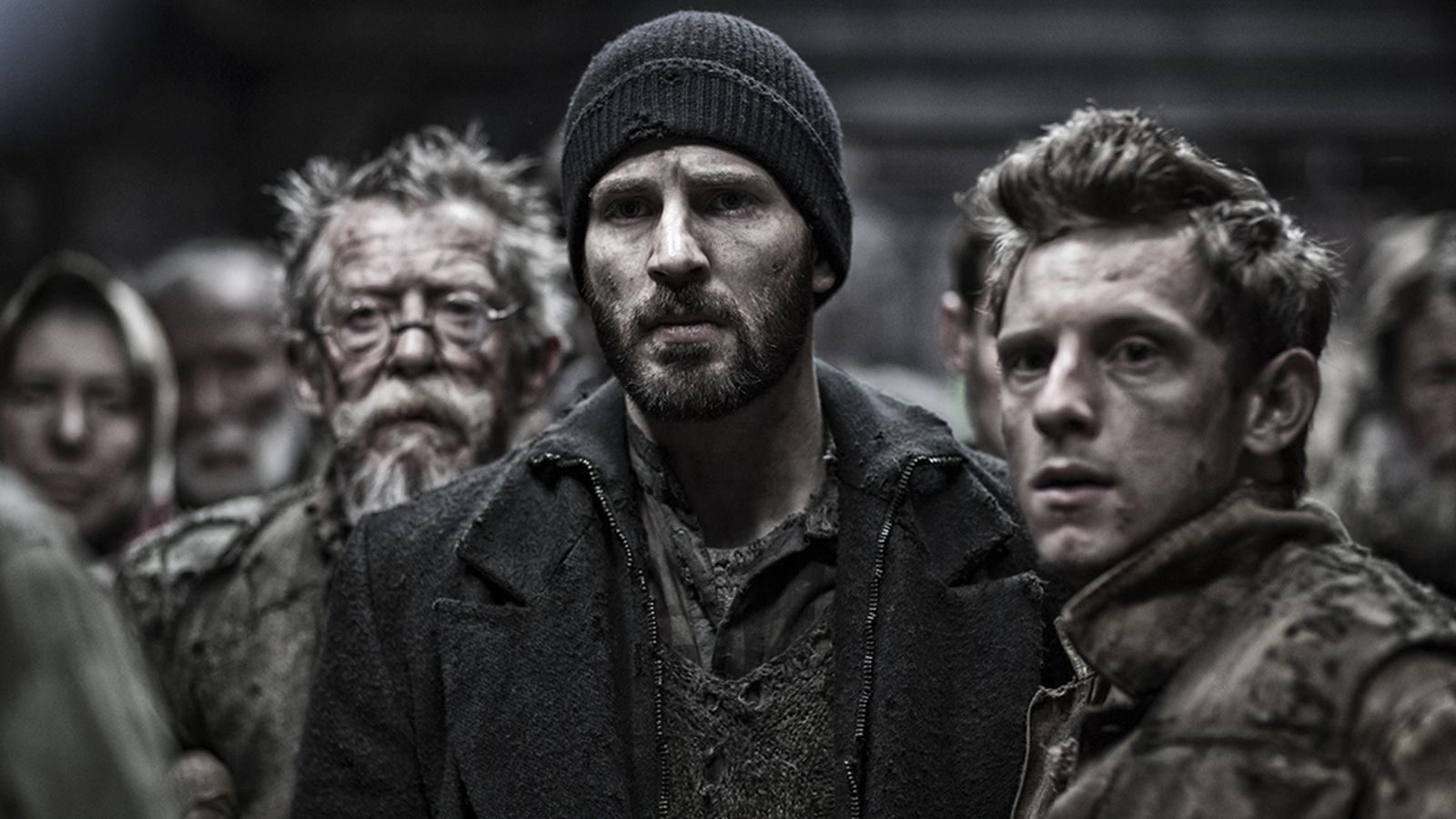 And Elysium was indeed awful.

While some would call seeing Cruise die over and over an odd sort of fan service , I saw a world in which Tom Cruise could not die as a tale of horror.

I keed. The guy seems loopy as a foot loop but I don’t have any strong sentiments toward him, and he did a good job in this film (I thought all the actors were decent). I was concerned it would be a dire retread of Groundhog Day but it was not. It took the same scenario, put an interesting twist on it, and went in numerous possible directions with the premise.

I’d actually like to see Edge of Tomorrow, but the cinema is too much of a faff and too expensive now we have to arrange childcare. I’m hoping more distributors do what they’ve done with Snowpiercer this week and release it for rent during the cinematic release (Snowpiercer’s totally worth a look, BTW).

How little are your kids? Can you stuff them in a back pack? I made a custom sort of “fanny” pack that will hold a small child on the side. If they comment on it, tell them it’s a colostomy bag. If they notice it moving, just tell them that Chipotle tends to do that. They will understand.

I’ve heard good things about Snowpiercer, though to be honest premise of the basic plot sounded weak.

I was concerned it would be a dire retread of Groundhog Day but it was not.

Oh yes, lovely movie. It reminded me more than anything else of that one Stargate SG-1 episode where Teal’c is stuck in a looping virtual reality simulation. I am also surprised that Tom Cruise is still doing this sort of thing after all this time. (He’s 52 now!)

Anyway, the linked Amazon page states that there is now a “Movie Tie-In” edition of the book. Would the original be superior?

Check out Snowpiercer. Yes lots of suspension of disbelief needed, but then think about all the issues it raise.

I wrote a bunch of questions here to think about when watching.
http://my.firedoglake.com/spocko/2014/07/02/can-we-talk-about-the-economics-politics-and-religion-in-the-movie-snowpiercer/

It is bloody and grim but also really thought provoking.

Snowpiercer (and to a lesser extent, Pacific Rim) is what happens when you make a sci-fi movie using anime tropes. The result is surprisingly good.

Snowpiercer (and to a lesser extent, Pacific Rim) is what happens when you make a sci-fi movie using anime tropes

There are many anime tropes in AYNIK. I felt the character relationships were a bit too colored by it.

I imagine quite a lot of elevator pitches start with “It’s Groundhog Day meets X!”

But then again lots of pitches probably start with “It’s X meets Y!”

Don’t listen to daneel Leader! Snowpiercer sucks like the great heat sink in the sky and Edge of Tomorrow and (by extension) all other films in the Cinema are excellent artworks worthy of your attention!

IMO Snowpiercer really is confused doggerel but you really shouldn’t keep yourself from seeing Edge of Tomorrow in a good cinema because I hate your film.

Thanks for being one of the many who didn’t bother to see this movie despite the great critical and fan reviews. We are now guaranteed more 80s remakes and reboots of franchises from 5 years ago.