There are days when it looks like jumping to conclusions is going to become an Olympic sport.

On the other hand, bombers and arsonists are quite often identified by looking at their handiwork–

The Casio F-91W is a quartz digital watch model, manufactured by the Japanese company Casio Computer Co., Ltd. It is a part of the Casio F-series of digital watches. The original F-91W was introduced in 1991 and is still in production and demand. It is popular for its simplicity, reliability, and unpretentious, clean design. Its design has not changed since it was first brought out over 20 years ago. The watch is available in several variants. Casio does not release sales figures for the mo The...

Why couldn’t just have been Russkies hired by the Norks?

On the other hand, bombers and arsonists are quite often identified by looking at their handiwork–

Quite true, but they don’t even know that who the ORIGINAL hack came from.

They just know that all three use the same very commonly available software since the makers of it released it as nearly an opensource project.

Writing that script and casting those actors were also key points of failure.

And what evidence do you have, other than political convenience?

Are you quite sure that (your formulation of) Occam’s razor is applicable?

until the part where millions of dollars were spent in one country to produce a realistic portrayal of the violent death of the current leader of another country.

I note your ‘concern’, but let me ask you about three words in your characterization of events that I am having a hard time with: Leader, Country, and Realistic.

What evidence do any of us have for any of these theories, including the FBI’s?

Oh, are we putting Descartes before the whores again?

True, Kim Jong-un is a vicious dictator, but he hasn’t caused me as much personal suffering as Seth Rogen and James Franco.

Some people don’t have non-hermetic privilege.

I’ve got to got with @teapot on this–the FBI wins nothing in pointing the finger at NK.

Yet. The building of a casus belli against Iraq started over a year before the actual on the ground action in gulf war 2.

The evidence is being looked at now, and people just aren’t trusting the FBI on such limited and awful evidence.

Alternate alternate theory, an FBI “informant” from one of the Koreas performed the hack at the FBI’s behest.

How can anyone trust the word of an alphabet agency that creates, then foils its own movie-plot “terror” attacks?

It’s the scariest thing about these war threats over hacking: With a little effort, any country could hack any other country whilst making it look like the hack came from the elsewhere

If we allow hacks to have such escalated responses, war would be extremely easy for any country to justify.

This guy may look like a hack for piracy, each country will be the worst of the military threat of piracy little effort derived from all these countries:

If we can not respond to the rise of hacking the war it is very easy to justify all countries.

Such is the state of the world.

Yet, my mother-in-law gave everyone special markers that can be used to black-out personal information in your mail “so you don’t need to use a shredder.” 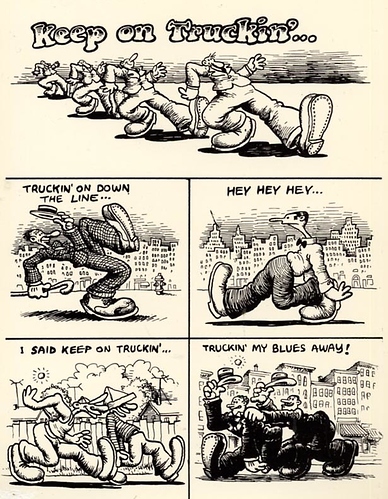 You created, and I see that place.