Why are you running a graphic with phoneArena’s logo, rather than an unadorned copy direct from Amazon? http://phx.corporate-ir.net/phoenix.zhtml?c=176060&p=irol-imageproduct33 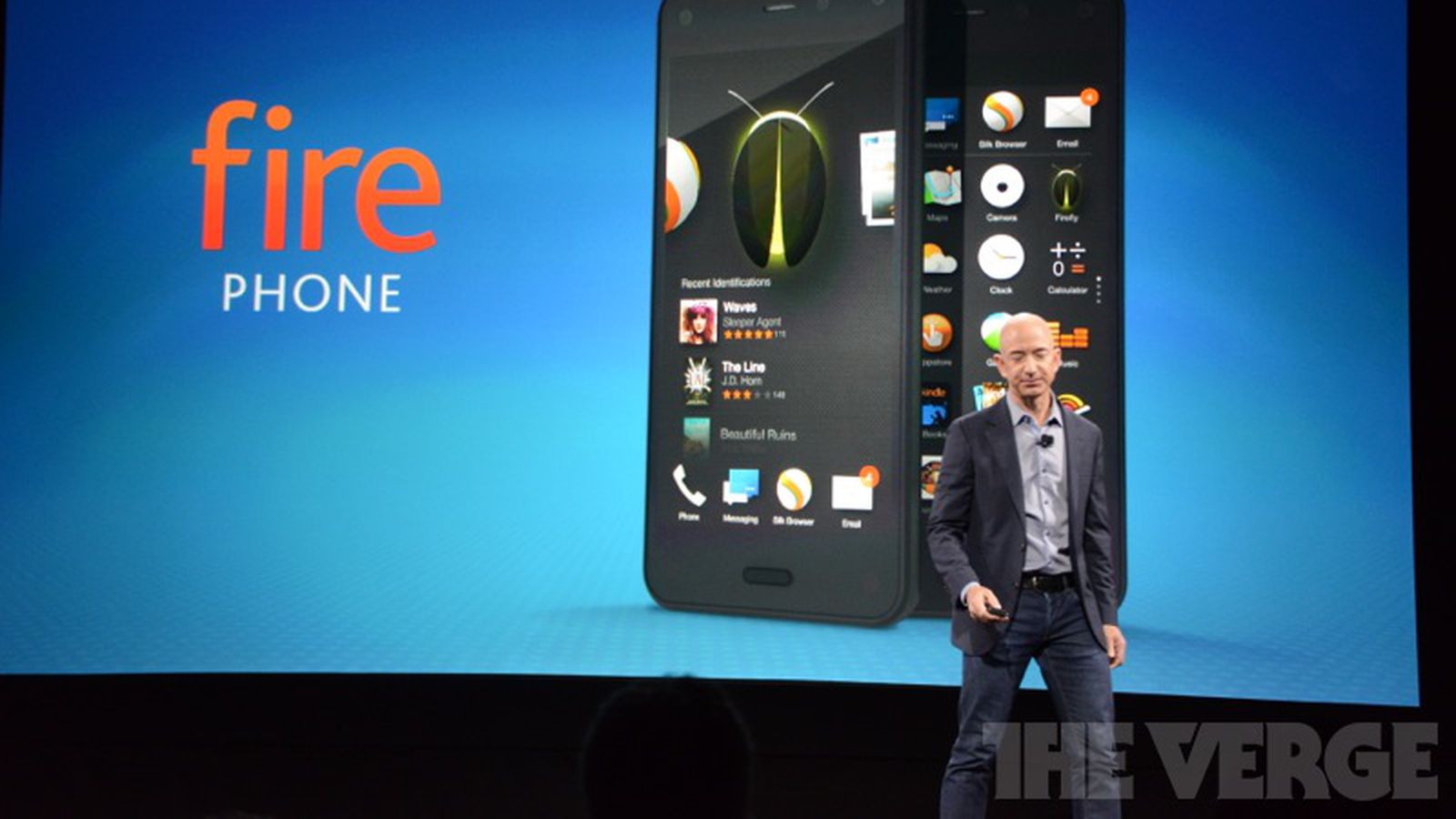 Amazon has laid off "dozens" of engineers who worked on its failed Fire phone as part of a broader curtailment of its hardware development center, Lab126, according to a report in The Wall Street...

If you’re an iPhone guy, you aren’t going to touch this.
If you’re an Android guy, this is still too weird.

I wouldn’t give it as a cheap phone to anyone, because they’ll ask “How do you do this?” and damned if I could help them.

For the Amazon addict in your life.

The large numbers of “cool products I find interesting” hidden away with an affiliate link to amazon lately has been a little creepy. Especially without any notification that this is actually an ad hidden as a post.

Well, yeah, it’s an ad. Boing boing does this a bit. They gotta eat.

I really hope this is a sponsored post, because anyone who buys a Amazon Fire phone hates his phone. If your phone is just a calling device, and you were going to get prime, then maybe this is a good idea. If you do anything as sophisticated as using apps or checking e-mail, then a Fire phone is worthless. It is a split off OS with its own tiny little barely maintained market. You will not have access to a huge number of apps, and the ones you do will be barely maintained. Get a normal Android phone or get a iPhone. Hell, get a Windows phone over this thing.

Especially since, afaik, FCC requires sponsored media to be designated as such. IDK, maybe that doesn’t apply to blogs, but if it doesn’t, it ought to.

If you had some specific desire to play with the weirdo 4-cameras-that-sense-depth-or-something arrangement that helped blow the phone’s BoM high enough that Amazon’s original pricing was in ‘flagship’ territory; the fact that they are now being fire-saled is pretty handy.

Unfortunately, that’s a fairly small group of prospective customers; and I’m not sure that Amazon has even left the phone unlocked enough for you to do too much low-level poking of interest(I know that some of their older tablets were locked down; but incompetently, and became very popular as value Cyanogen mod hardware; I think that they’ve tried to tighten things up in subsequent releases because selling hardware for zero profit is a sucker’s game if the customer is just doing to delete Amazon ShoppingOS™ and run something else).

It also doesn’t help that the handset simply isn’t getting any younger. It had pretty aggressive specs at launch(2GB Android devices were still somewhat high end a year ago); but since Amazon appears unlikely to be motivated to do a revision any time soon, while everyone else is spitting them out at a frantic pace, each new release brings other options in reasonably comparable price brackets that much closer to parity or superiority. For the moment, it is still better in absolute hardware terms(software…less so); but it has maybe one more revision cycle before the Moto G and similar built-to-be-lower-midrange products directly outgun it on specs, offer a less weird software situation, and cost the same without a huge write-down.

I would a bought that if it was CDMA. Shit I almost left my flip phone and joined the modern world.

I’ve got a Kindle Fire tablet that I use for ebook testing, and I can’t for the life of me figure out why anyone would want one unless they were seriously committed to being a slave to Amazon (in which case, I suppose they should go work for Amazon). Want this in a phone? Fuggedaboutit.

you snooze you looze

I bought this phone a while back, when it was on sale for $189 or so. It’s awkward, but functional enough that I don’t have a major problem with it. The hardware is decent, and the weirdness of Amazon’s version of Android can be mostly circumvented. There are guides around for how to add Google Services and the Google Play Store onto this phone. Once you do that and add the Google Now Launcher and it’s almost a plain Android phone. At this point, the main difference is the buttons: there’s only one, plus the swipe-up gesture to go “back,” but you can get used to that.

As a Windows Phone guy, not going to touch it as a phone either.

That said… as Mark says, “$30 buys you a decent spare phone, music player, Netflix streamer, Kindle reader, and more.” So if you’re in the market for Prime, an extra $30.00 is something to consider for a functional handheld media device.

No, you almost left your flip phone and joined a failed experiment from Amazon that no one liked or was supporting. You’re lucky!