America: a welcome home for corrupt foreign politicians and businesspeople 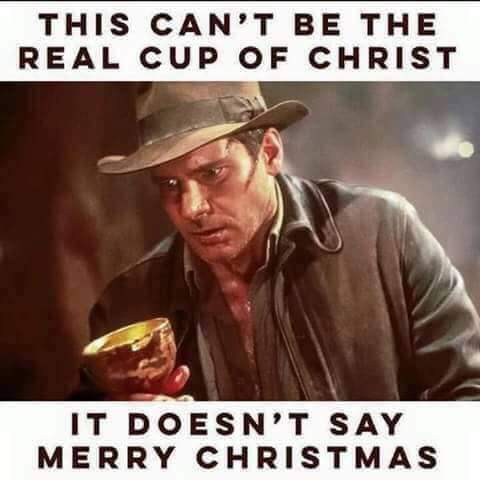 Nobody could have predicted

Green Card Through Investment
On this page you will find information on:

Eligibility Criteria
Application Process
Family of Entrepreneurs
Work and Travel Authorization
Entrepreneurs (and their spouses and unmarried children under 21) who make an investment in a commercial enterprise in the United States and who plan to create or preserve ten permanent full time jobs for qualified United States workers, are eligible to apply for a green card (permanent residence).

Up to 10,000 visas may be authorized each fiscal year for eligible entrepreneurs.

You must invest $1,000,000, or at least $500,000 in a targeted employment area (high unemployment or rural area). In return, USCIS may grant conditional permanent residence to the individual.

Wait - Trump is having trouble filling his cabinet right?

#USA:
An expensive melting pot that you hope will trickle down onto you.

I wouldn’t be surprised if the Orange Duce terminates investigations like this…gotta take care of your own kind.

Give me your torturers, your psychopaths,
Your cosseted billionaires yearning to escape indictment,
The wretched rapists of your third world poor.
Send these, the fabulously rich, corruption glutted, to me:
I lift my friendly tax code beside the golden door.

I find it hard to believe anyone in power in their native countries really cares-- Stalin had Trotsky killed in Mexico, and plenty of former Soviet Bloc defectors were killed in exile (the infamous “umbrella man” killing of Georgi Markov, and then Putin’s killing of Litvinenko only a few years ago). Maybe their exile is an understanding between thieves.

Of course I imagine several million dollars can buy you a lot of protection too.

Not sure how accurate this story (or at least it’s headline) is. Counterpoint - US DOJ is the ONLY government putting pressure on the current Malaysian Prime Minister for the 1MDB scandal (by freezing 1 billion dollars of the PMs assets in the US) - (despite numerous other nations investigating this scandal within their jurisdictions - incl Singapore, Switzerland, UK, HK, more). PS. the 1MDB scandal represents more than any of the kleptocrats mentioned in this article combined (by an order of magnitude) - perhaps the DOJ only focuses on big fish.

The US isn’t on Team Evil and thus behold to help just any bastard. Instead, its battlecry seems to be “What’s In It For Me?”

Well, as I understand it, even the Soviet Union had a legal system and in it being a traitor and defector with information posing some sort of danger to the People’s Revolution or what-have-you was worth a jab with an umbrella or a sip or two of polonium tea. Same goes for any other country that does assassinations, why even the US won’t quite kill you for back taxes, but will if it suspects you are a terrorist or are related to a terrorist or are standing next to a terrorist or have stood next to a terrorist or can be, in bad light, mistaken for a terr… you get the picture.

Same here. It’s not quite worth the international outrage to kill these bastards. Though as oligarchs gain more and more money and flee with it, things may change. I wonder what the reactions might be if a rousing firefight erupts between a Chinese plutocrat-thief and the drone-team tasked with killing her dead in the middle of Boston, say.

Some of the most notorious criminals of South and Central America and China have resettled to the USA with money they looted from their countries’ treasuries or defrauded their fellow citizens of.

The important thing is to make sure we get that wall built before any more migrant farm workers can sneak in and steal our jobs by doing back-breaking agricultural work for poverty wages.

Well - that might been an overly simplified (but not always incorrect) understanding of US foreign policy. For example, using Malaysia again as an example, the United States increased their human trafficking rating from tier 3 to tier 2 in 2015. Why? According to Wikileaks (https://wikileaks.org/podesta-emails/emailid/43593), this was in order to allow Malaysia to participate in the TPPA. This is a very clear case of the United States meddling in foreign affairs for its own profit.

In case you are unaware, the US can not enter into a trade agreement with a tier 3 nation (Tier 3 is the lowest possible rating in the US State Departments Trafficking in Persons Annual Report). So the US excused the behavior of one of the worst human trafficking offenders on the planet for advantageous trade arrangements (relating to an agreement that will never be passed, ironically). But oddly at the same time the State Department was ignoring Malaysia’s record in human slavery, the DOJ was issuing indictments against the Malaysian government for extensive financial corruption.

I don’t think this is an issue of incoherent policy, but rather the actions of very different human agents. In one case (the state department), they ignored their duty to the people of a foreign country in order to increase trade. In another action (from the DOJ) individuals attacked US relations with Malaysia (so much so, that Malaysia has been courting Chinese support recently - which is a MASSIVE foreign relations shift for this south east asian nation) because their legal position demanded it.

I wonder what the reactions might be if a rousing firefight erupts between a Chinese plutocrat-thief and the drone-team tasked with killing her dead in the middle of Boston, say.

Oh god, even beyond the politics, we’re going to have just the worst movies Hollywood and evangelicals have to offer for the next 4 years.

I had dinner in Nguyễn Ngọc Loan’s restaurant once, a long time ago. But I later found out he wasn’t as bad a guy as that picture made him seem.