“Solitary confinement there consists of a concrete room with a hole in the floor for a toilet.” He also said people in a Russian prison camp are always facing malnutrition, and that there is little to no medical attention. “Tuberculosis runs rampant in Russian prisons.”

Sounds like something straight out of Locked Up Abroad. 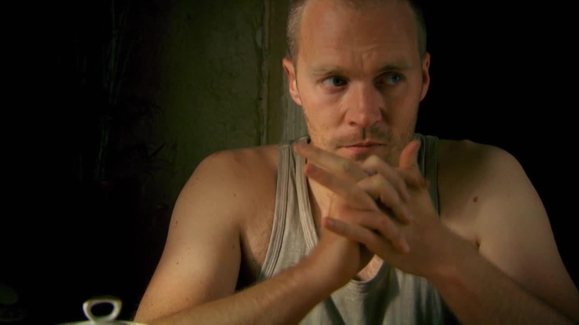 In all ways, Russia is still “the prison of nations”.

So basically nothing has changed since Ivan Denisovich Shukhov described one day in his life, more than a 50 years ago.

So, it makes the Bayrampaşa Prison from Midnight Express seem like a luxury hotel by comparison?

As an ignorant American, remembering the hopeful days of Gorbachov, glasnost, and perestroika, and now watching the effects of Russia’s devolution, is quite a slap in the face.

It’s a forced labor camp, but he didn’t say what kind of labor is forced. Did he have to break rocks with a sledgehammer? Carry stones up a hill of stairs? I’m not trying to belittle his situation at all, but ‘prison in Russia’, I’d expect watery potato soup and TB to be par.

In the 00s I read the book “Tomorrow You Go Home,” a non-fiction account by an American prisoner in Russia, who was imprisoned for similar reasons to Griner (he had a tiny scrap of hashish in a jean pocket from a party the evening before traveling, and was arrested and forced to confess to bringing a much larger fictional quantity of hashish for dealing in Russia).

It was harrowing - so much so that even the fact that Hague was kind of an arrogant and unsymapthetic character (and not the best writer) didn’t stop me from finding his treatment stomach-churning.

Housed at a prison camp for international prisons, one insight I remember Tig sharing in the book was how some folks fares better than others. Specifically, he mentioned rural Vietnamese prisoners who had skill developing their own plant medicines, growing their own mushrooms, and having different taboos than Westerners about which animals were okay to eat, meaning their community in the prison was generally healthier - better able to treat illness and forage food to compensate for the neglect they were subjected to.