This is life in a Russian penal colony, as lived by Pussy Riot's Masha Ayokhina (video)

Originally published at: This is life in a Russian penal colony, as lived by Pussy Riot's Masha Ayokhina (video) | Boing Boing

Like we don’t do the same here in the USA, we do folks, we do.

Sounds kind of how I imagine life in Nebraska

I read an article from a U.S. journalist who compared his experience of American and Iranian prisons. I don’t think there was a clear loser between them, they were bad in subtly different ways.

Except maybe for the conscription bit. 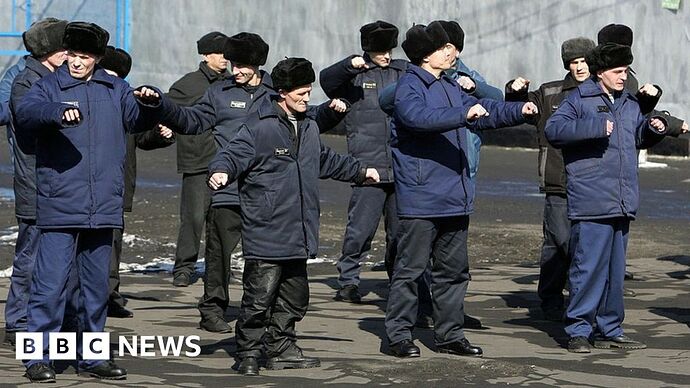 Russian murderers and drug dealers who have served their time face being sent to serve in Ukraine.

Russia has always been the “prison of nations” in several senses of the term. The suggestion that justice and rule of law played any significant part in Ayokhina’s or Griner’s prosecutions and sentences would be an absurd one.

It’s pretty obvious to anyone (well, almost anyone) looking at the situation that the last thing the Putin regime cared about at the time of the arrest was Griner mistakenly bringing in a couple of vape cartridges with much less than a gram of cannabis oil (covered under a doctor’s prescription).

do you mean facts? as in you’re not interested in facts?

that’s quite an intriguing cognitive style there.

I wouldn’t call SCMP a propaganda paper. Definitely, they’ve become more timid recently. I’ve been following one of their reporters on twitter for a while and he’s not shy about calling out the CCP and their overreach in Canada (where he’s based).

…aaaand…just found out he left SCMP in April. Maybe things are changing at the paper.

They did create the Gulag system after all. Oppression and corruption are practically baked in to their history.

As if oligarchs and FSB agents aren’t toking up right now.

So you have your answer in your own post. Yes, it’s nothing as it use to be.
I’m living in HK, btw. 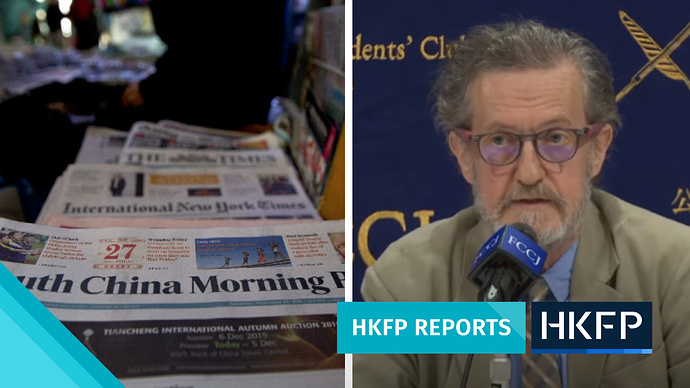 Two reporters quit the South China Morning Post (SCMP) last year after a senior editor axed their three-month investigation into human rights abuses in China’s Xinjiang region, according to an editor who resigned shortly after. During a Foreign...

For another example there was 0 article in SCMP about China censors online chatter after anti-Xi Jinping protest; Hong Kong media muted - Hong Kong Free Press HKFP
Which was a major event.

Every article is now biased with very discutable fact, or obvious omission of the true.

So you have your answer in your own post.

Life changes fast. I haven’t read SCMP for a little while now and it seems like it’s different.