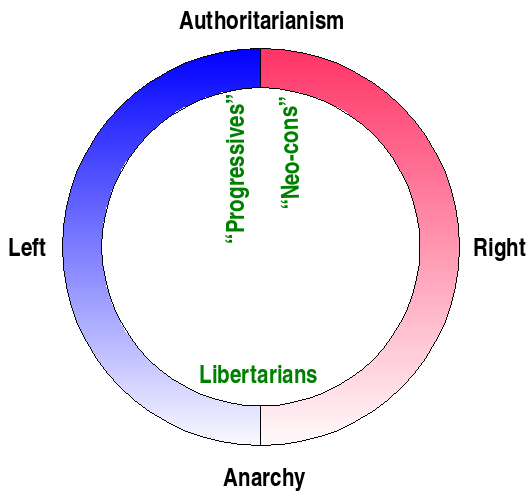 It’s not even that for me; it’s an astute awareness that wasting any of my time on this dude won’t change anything about him or his “message.”

If he should decide to run for government or a position of power, then that’s a different matter.

I did so in the original quote. Please read it again (as you did quote it).

Just trying to be clear- taking Peterson’s words at face-value has led to accusations of decontextualization. Simply trying to avoid the same pitfall here.

However, am I say that that’s how women act? Before someone infers as much, let me say: no.

I only said what I said, and not what one reads into what I didn’t explicitly say.

The thing here, is that you explicitly stated a belief about masculinity. Is that explicit statement only defining your view of your own masculinity? Or generally, to all men?

And whether you like it or not, and you can protest to your hearts delight, statements about masculine characteristics are loaded with implicit counter statements about femininity. If you want to avoid these mischaracterizations, my suggestion would be to follow Peterson’s advice, and speak precisely. “Person” or “human” would do the trick.

I should have said, “Undefined fringe-cases?”

That’s not an answer to my question.

Again, what on her Wikipedia page identifies her as a member of the “extreme left” for you?

I tend to approach it from an academic increased-knowledge perspective, where I want to be aware of the intricacies so that the generalities are easier to refute later.

She supported Ralph Nader, Bernie Sanders (who was arguably more liberal than Clinton), and Jill Stein (of the Green Party).

Politically, I would say that she’s interested in democratic socialism. However, I can’t speak to how she would categorize herself if you talked to her.

Again, as I’ve said before, some of these categories may be on a continuum (per the Authoritarian circle, even if the circle is not defined properly).

It’s interesting how people attack the messenger and not the message.

EDIT TO ADD:
In the US, democratic socialism is now considered “left-wing” per the political Overton Window.

It’s a bad model, in both form and because the imprecise terms “Left” and “Right” indicate one-dimensional thinking. While it’s far from perfect, the “political compass” model is a better representation (don’t bother with the accompanying placement tests, which are usually rigged): 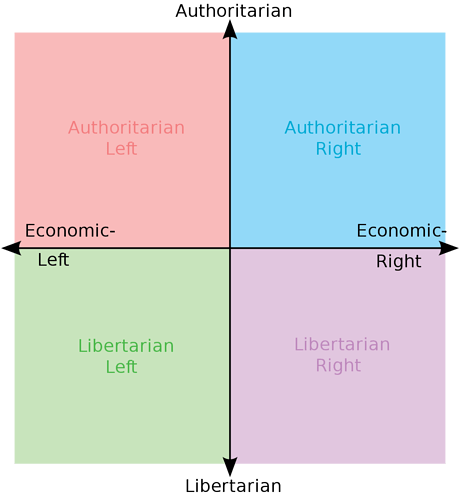 To answer your question, wrap this chart around a sphere and the endpoints meet in some form of feudalism.

virtually any self-help book from the last 30 years

fucl, I mean, if all you need is “have confident posture and be kinda stoic-y” but prefer it with a veneer of vague religious/mythical history you could have also just taken a karate class, or even just watched karate kid…

I like that. I’ll have to think about it some more.

EDIT:
So would feudalism be the point where the axes meet?
What defines the axes in the chart you’re showing me? (What is the null point?)

No, the sphere is my own addition to address your second question (an old and often-contested one called “horseshoe theory”).

So would feudalism be the point where the axes meet?

There are no real end-points defined, although when politicians are placed on the compass the arrows at the end of each axis usually indicate a hard limit (difficult to go further “northeast” than Hitler, for example). I’d stretch those limits a bit to wrap the compass around a sphere, but it wouldn’t have to be much of stretch to get the quadrants to enter the territory of feudalism.

Has horseshoe theory been discredited in any significant way?

In the one-dimensional “left/right” model it has a lot of flaws, which are often exploited in critiques by extremists. This is becoming a bit of a derail from the main topic so you’d be better off reading up on it yourself now that you understand the formal terminology.

What in particular did Peterson advise you to do?

“Be rational”? “Control your emotions”? Is that all? Why did you need to turn to Peterson for such nostrums?

The best answer I’ve seen to that question is that Peterson isn’t an intellectual, he’s a prophet. For a certain kind of individual, he makes the old, obvious advice suddenly feel real/important/exciting/actionable. See here.

He blasts away at “postmodernism,” “Marxism,” “the intersectionalists”

That is one of the best posts I’ve read in a long time.

True enough in many cases, but in Peterson’s case, I’ve yet to find followers who, for all the good they may have adopted from it, haven’t also absorbed a good deal of its toxicity. And so, I think it’s far to say that Peterson’s Bag O’ Grand Advice just doesn’t qualify as “good.” (At least not in my book, and no thanks to any offers of debate regarding the ultimately subjective nature of “good” and “bad.”)

It reminds me a lot of Aristotle’s virtue ethics (Nicomachean Ethics). You can’t really be specific about what it is to be virtuous as it differs in each situation.

That Jordan Peterson tries to teach people how to live right by his own standards is commendable in theory. But in practice he should already realize that what he is doing is ultimately flawed. Firstly because he himself is flawed. But secondly because his advice can’t be applied to all situations and he failed to explain that important point to his listeners.

I’ve listened to Peterson on and off for a few years or maybe a dozen or so videos on YouTube. I think you can get closer to enlightenment, or at least self-improvement, with 45 minutes of Aristotle than you could with a 100 hours of Peterson.

Ah, if we all had the time and tuition fees to pursue a minor in philosophy.