It will be very interesting if he wins the NYC Mayoral race. A great chance to (at least try to) put his ideas into action in a “sandbox” environment.

I can also think of many others who would probably have run farther away.

Can you think of any that would have run as far away as Cancun?

Awwww, beat me to it. =)
Yes but that person you think about that ran away, it was for their daughters, see.

When I lived in NYC I got hassled occasionally by security guards and random a-holes who had to let you know that you weren’t allowed to do photography in some place (they were usually wrong). It never got actually violent, though it is not surprising that it might. It happens less now that I don’t live in New York.

I can think of at least one that would stand there and watch for entertainment.

This fascinates me. There is a strange meme in tv shows that gives people the impression that they are allowed to grab someone’s camera if they take a photograph of them. There are a lot of people out there who are looking for any excuse to be violent or angry. The same people who will attack you for taking photographs don’t seem to mind the city putting video cameras on every utility pole. It’s strange. It’s not the photography, it’s the deliberate act of looking that they object to. It’s a very primitive impulse that predators and animals that live in hierarchies enforced by violence display. You don’t look at ME! I LOOK AT YOU!

I can think of one former mayor who would probably stop and frisk himself at the sight.

Andrew Yang just seems like the kind of good egg who would want to help.

Good on him. He does seem like a generally nice guy.

If only he were running for governor…

I mean, Cuomo, though…

Well, he’s governor… and why do you think I’m defending Cuomo? It literally has nothing to do with the mayoral race.

Really? I don’t know enough about NYC politics to have a worthwhile opinion but I think generally mayoral races are a good place for his ambitions at this time (I don’t mean that with any kind of snark either).

Just because Cuomo is bad (and he is) doesn’t mean Yang will be better.

No more rich businessmen with no real experience in politics, thanks.

Has concern for a stranger. Is willing to take on potentially life threatening risk to help that stranger.

From there it’s not much of a stretch to get to things like… Is willing to risk reelection in a fight for improved working conditions. Is willing to take on union bosses that are blocking police reform. Etcetera.

Isn’t this the guy who went through the halls at the Capitol helping clean up after the rampaging mobs trashed things? He certainly seems to walk the walk.

Oops, wrong guy. Thanks Melz for the correction.

Isn’t this the guy

No, that was Andy Kim. 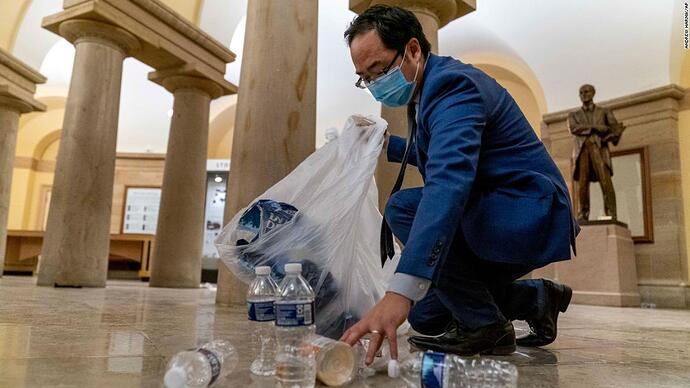 Rep. Andy Kim (D-NJ) talks to CNN's Don Lemon about why he helped clean up the US Capitol after it was stormed and vandalized by pro-Trump rioters.

Mitch probably would have tried to slip the attacker a gun.

Running NYC is more akin to running a state. It’s not like running a smaller town. It’s a high profile political position. Yang ran on the presidential primary as a one trick pony - that a basic income will be a silver bullet. I’m not convinced of that, even on the level of a major city like NYC. It will fix some problems, but there are many others that go unsovled if you just focus on that (and he might be running on some of those, I don’t know). It’s like members of the GOP running on tax cuts as the way to fix our problems.

There very well might be more there there with Yang, but I’ve not seen it yet. It comes off as yet another tech-bro who thinks he can solve all our problems because he successfully ran a business.

Has concern for a stranger. Is willing to take on potentially life threatening risk to help that stranger.

There are plenty of people willing to do that who probably shouldn’t run for office.

It’s a large scale set of complicated institutions, though.

He might very well win and surprise me, but from his presidential run, I saw nothing that really impresses me that much. Nothing personal against Yang, as he seems like a good human being.

But hey, what do I know. Clearly, nothing.

But hey, what do I know. Clearly, nothing.

You’re smarter than the average bear.

Also I looked up Yang’s 2020 platform (via Politico so take that with a grain of salt:) 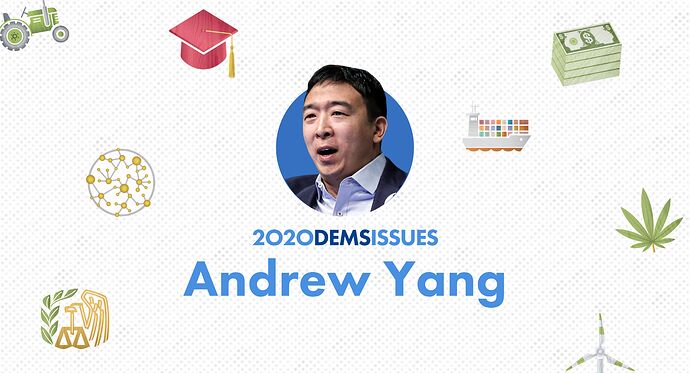 Where Andrew Yang stands on the biggest 2020 issues

Our policy team breaks down all of the presidential candidate’s proposals on the biggest issues driving the 2020 race.

Some things he claims to be for are alright, but others not so much.

I still don’t agree with rich people with no experience being elected to public office - if they want to get involved, let them start small at the local level and work their way up, thereby establishing a track record.