…Colkegan Single Malt, a barley malt whisky from New Mexico that’s smoked over mesquite instead of peat, and is indescribably, barbequishly magnificent.

Well I’ll be, I’d not heard of that. We have one here in Tucson, as of last year: still devilshly hard to get a hold of:

I love bourbon, and I like port. This sounds awesome, and thankfully is available in Australia at a reasonably non-insane price (I can’t believe I’m saying that about a $100 bottle of bourbon!). I had never heard of this before, so thanks for the heads-up, Cory. Can’t wait to try it!

I like the name. They call the small amount of booze that evaporates from wood barrels the “Angel’s Share”. I guess what is left they don’t get and are envious of it. Clever.

Not super big on bourbon, but I do love smoky peaty Scotch, so I’ll have to give that Colkegan mesquite a try.

Also, it’s already popular, but if you want a creamy smooth caramel-ish whisky instead of mouthful of bombastic flavor, give Koval’s Oat a try.

If it wasn’t 4am and the stores weren’t closed I’d drive my street 5 minutes to get me some Envy. Thanks for the tip! 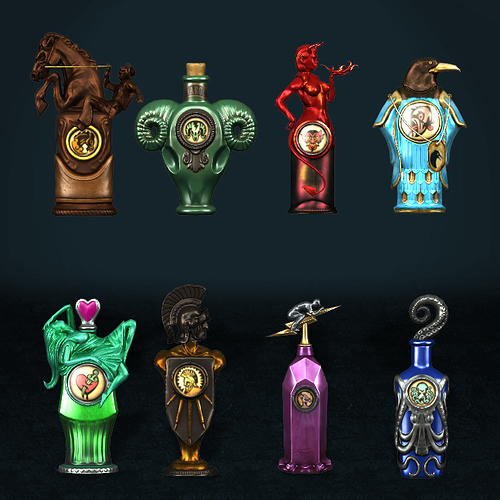 Dammit, Doctorow, don’t leave us hanging! Who was the UK supplier? I can’t find one anywhere. My wife is a bourbon fiend and this sounds like just her favourite kind of poison…

The Whisky Exchange shop at Vinopolis has one of the biggest collections of whiskies and fine spirits in the country.

Ask me nicely and maybe we can figure a way to get some to London – because I do day trips to Santa Fe every month or three (it’s a cheap train ride from here.) Besides, I owe you for the tip.

Mesquite smoke is to most other smokes like habeneros are to bell peppers: so intense that you have to treat it as a completely different type. I smoke chiles with mesquite, and even though they’re profoundly picante the main limit on how much one uses to season food is the smoke, not the heat.

That’s the rye – I got their LAST BOTTLE of bourbon! About half that price.

I got my first taste of that from my barber not all that long ago. I do like it, but I like port-finished single malts as well, so no big surprise there!

Also, next time you hit Seattle, the Good Bar in the Pioneer Square area has a nice looking Angel’s Envy cocktail…

angels is good – Bulleit is an affordable daily drinker, you could mix and not feel bad about it.

plus its bottle does look like something John Wayne drank from.

I found it to be a bit too sweet myself. Angels Envy is probably the sweetest bourbon I’ve tasted. You could make an old fashioned without adding sugar

Daily Drinker? Do… do we need to gather your friends and family and have a chat?

There’s plenty of it here in Pennsylvania.

I’ll second or third that opinion. I’m not a big fan of most bourbons, but Angel’s Envy is well worth checking out.

True bourbon aficionados might balk at the additional sweetness, but for the average drinker it’s a much smoother taste and can be more easily enjoyed on the rocks or as a mixer.

I found the Angel’s Envy Rye to be like drinking sugar water - not remotely enjoyable.

Next time you’re in Baltimore, MD to give a talk, let me know and I’ll direct you to the good whiskey bars in town.

I love it too. I’ve had their other at a tasting, and did not like it (I’d say that’s a good thing, do something very different, get other customers), though I can imagine an amazing mixed drink with it.