Angrier Things 2: Trump's Invasion from the Upside Down

Tom the Dancing Bug, IN WHICH Donald Trump invades our reality from the Upside Down.

The idea that Trump would suddenly change direction once elected seems to be happening. Cunning ploy? Or is Trump in electioneering mood a different beast from everyday Trump? It’s possible, as many professional politicians are like that. Is a dose of that old New York liberalism working its way through the system again? Or is he just saying what he thinks will keep the electoral college from becoming faithless?
Doubtless I’d know if I looked at Twitter, but I’m going to start looking at Twitter about the time I start regarding Pravda or Fox as reliable information sources.

Yeah, Pravda is just part of the Liberal Media Agenda.

Can someone tell me what’s the deal with the frogs?

I presume it is something to do with the Netflix series “Stranger Things”; though I’ve not watched it, and so don’t know for sure.

Are you accusing our Glorious Leader of hypocrisy? Don’t stand too close to me, citizen.

It’s a reference to Pepe the Frog. Pepe the Frog (/ˈpɛpeɪ/) is a popular Internet meme. A green anthropomorphic frog with a humanoid body, Pepe originated in a comic by Matt Furie called Boy's Club. It became an Internet meme when its popularity steadily grew across Myspace, Gaia Online and 4chan in 2008. By 2015, it had become one of the most popular memes used on 4chanTumblr. By 2016, the character's image had been appropriated as a symbol of the controversial alt-right movement. The Anti-Defamation League added certain incarnat... 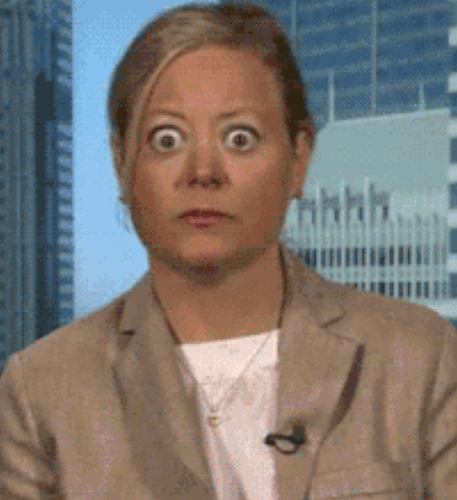 Are you accusing our Glorious Leader of hypocrisy? Don’t stand too close to me, citizen.

I’m probably standing between 3 and 5000 miles away, you’re safe for now.
Please, btw, could you get Trump to sort out a job for Nigel Farage pronto? Doesn’t Elbonia need an ambassador?

is Trump in electioneering mood a different beast from everyday Trump?

Of course not, all the way through the election he said whatever he thought the people in front of him at that point wanted to hear. (I still maintain he could have run as a Democratic candidate just as easily “We’re going to have the best equality, the BEST! And healthcare? Let me tell you about healthcare, I want to tell you, the people of this country deserve the best, THE BEST healthcare, and that’s what we’re going to give them, and we’re going to make cancer pay for it!”)
He’s not some kind of fascist super villain, he’s just good at saying whatever comes into his head and making it sound sincere.

The idea that Trump would suddenly change direction once elected seems to be happening.

Because the alternative is too terrifying to contemplate. It also helps that Trump is backing off from some of the things he threatened because he’s beginning to realize, now that he’s forced to think about them, that many of the things he promised would either be an enormous amount of work or actually impossible, or could bite him on the ass (or all three, in the case of the libel law threat).

Please, btw, could you get Trump to sort out a job for Nigel Farage pronto?

He’s working on it.

(May has already shot this down, of course.)

[quote=“Enkita, post:2, topic:89971”]
The idea that Trump would suddenly change direction once elected seems to be happening.
[/quote]In what way?

He’s still trying to do anything else on the stupid contract he wrote on his website. What is it he actually reversed a stance on that is something he can control the outcome of?

He’s not some kind of fascist super villain,

No, more of a fascist super idiot. He likes to be the dominant winner; that makes him feel good. He likes to bully others. He’s totally narcissistic. He has a serious paranoid, vindictive streak. Does he have real ideological commitments? Not so much. This is actually kind of a problem–you never really know what he’s going to say from one day to the next. Except that it will probably be stupid, uninformed, noncommittal. He does seem to have some real racist and misogynist tendencies. He clearly isn’t bugged by the racist, stupid stuff people around him are saying and doing.

Donald Trump wanted to be president in the worst possible way.

Hey. I think we could all use this right now, before rejoining the battle:

Mr. Bolling is a genius. It can’t be said often enough.