Another unarmed black man assassinated by the police

This one in El Cajon, CA. 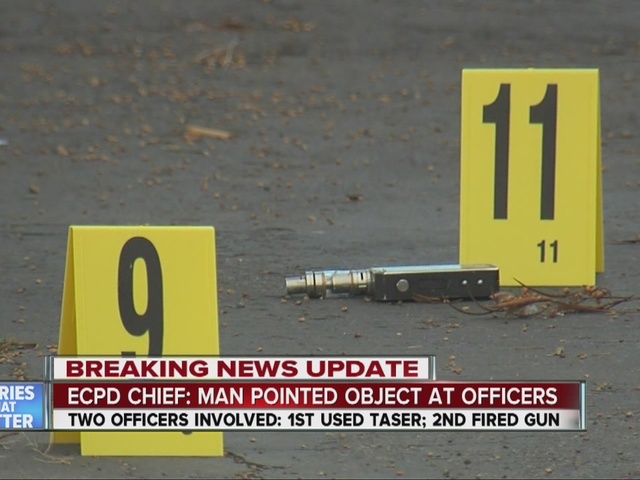 Police in El Cajon are reporting an officer-involved shooting at 833 Broadway.

It may have been suicide by cop, but one of the cops involved is a very bad dude. Follow the links in the article for details.

They really need to sort out some method of communication when a taser is being used. Firing a taser and a gun simultaneously is pointless. And it happened in Tulsa as well.

Apparently the sister of the dead man called police for help, and instead she ended up part of a chain of events leading to the death of her brother. Can you imagine.

I absolutely can imagine. That’s why I never call the cops. Never.

This appears to be another case of someone getting killed for being a POC with mental illness.

Obviously, the apologists are already out there saying he shouldn’t have been acting so irrational if he didn’t want to get shot.

In a statement, the police department said that one of the two officers at the scene did use a “less lethal electronic control device” but that it was deployed at the same time a second officer fired his gun.

The thing that is really fucking me up about this one is that I trained the ECPD PERT (Psychiatric Emergency Response Team) including at least one of the involved officers.

Don’t. It’s not your fault officer shooty mcBangbang doesn’t care to actually be a good cop. You can lead a murderer to decency, but you can’t make them empathize.

And the other thing that bothers me is that he took something out of his pocket and aimed it at the cops in a shooting stance. Ok, But the cops also say it was not a gun, but refused to say what it was. Why?

It has been reported elsewhere that it was a vaporizer, and there are pictures of it laying on the ground.

I absolutely agree. It show an unacceptable lack of leadership, responsibility and discretion. It shows that the police aren’t well organized and if they can’t coordinate here, then I question their ability to be effective police.

A very dear friend of mine (retired ECPD, now deceased) gave me this ECPD challenge medal, and promised that showing it would get me out of anything in El Cajon short of a violent crime in front of witnesses. I think I’m going to mail it back to Chief Davis with a little note that I don’t want it anymore. 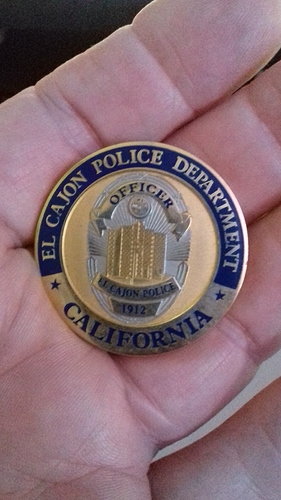 This topic was automatically closed after 142 days. New replies are no longer allowed.