Unless they happen to be STEAMPUNK PIRATES, in which case it will only make them stronger. 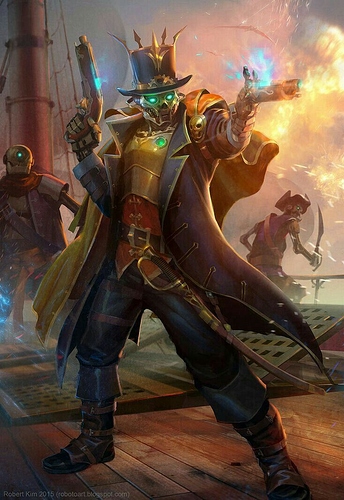 I don’t know how effective this would actually be against pirates. But as I understand it, they’re quite mean and desperate to start with, so if the success rate is less than 100%, you might want to think about how your attempt to poach their skin off will affect their mood towards you once they’re on board.

(by “you”, I of course mean the crews of these ships, rather than the owners who thought this was a good idea)

I’ve never scaled the side of a ship before, but it seems that the best opportunity to prevent a boarding would be keeping the pirates on the water. Barbed wire along the sides, boiling water, cut their ropes.

Once they are on the deck outside the bridge … those bars won’t stop them from shooting you or whatever.

That steam will cook them right quick. If that is, in fact, steam, not mist, anybody in on those decks won’t do anything but scream, briefly. That will be at LEAST 200 deg F. Could be a lot more.

Correction on my statement: They will scream briefly and then they will cook.

near the end of the video it shows a picture caption about fitting for oil and acid, which I suppose is being used as a deterrent and not a cleaning/lubricant system.

Seems like steam would suffice. Clean the ship too.

It helps if you scream this while using it: 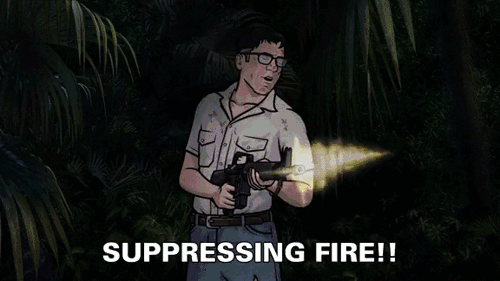 Clean the ship too.

That’s probably the song and dance story that they use. I’m sure that the maritime laws are complicated when it comes to deadly defenses on unarmed civilian ships.

“We just happened to be conducting ship cleaning drills when they boarded.”
“Do you normally clean the ship with sulfuric acid?”
“We had to get out the stubborn smells, from the previous boarding party.”

I’m more impressed by the fact that they can control everything and steer the ship via what looks like Windows XP. 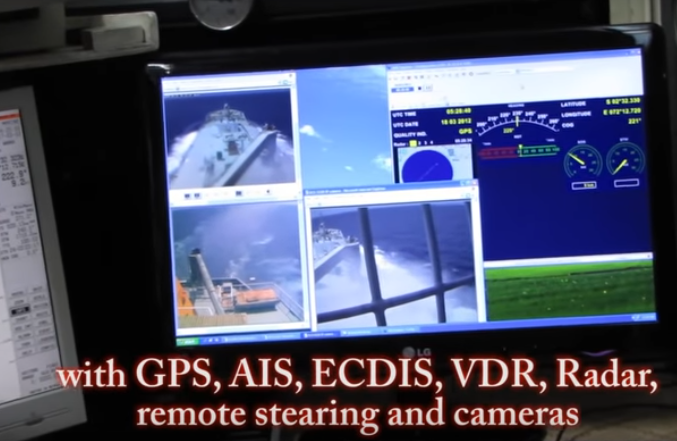 It’s all good until someone plugs in a USB stick that they found on the dock.

DRM is getting out of control.

SRM in this case.

Water is basically the US Navy approach to repelling boarders. Navy starts with fire hoses which can easily knock a border back into the water. Even at a slow 7 knots, the pirate would soon be in peril without rescue. If rescued, the pirates would have a catch-up disadvantage for another attempt. Either way, the pirates increasingly wind up sharkbait, or behind the power curve - “Curses - foiled again!”

Using hot steam pumped through the freshwater washdown system - as this video appears to show, seems lame because it can be defeated by wearing gloves while boarding.

These will show up on RVs with Doof Warrior attachment.

From watching steam locomotives I have the idea that pressurized steam loses heat very rapidly when vented to atmosphere. Would that be the case here?

Ah, noooo. Gloves would be of no use. You would need a full body suit AT LEAST. Even with that you would be cooked, literally, if you could not get out of the steam quickly.