Case in point. Today’s fascists are mostly cowards who hide behind thinly veiled symbols and phrases that provide plausible deniability. Or at least enough deniability to make it hard to prosecute.

It’s hard to write meaningful laws dictating how and when it’s acceptable to make the “OK” symbol or put parentheses around someone’s name or wear a polo shirt with khakis or whatever oh-so-clever bullshit code they’re using any given week.

What is that glove on the guy on the right in the photo?
Freaky.

Looks like it might be an armored bicycle or motorcycle glove? Obviously not donned for that purpose here.

Glove form of brass knuckles is what those look like to me. Beige, though, why would such a thing be available in beige? There’s nothing “tough” about beige. It’s antithetical to “tough”, it’s bland, if not cowardly, as in fearful of actual colors… 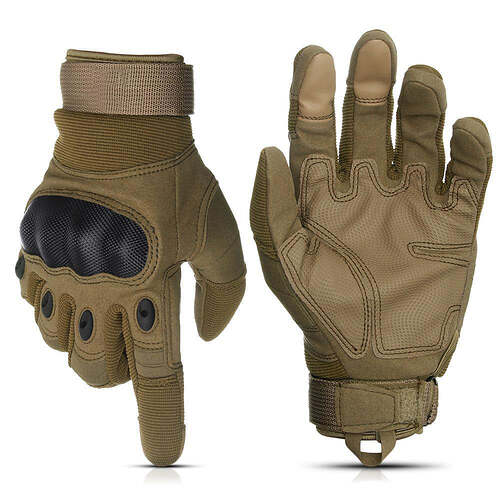 Reinforced Knuckle Molding to Maximize Protection During Operation Built With Double-Stitch Seams For Durability and Longevity Under Any Condition PU Leather Palm & Fingertips Enhance Grip And Work Flawlessly With Touchscreens Padded Mesh And...

That they are not all black (and therefore far more discreet) indicates that he wants to “look tough.”

A critical mass of Americans had to name the fascists for what they were before we could reach the point where “antifa” becomes a generic umbrella term for anyone of any ideological leaning who opposes them. It took a while, and the corporate media and Dem establishment still aren’t willing to call a fascist a fascist, but there are enough of us now.