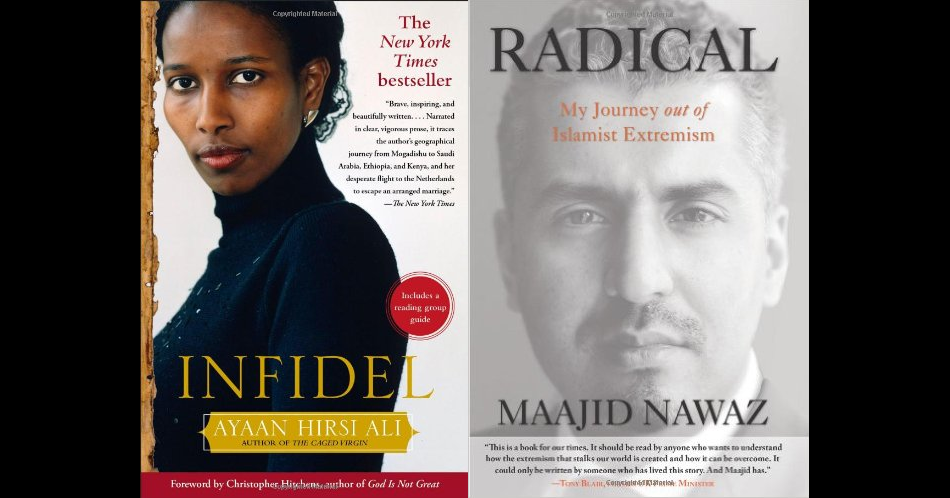 The SPLC needs to apologize immediately.

Maajid Nawaz and Ayaan Hirsi Ali are activists. Not Islamophobes. And in the case of Ayaan, she even has a legitimate reason to be afraid of the violence Islamic extremism perpetrates, seeing as she’s a victim of FGM herself. While Maajid is, in fact still a muslim himself.

Baffling. And what’s worse is that half the reasoning the SPLC claims for adding them to their list has nothing to do with what they say about Islam, and is just plain character assassination and irrelevant to whether or not they should be labeled anti-islamic extremists.

Now, while I support nearly all the SPLC’s work, and applaud their many victories and great work, I can’t bring myself to donate to them anymore. They are officially doubling down, and won’t reconsider. So until they get their heads out of their asses on this one, I have to donate to a different cause doing the same type of work.

Really, I’m shocked and saddened and it’s just one more betrayal in a week full of them now. The SPLC is better than this.

I don’t mean to impugn the SPLC in any general sense. I agree with its mission, strongly even. They’ve done a lot of good. But, as far as I can tell, there’s either

It looks like this was done together with Media Matters for America. That’s David Brock’s organization. The bizarre Brock is a grade-A loose canon.

Thomas Smith did a great overview, review, and critique of the SPLC’s move here, and even got a form-letter back from them.

So far, it looks like the SPLC is not confirming what people said years ago is what they believe now, not following their actual records, but being sure to publicize lots of irrelevant dirt on people. Sure, Ayaan and Maajid aren’t perfect people. But they’ve admitted and owned their mistakes. They’re not radicals. And to compare them with white supremacists and mosque arsonists is an injustice on its own.

What keeps disturbing me is that the SPLC is rejecting Maajid and Ayaan in favor of ideological purity. To the point where they’re branding them as anti-islamic radicals while Maajid and Ayaan are fighting for the exact same things the SPLC is. They agree, ideologically 99.9%, but apparently it doesn’t matter, because the SPLC has decided that muslim believing people are the same as islamic ideology. So any criticism of islam by default is somehow rhetoric against the overwhelming majority of the people who are better than the holy texts they believe in.