I still loved getting the supplies. Even today it’s hard to pass up new pens and fresh notebooks.

My annual Trapper Keeper lasted all of about a week before it started falling apart, but still the ritual of digging a red one out of the mess of the store shelves and a blue one for my brother still makes me smile 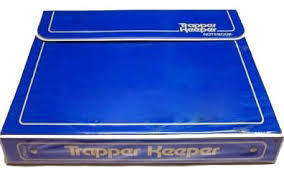 They know it’s their job to drive their parent’s batshit, barking mad and they revel in it.

And as parents, it’s our job to embarrass the hell out of them.

I call it a win-win!

{both child and parent deflate noticeably, walk away}

Apparently, parental pride and fulfillment go straight out the window after your third straight night of colicky baby.

And it’s all downhill from there, bro.

Child~“And I get three months off in the summer!” 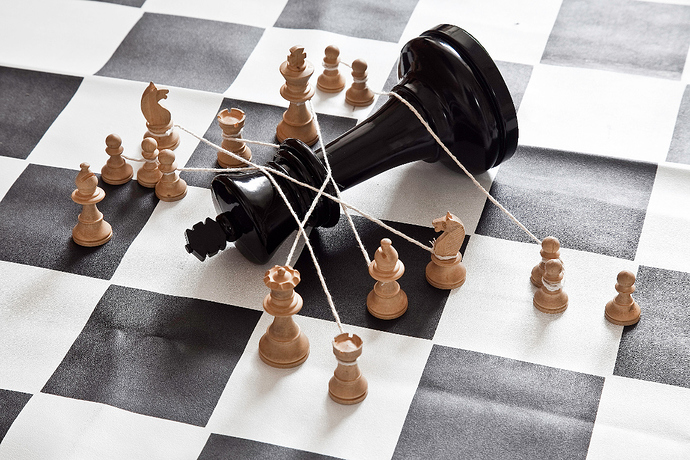 Man, that King lost hard. It must have been a fool’s mate or something like that, if the White King won the war without losing a single soldier.

I loved going back to school.

Two potential fatalities, won’t someone think of the children

She’s from a small town in North Alabama, where school started in early August. 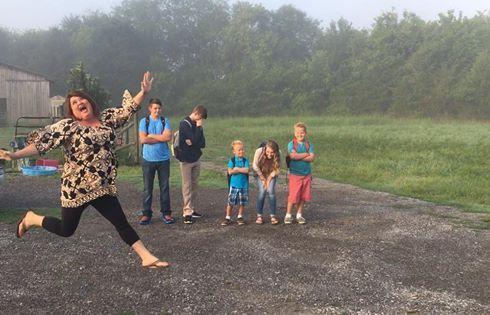 "Everybody all over the world, globally, is looking at Alabama - in a good light - and wanting to know more about where this crazy woman is from!" said Keshia Gardner of tiny Woodville, Ala., near Scottsboro.

Nah - one of them walks away fat paid, boyeeeee! Now eat your broccoli and get to bed.

I wish I’d gotten a picture of his face when I told him “It’s just you and me now, buddy!” I’m still not happy with how little he’s talking at 26 months, but he’s mastered swimming this week, so call it a win.

So is RB the Younger (RBtY) signing, or otherwise communicating? I can imagine you’ve already had his pediatrician take a good look for any telltale issues getting in the way. Does he laugh?

Sometimes, it takes longer (esp. for boys) to get that internal comms wiring all connected to the outputs. But you knew…

Don’t panic yet. My husband didn’t even start talking until his third birthday, I am told. He had two extremely chatty sisters (one older, one younger). He’s on the taciturn/laconic side as a grownup, but he does talk.

Swimming is going to be a big deal in the brain development department for RBtY: lots of crosstalk exercising the corpus callosum. Some crossing the body’s centerline in swimming. Good on ya for getting the lad in the pool.

Regarding the title, can someone explain this use of ‘area’ to me?

Local or from a region. A satirical flourish the Onion started by writing headlines that started “area man” instead of giving a specific local.

So is RB the Younger (RBtY) signing, or otherwise communicating?

Yes, he is fine developmentally. His hearing is fine, and he understands most of what he hears in English, Dutch, and French. He likes to read, and will follow along in books as we read out loud to him. He makes a lot of sounds, just few real words. It’s not particularly a concern yet, but all my others were talking fairly clearly by this age. But it’s been pretty confusing around this house for the last six months or so with the extra kids and all the language practice. It may well be that he’s just confused.

We used to have neighbors who had a hyper-articulate four year old and their two+ year old just made a lot of noise (the older sister would translate, “Roy said, ‘…’”). Anyway, Roy turned out fine. I’m thinking he didn’t try because he had a bossy and talkative sister who did all the communication for him (similar to what @j9c said).

You nailed it. Totally.

These days, at age 59, he’s got a habit of dispatching crucial info on a need-to-know basis. It’s… a process. Or that’s what I tell myself. This style of communication does make some things more complicated than necessary.

I think it’s most frequent use, apart from its generic use in the Onion, is in reference to the “(Oakland) Bay Area” in San Francisco, but I might be wrong. Actually, the more I think about, the more I think I’m wrong.

understands most of what he hears in English, Dutch, and French

This is probably a factor. Kids who are raised multilingual often experience some slight language delay. But they make up for it when they do start talking!

Also older siblings will often “translate” for a younger one, so the younger doesn’t really need to talk as they’re getting what they want most of the time anyway.

Yeah, the Onion uses it to satirize the vibe of local newspapers that take the minor triumphs (or major weirdnesses) of local denizens and treat them as newsworthy stories in part because the subject of the story was from right around here, y’all! The Onion uses that headline construct so often that one of their compilation books is entitled Fanfare for the Area Man.