I mean, not them personally, but perhaps for cops in general. When I saw this, my first reaction was, “Now those cops are going to get it!” But, of course, they’re not going to be punished at all for their bogus arrest, even though it was of a legislator.

Sure, but what’s the “failure” rate of those bodycams? In Chicago it’s ~80%. Those pesky antennas and power cables snap so easily when you lever on them with you billy club, you know?

Didn’t the Supreme Court say that we have a right to record the cops?

What gets me is when they arrest someone for “resisting arrest” and nothing else. In order for that charge to stick there must be some other, previous charge - at least, in any sane society with a properly functioning legal system. Judges should automatically treat a solitary charge of resisting arrest as a false arrest and punish the officer (and the prosecutor, too, he/she is trying to press charges).

Meanwhile in the UK since police were fitted with cameras complaints against police interactions with public are apparently down by nearly 94%.

Not sure that will prove the case here in the U.S. You do have to survive the encounter to file a complaint.

Naw, I just use water. Even today’s fixer doesn’t really have an odor.

They weren’t arrested for filming the traffic stop. They were arrested for interfering with it. I’ve video taped several police arrests. The only issue I’ve ever had was because the police thought I was too close. They asked me to step back. If I didn’t I knew what would happen. While we have the right to video tape the police we don’t have the right to walk into the scene and get a really good camera angle.

I’m sure the police will happily arrest anyone for interference no matter the reasonable distance, if they know you can see them doing something illegal.

Additionally, Rep. Walker did mention he was over on the sidewalk.

One my high school friends in Wichita (who is black) was trying to just get a glimpse of the aftermath of a police shooting a couple of weeks ago, and the cops walked him back at least one half of a “Kansas” block. He may as well have been on the other side of town.

What exactly is a “urban american”?

“You are not arresting me for resisting arrest. You are harassing me.”

Aha! So it wasn’t skittles after all! 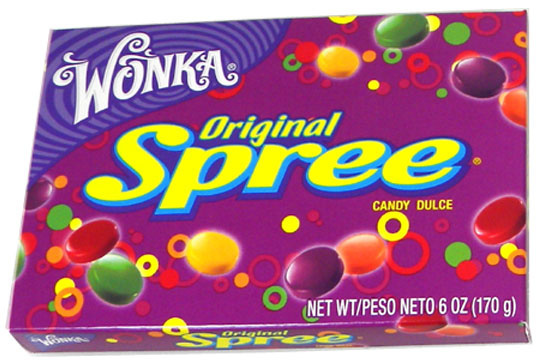 What exactly is a “urban american”?

An Urban American is an American from a city. You know…the inner city. Those people.

Film the police. Hold them accountable for their actions.

Cockroaches scatter in the light.

yeah. And in that case, where the police arrest you even if you are a block away they would be completely wrong. What I’m saying is that in this case they were not at a reasonable distance. They are very close and causing a distraction to the officer. It sounds/looks like to me that they are deliberately ignoring the police order to keep a safe distance and more or less want to get arrested to make a point. But whats the point? Is it that we can stand as close to the cops as we want to? I don’t think we have that right. We can video, and I believe I hear the cop say you can do whatever you want to from across the street. The younger guy walks in-between the 2 cop cars. That obviously is interfering with the police since he could end up standing where he blocks the dash cam which we all demand that they use.

also, why does this tape starts half way through the encounter?

How big of a dumbass is this officer, to not realize, with all that’s going on right now, what this is going to look like. I know they won’t fire him for harassing this man, but can they fire him for being an idiot? I mean, I’m sure the police chief there hates BLM and filming of the police, but he has got to be politically savvy enough to be aware that incidents like this make his department look really, really bad, right?

has got to be politically savvy enough to be aware that incidents like this make his department look really, really bad, right?

This is Arkansas we’re talking about. Police abuse of a person of color for failing to respect authority looks good there.

You can also buy a politician.

That is what the corporation is for. You form a corporation, a super-pac, and a lobbying firm. It is not like the old days when a politician could be purchased outright. That is too obvious. Today is more of a diversified time-share arrangement. Instead of having a few in your pocket, you buy an interest in the mind-share of all of them. This weights things in your favor without the unpleasant aftertaste of outright bribery.

That is what the corporation is for. You form a corporation, a super-pac, and a lobbying firm. It is not like the old days when a politician could be purchased outright. That is too obvious. Today is more of a diversified time-share arrangement. Instead of having a few in your pocket, you buy an interest in the mind-share of all of them. This weights things in your favor without the unpleasant aftertaste of outright bribery.

Or you can just have your “charitable” Family Foundation, that you don’t give any of your own money to, give $25,000 to an attorney general who’s looking to possibly prosecute you.