Holy carp! Those fish get big, don’t they?

Forgive my carping but

and shut the lock’s down

More seriously, I’m a bit surprised there isn’t a lower strength of current that deters fish, without being such a high risk to humans. But hey, a very good engineering solution to a man-made biological threat. Probably better than finding a natural predator and introducing that!

These attempts are not new-there hasn’t been a Daley in office for some time now.

Right? I’m next door in WI now but as someone raised in Chicago reading this over the first coffee I had a “this is what dimentia feels like” moment as I wondered if I could have missed the third generation.

I think the strategy today is mostly about just trying to get people to eat the Asian carp.

Speaking of invasive fish, does anyone remember the snakehead? Not only would they eat everything that moved in a body of water, they would take a stroll over land to find the next one. Whatever happened to them?

Oh yeah, carp get big! They are fun to catch, but few people like eating them (too many bones). As a kid I’d occasionally snag one and throw it back, but now you’re supposed to kill them.

They will also jump into boats, even small ones like canoes and kayaks. They can be quite scary.

Immortalized in almost as many bad SyFy movies as alligators, sharks, and giant snakes. 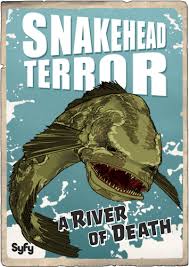 I eagerly await their upcoming movie about Asian carp that are empowered by electricity.

From the videos, it mentions that the smaller fish are less affected by the electric currents. (Think “step potential” electrocution from downed power lines where one is taught to keep both feet close together.) 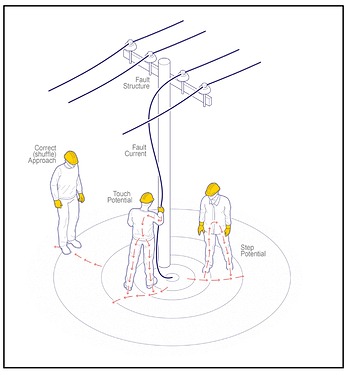 Speaking of invasive fish, does anyone remember the snakehead? Not only would they eat everything that moved in a body of water, they would take a stroll over land to find the next one. Whatever happened to them?

People realized they were tasty and stopped complaining? They’re pretty much endemic now in the East Coast watersheds, I caught one up in midstate NY in 2009 when fishing for bass, we just added it the catch (no limit on snakeheads; the bass were catch-and-release) but the rangers asked us give it to them for science so I have no idea how they actually taste. I later read that they ended up poisoning the entire river system to get rid of them, with uncertain success. It’s pretty much a given that they’re going to continue to spread, and are probably already in the Ohio and Mississippi systems, though I believe that is yet to be officially confirmed.

It’s too bad, because some jerk is going to relocate carp into the Great Lakes one way or the other.

They are fun to catch, but few people like eating them (too many bones).

not to mention that they taste like mud. i won’t eat that or catfish because to me they taste “dirty”. me, personally, i don’t like any freshwater fish. my trout fishing days in the PNW was strictly catch and release. salmon is a different story, since they spend most of their life in the ocean, eating other saltwater fish.
of course, not everyone can fish deep blue saltwater and i consider myself very lucky in that.

Fried catfish are delicious @FloridaManJefe. They"re the only fish I like to eat.