People revere thousands of relics related to dead religious people kept by the church and nobody bats an eye. Art gallery sells a tongue-in-cheek rubber Van Gogh ear and everybody loses their minds.

as a life-long van Gogh fan, i wouldn’t buy one, but i get that it’s one of the two or three things most people know about him, so i get the impulse to market off it and make fun. at least it’s exposing people to art and artists, i guess.

i wouldn’t buy one

If I saw it in the museum store, I’d get a momentary chuckle, because I have no problem laughing at dark humor. One of the reasons I wouldn’t buy it, though, is that it would completely lose its humor value out of context. If I have to keep explaining to people that my rubber ear eraser is funny because I bought it at the Van Gogh museum, and not just because it’s a rubber ear, then it’s not funny.

who has a pencil large enough? 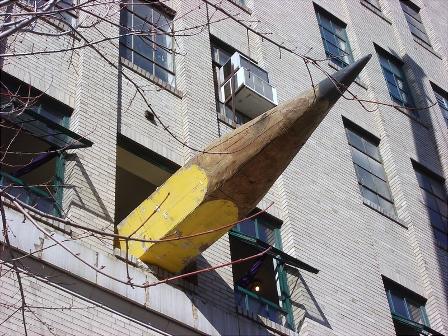 Boy can you imagine what that real ear would be worth? I would get it put in a lucite case and try to trade it for a amazing fantasy 15

Hmmm … As a novelty eraser I think it’s kind of fun on its own. I mean that’s the story that caught on with people for this long. In my mind Van Gogh as a pop culture icon is almost like some folk saint of the arts, and the ear is part of his iconography. 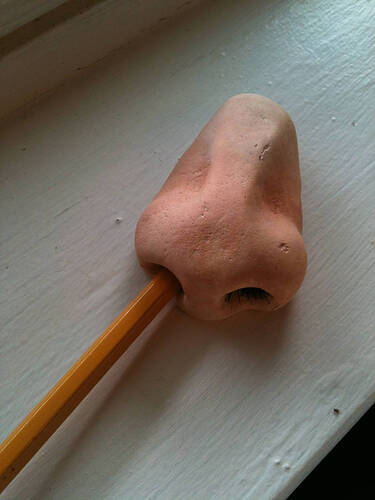 Based on Gaugin’s accounts, Van Gogh was the roommate from hell.

For sale at the Tycho Brahe Observatory gift shop,

Even the bathrooms had signs that said Gotta Gogh?

I don’t think art appreciation has to be solemn or reverent, but a touch of basic human decency seems like a reasonable bar.

Yes! Art and bathroom stuff should never cross the streams! 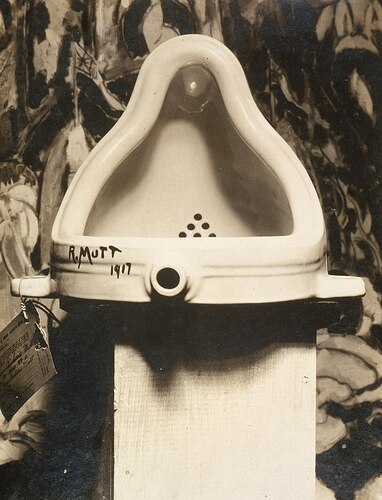 According to the Tate

Founded by Billy Childish and Charles Thomson in 1999, Stuckism is an art movement that is anti-conceptual and champions figurative painting

So while Duchamp’s fountain has lost some of its shock value, and at the time was not “commercialized” in the same sense as a Damien Hirst piece, it was somewhat in the same spirit as art that has been disparaged by Charles Thomson.

would be fine with me. But consider the source…

Wait, so it’s an eraser and it’s in the shape of an ear, which is part of the head…