Originally published at: Gentleman glues his head to Vermeer's "Girl With a Pearl Earring" | Boing Boing

I am just going to pop over to the Louvre, and throw gummy bears at the Venus de Milo.

Doing weird shit to old art is the new art.

At least he wasn’t trying to get people to cut down on fossil fuels.

“I’ve been studying the painting for two weeks, and I feel like I truly understand it. This was the best way to see if I could merge minds with it. I’m disappointed that it didn’t work out.” 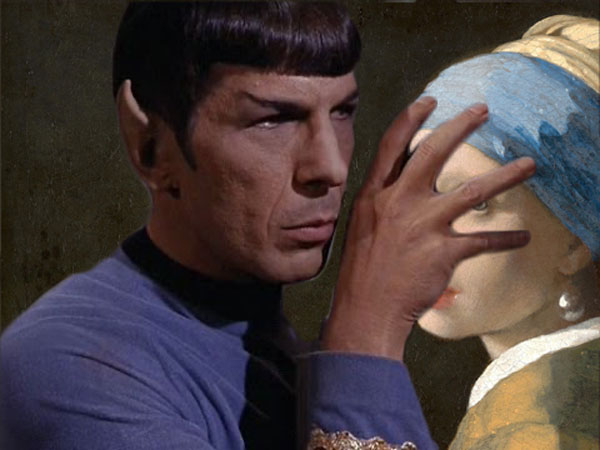 Their protest is entirely ineffective - they’re modern-day shoebombers - but 15 years from now when your kids ask why the art is 8 feet away behind half-inch bulletproof glass - you’ll be able to tell them why.

Why don’t these people get the shit beaten out of them?

Yes! Old school “streaking” would get attention and without the vast majority of people wanting to open up a Warhol-sized can of whoop-ass on them.

Thank god these people came up with an intensely unlikeable gimmick to get the attention of people who were probably already concerned and engaged with their viewpoint in the first place. Put a litterbox in a middleschool bathroom next time to really make a statement to the Carlson crowd, cool, keep going

Yes, because violence is an appropriate response to an annoying and misguided, but ultimately harmless, protest. /s

I prefer Volkswagen’s approach:
Close the doors for a few days.

Once word gets out that you’ll be cold, hungry, thirsty, soiled, and ignored and maybe the threats will stop.

Really? You’re comparing ham-fisted environmentalists to a guy who (ineptly) tried to blow up a plane in order to kill a bunch of people? Not the same thing AT ALL… They may be entire ineffectual, but they are not bent on killing people to get their point across, FFS.

Why don’t these people get the shit beaten out of them?

Because they can just be arrested instead? Are you in favor of the police beating people?

It is another “Just stop oil” protest. They’re just getting more and more elaborate - and somewhat confused. This time the one guy glued himself to the painting (well, the glass in front of the painting) and then the other guy poured soup on him…

The paintings already are. All the paintings being targeted are behind protective glass (and thus aren’t being impacted), thanks to generations of previous attention seekers, a number of whom actually did damage the art. Nothing will change as a result of these particular stunts.

Oh, these unoriginal and ineffective attention-seekers again. Forgotten by the time the Topic closes.

Glue him to a bench outside when he gets free & leave him there for a day or two.

At least he wasn’t trying to get people to cut down on fossil fuels.

Well I can’t think of a better way to harden the resolve of the people you’re trying to convince.

In that they’re both ineffective ham-fisted attempts to break the law and try to change the world, and failed miserably, but will also prompt even more security measures that ruin things for normal people? You bet I compare them. Because you’re right - they didn’t try to kill anyone, but you can bet there will be a huge security overreaction to the activity, so what their intent was is kind of irrelevant.

All the paintings being targeted are behind protective glass (and thus aren’t being impacted), thanks to generations of previous attention seekers, a number of whom actually did damage the art. Nothing will change as a result of these particular stunts.

Eventually someone will slip up, and glue themselves to something from that can’t give them the slip so easily. Then they’ll really be in a sticky situation.

If they had a kid would it be a Vermeerlcan or a Vulcmeer?